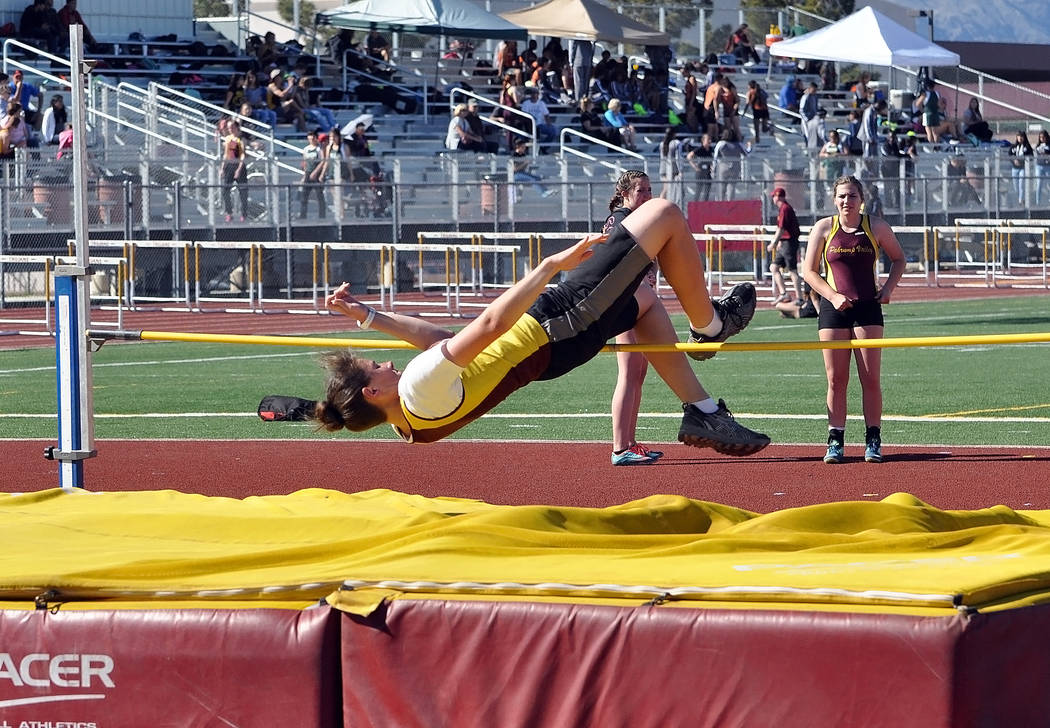 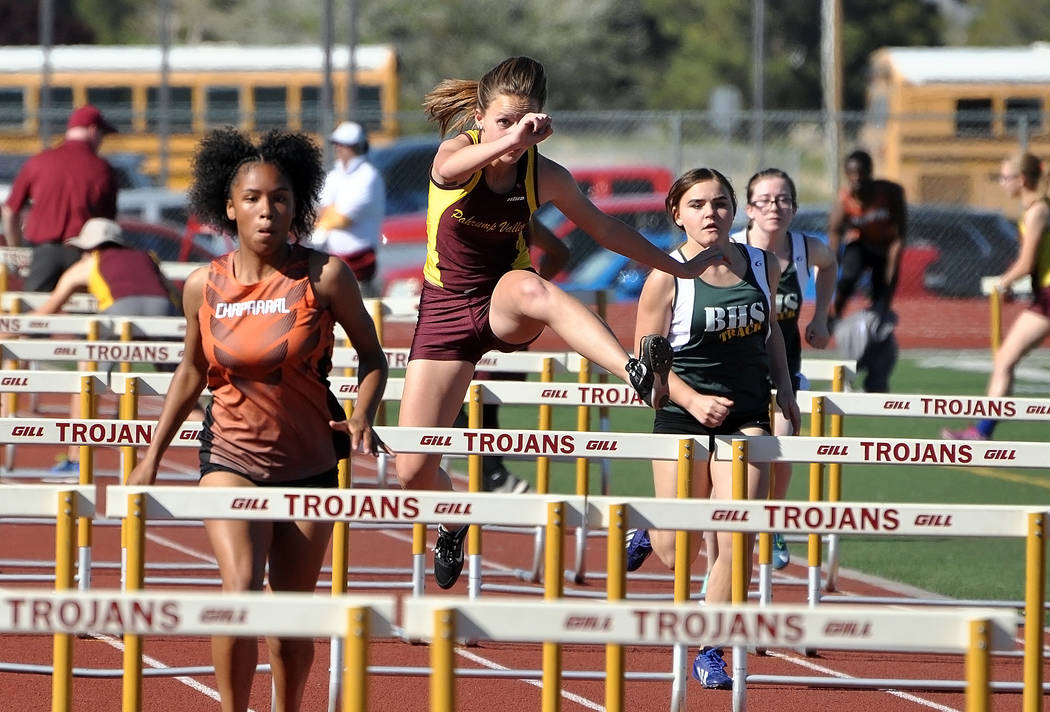 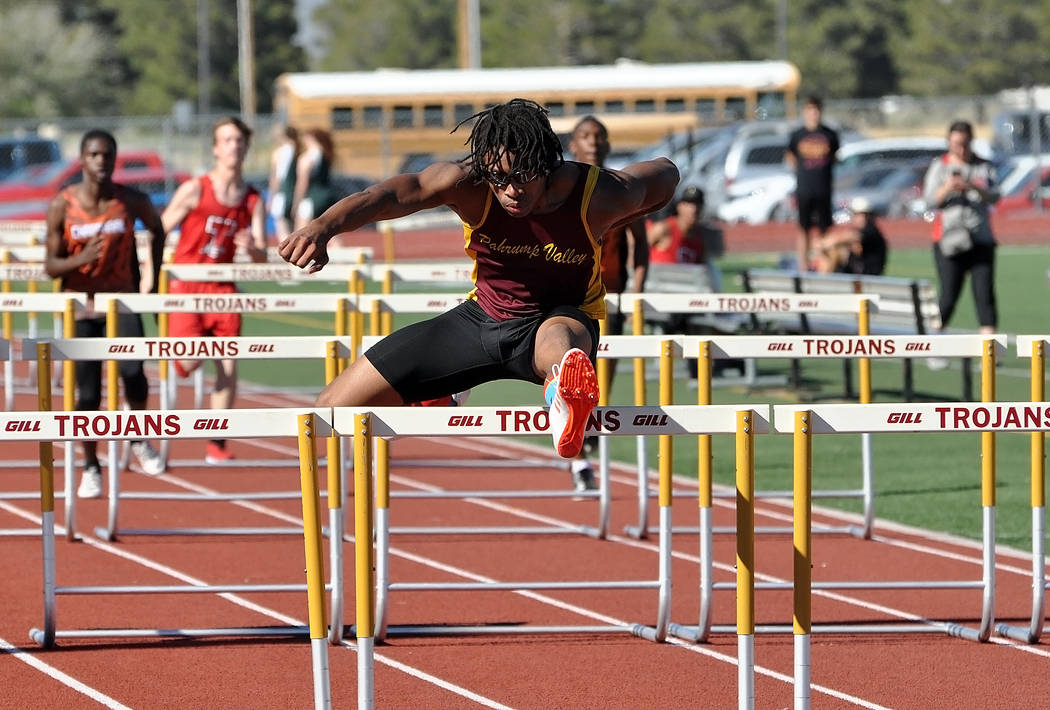 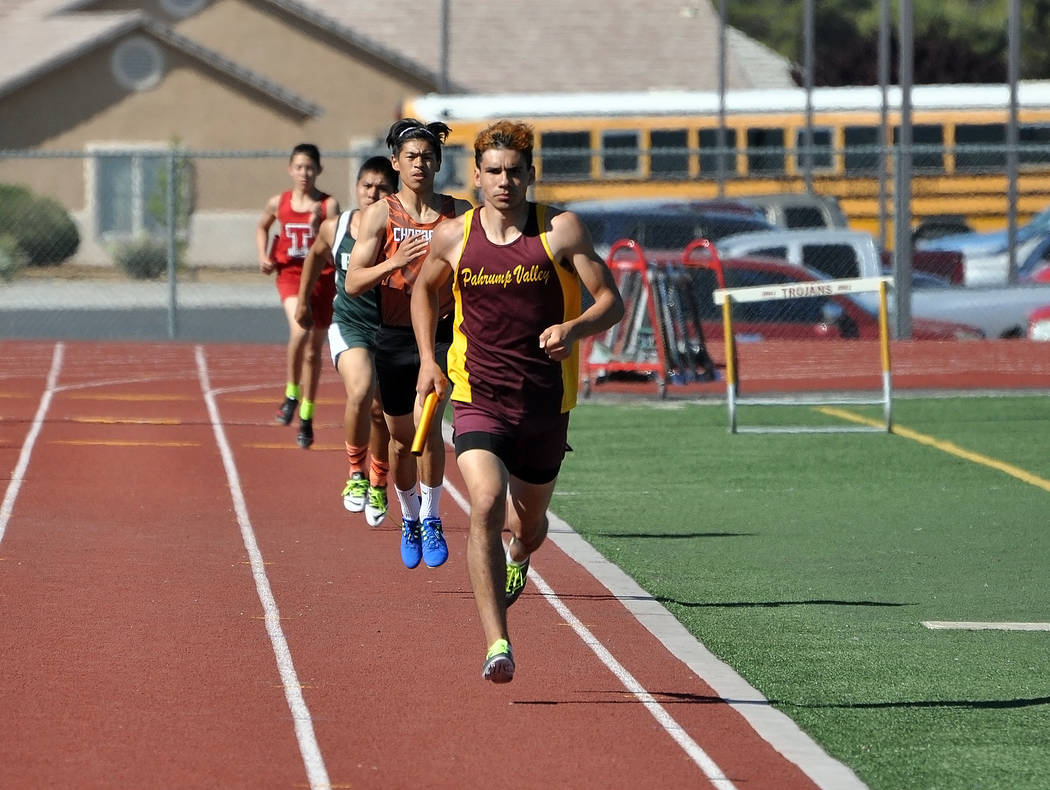 The boys dominated the meet, taking first place with 171 points. Chaparral was second (82), Beatty was third (52), Desert Pines fourth (47) and Tonopah fifth (22). This was a good meet for the boys because they showed a lot of progress in beating Desert Pines, who was the state champion team last year.

During the meet, Trojans track coach McKenzie Dean was excited to see how her boys would do against the Desert Pines team since they were state champions last year.

“I feel we definitely made a statement last week with both boys and girls winning last week, I think we definitely can come out and compete against the Desert Pines boys. It would be great to see how our boys are progressing. I want to see the momentum going.”

For the boys, the momentum started with the distance runners.

Michael Sonerholm took first in the 800-meter run (2 minutes, 16.2 seconds and a personal best), Grant Odegard took second (2:22.2) and Vincente Maglia took third (2:28.2). An interesting aspect about these runners is they are all freshmen.

Dean talked about her distance crew during the meet.

“We have strong distance runners, we are strong in the 800 and distance crew and we are getting there,” she said.

Dean said she was also pleased with the efforts of the boys sprinters.

“The sprints are taking time but we are progressing in that we are seeing huge personal bests from our sprinting crew, which is great.” the coach said. “And that is what I want to stress to our athletes. How are they improving each day? How much are they progressing?”

In the relays, the Trojans boys only had one first place, and that was in the 4×800-meter relay. The team is composed of Bryce Odegard, Layron Sonerholm, Sanchez and Clark (9:00.0).

Dean was also pleased with her girls and the program as a whole.

“It will take time to build this program and it is awesome to see how fast we are progressing,” the coach said. “The girls program is coming along. Strength in numbers has not been there and so we are really trying to build that program as well. We just had the junior high school program here the other day. With the girls we want to see the work and consistency in practice every day. It doesn’t matter if we have the best coaches in the world, we can’t teach heart. We need to motivate them but we need to work on their confidence so we can reach their full potential.”