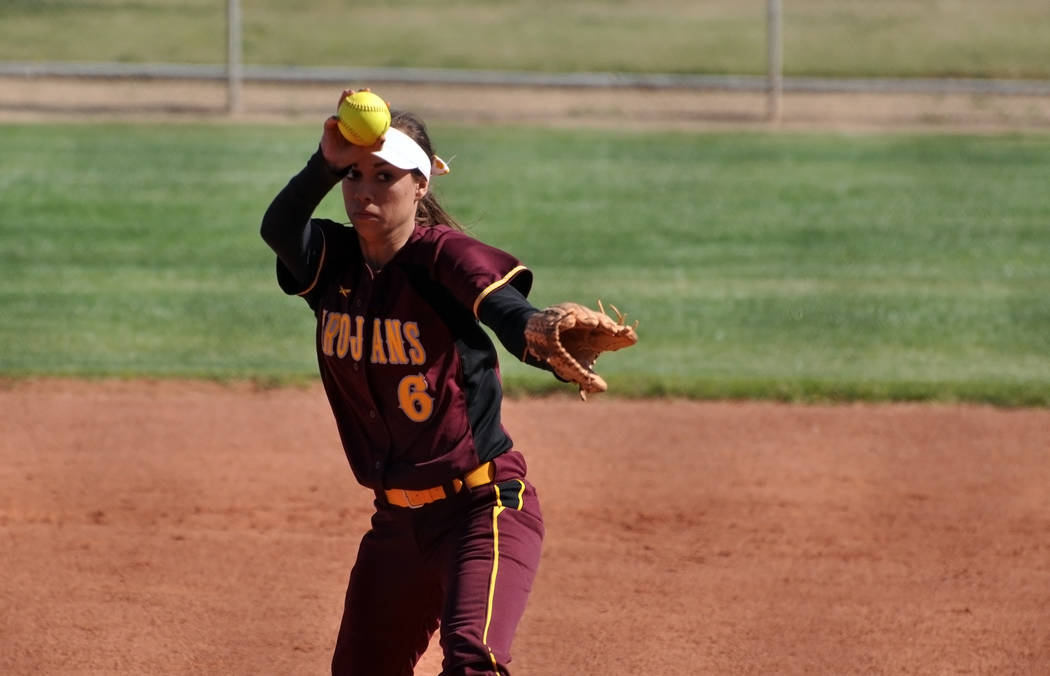 Horace Langford Jr. / Pahrump Valley Times Amaya Mendoza pitched a solid three innings in the second game of the doubleheader for the 17-2 win. The game was called after three innings due the mercy rule. 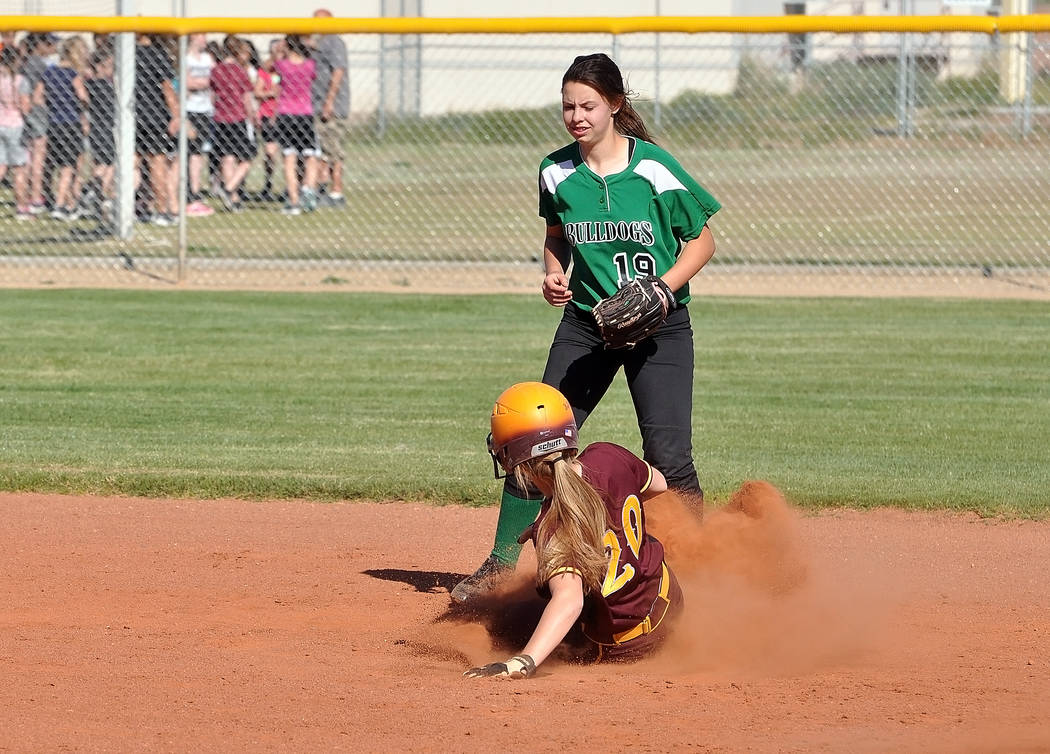 Horace Langford Jr. / Pahrump Valley Times - Hailey Sanchez slides into second base for the Trojans against Virgin Valley on Tuesday. The Trojans swept the doubleheader.

The Trojans softball team swept Virgin Valley in a doubleheader, they won 17-2 in both games on Tuesday at home.

Pahrump’s offense overpowered the Bulldogs so much that both games had to be called after the third inning due to a new league mercy rule.

“Our hitting was excellent, we had 10 hits in the first game and 16 in the second,” Trojans coach Eli Armendariz said. “Also we were helped by four or five hit by pitches and three base-on balls. If we get people on base we will score.”

The coach said his defense was sound against Virgin Valley (9-8 Sunrise League).

“We only had one error in each game, that’s what I like,” Armendariz said. “We were making good plays. We called the ball so we weren’t running into each other.”

The Trojans (10-2 Sunset League) offense has produced 53 runs in the last three games and as a team has not lost since their first tournament at the beginning of March, winning seven straight games. The team also beat Del Sol (3-5 Sunrise League) on Monday 19-2.

He said both pitchers, Krista Toomer in the first game and Amaya Mendoza in the second, did a great job.

In the first game, Evandy Murphy hit a triple. In that game, Jill Smith, Amaya Mendoza, Samantha Riding and Skyler Lauver all got hits.

In the second game, Jordan Egan went 4-4 with one home run. Lauver and Jackie Stobbe each had a double.

Jordan’s home run cleared the left field fence in the second inning. The bases were not loaded but she had one runner on.

“It was a 2-1 count and it was a high pitch,” she said. “The pitch was borderline and high and may not have been a strike. It was my fourth of the year.”

She said it hit the discus field in back of the softball field and over the fence. Her main goal this year is just getting on base, but she said it would be nice to beat the state record of 23 home runs this year.

“The most I have had was nine home runs during my sophomore year,” Egan said. “So I have quite a few more to hit.”

The Trojans host their first league game on Monday against Desert Pines (0-6) at 3:30 p.m.