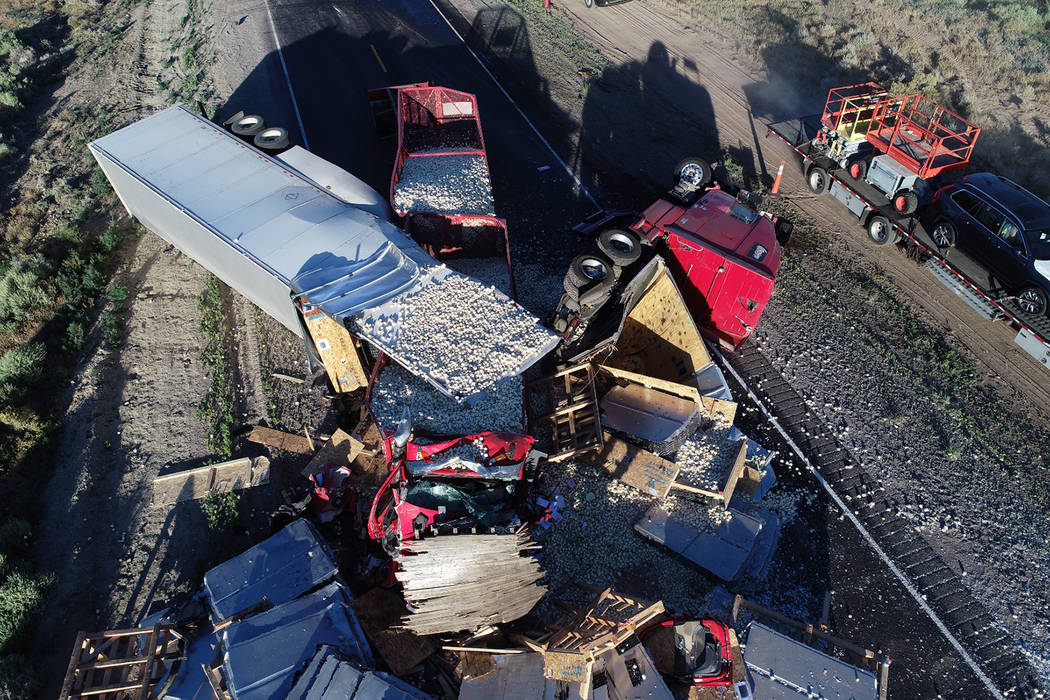 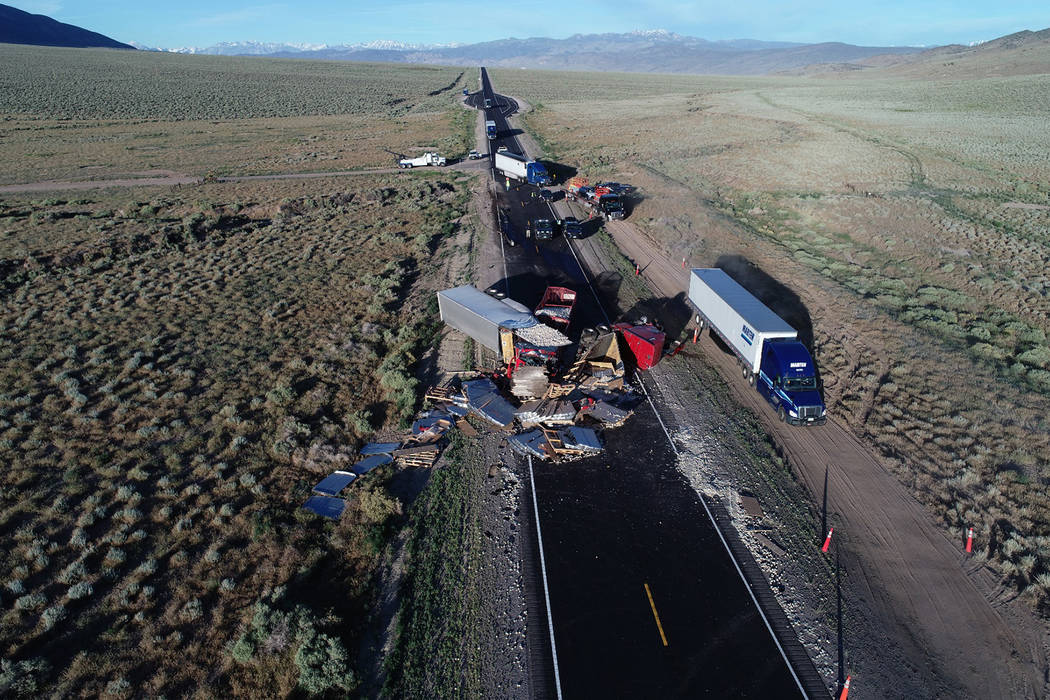 Nevada Highway Patrol Due to the extent of the debris, U.S. 6 was closed for an extended period of time, the NHP said.

The trucker killed in a two-truck crash near Tonopah was identified this week as a 53-year-old California man.

Dario Baez of Madera was pronounced dead at the scene, the Nevada Highway Patrol said.

The crash occurred about 12:05 a.m. July 3 along U.S. Highway 6 in Mineral County near Montgomery Pass.

“The Peterbilt struck the Volvo (truck), splitting the Volvo in two,” the NHP said.

Baez was the driver of the Peterbilt, the NHP said.

His was the only name released.

Due to the extent of the debris, U.S. 6 was closed for an extended period of time, the NHP said.

“Traffic was re-routed to the outside shoulder until all travel lanes were reopened at 2:50 p.m.

The NHP said it is seeking additional witnesses to this crash.

Witnesses are asked to contact the Nevada Highway Patrol Multi-Disciplinary Investigation and Reconstruction Team at ncwmirt@dps.state.nv.us