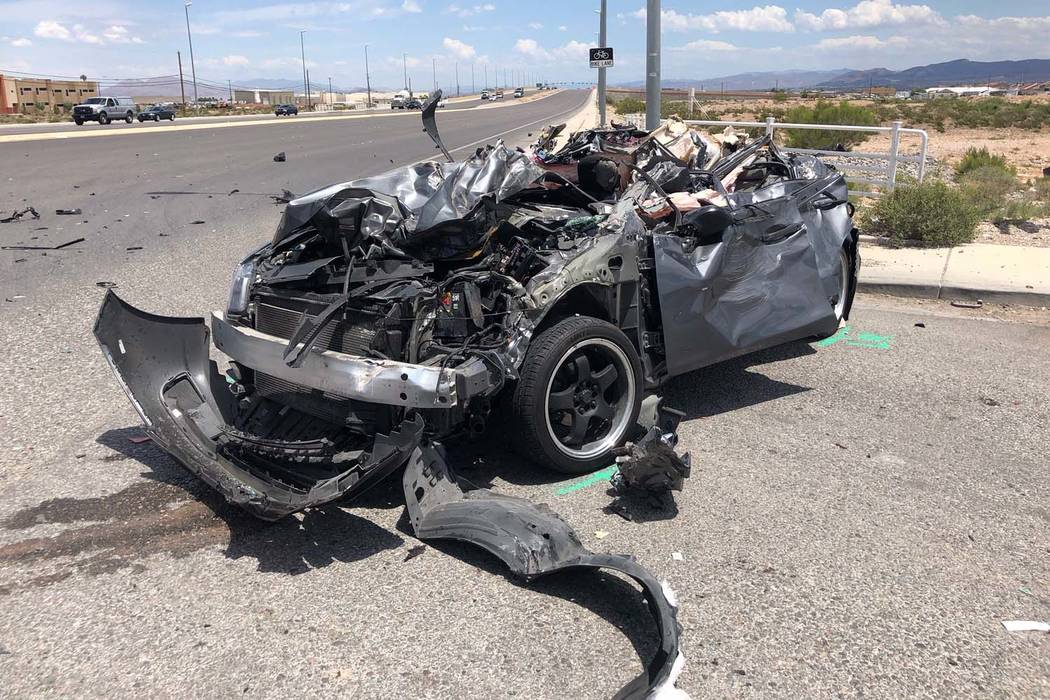 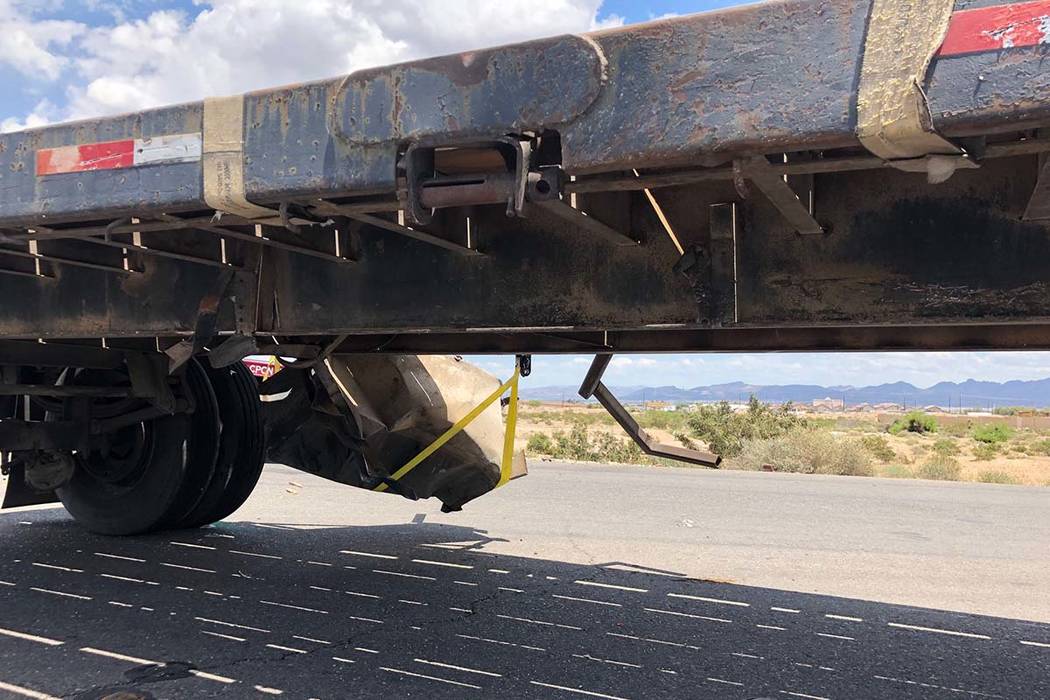 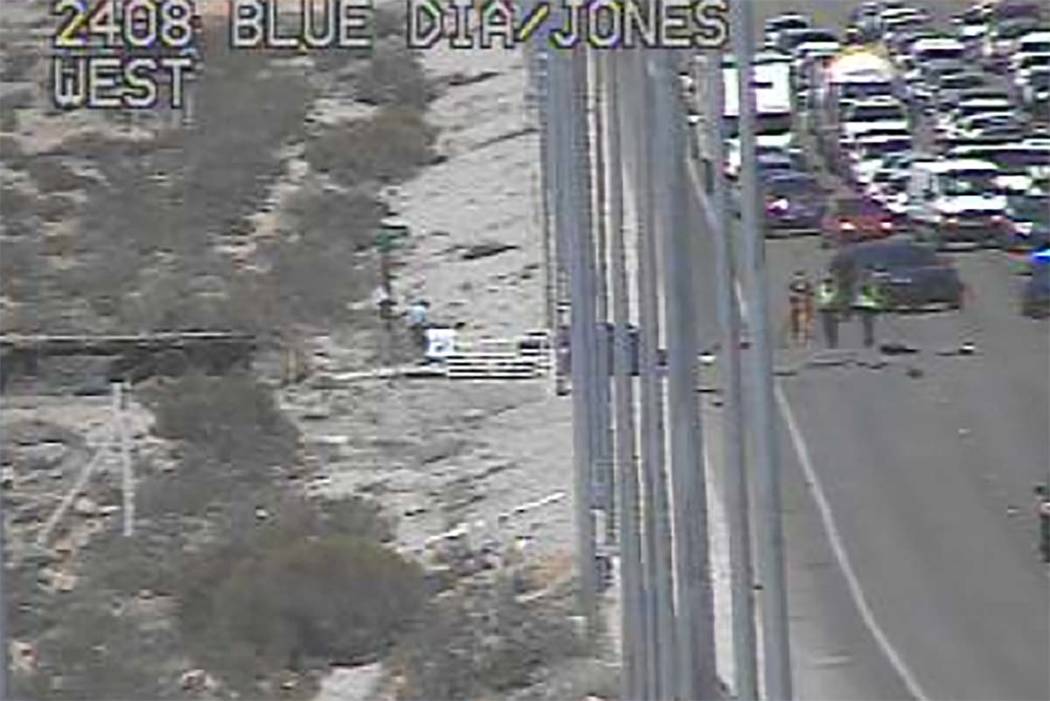 The Nevada Highway Patrol is investigating a collision between a semi-truck and a passenger car along Nevada Highway 160 in southwest Las Vegas, two adults were critically injured.

A 3-year-old child strapped in a car seat in the rear of the vehicle sustained no major injuries in the crash about 10:45 a.m. Friday.

The crash, which closed part of Highway 160/Blue Diamond Road for several hours, was reported near Blue Diamond and Torrey Pines Drive, according to the highway patrol.

NHP Trooper Jason Buratczuk said in a news release that the collision, which was initially reported as a fatal accident, occurred when the semitrailer hauling double trailers attempted to turn left from westbound Blue Diamond to go southbound on Torrey Pines.

The car, a 2013 Honda Civic traveling eastbound on Blue Diamond, struck the second trailer with such force that it caused the roof of the car to shear off.

The male driver and front seat female passenger of the Honda were taken to University Medical Center with “extremely critical” injuries, Buratczuk said.

An approximately 3-year-old female passenger in the rear seat of the Honda was properly restrained in a child safety seat. She was transported to UMC and is alert and appears to have no major injuries.

All lanes were opened before 2 p.m., but cleanup of debris from the wreck was continuing and drivers were urged to use caution in the area.