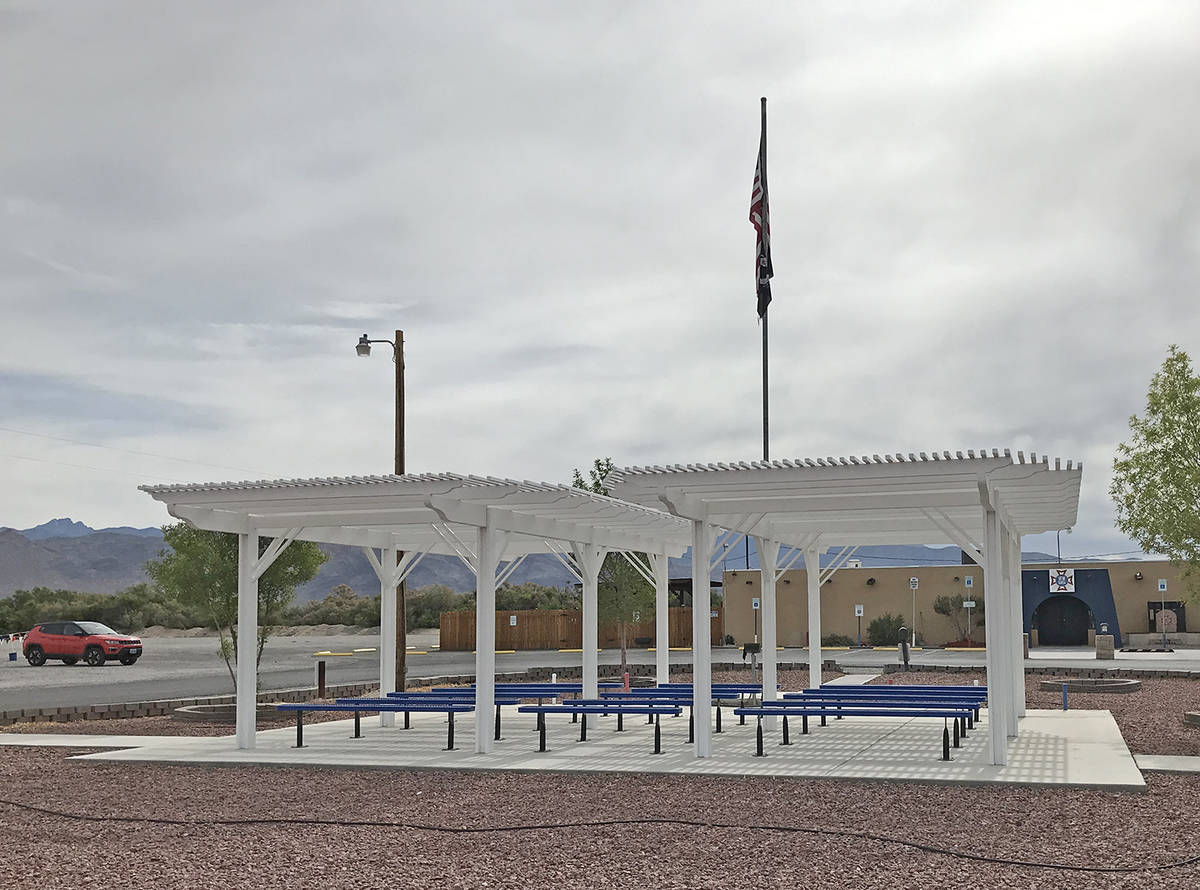 Robin Hebrock/Pahrump Valley Times The VFW Post #10054 recently made some upgrades to the post, including the addition of a pergola and benches, which will be used for the first time for a public ceremony on Sunday, May 30 in honor of Memorial Day. 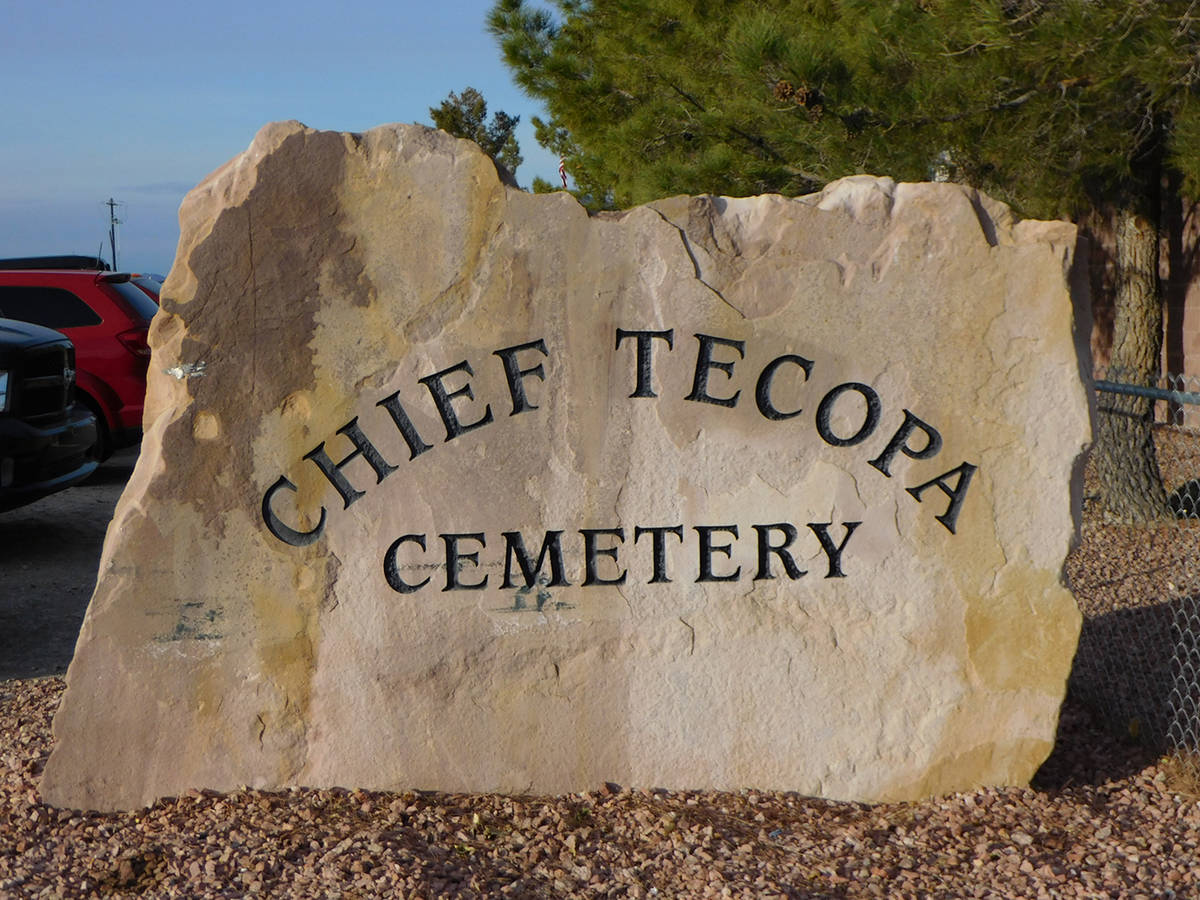 Robin Hebrock/Pahrump Valley Times The Chief Tecopa Cemetery is home to the Veterans Memorial, where two Memorial Day ceremonies are set for Monday, May 31.

For some, Memorial Day hails the unofficial start of summer and prompts thoughts of barbecues and family gatherings, parties and fun but for those who have proudly served America in the U.S. armed forces, and their family, friends and supporters, Memorial Day is not just a holiday or an excuse for a three-day-weekend.

Its meaning is much deeper, much more profound than simple enjoyment and amusement.

Memorial Day is an opportunity to pause for a moment and reflect on the loss of those who perished in service to their country, those who made the ultimate sacrifice in their bid to help preserve and protect the freedoms enjoyed by the American people. It is a time for remembrance and recognition, a time to honor the selflessness of those whose blood was shed in the name of personal rights and liberties, and right here in Pahrump, a town known as one of the most patriotic in the country and with a large veteran population, there will be two days of ceremonies to mark the occasion.

The first of the local observances will take place on Sunday, May 30, the date first selected for “Decoration Day”, which was the forerunner for what is now known as Memorial Day. At 11 a.m. that Sunday, veterans and civilians alike will come together for a ceremony in celebration of Memorial Day at the Veterans of Foreign Wars Post #10054. This organization of former military service members always commemorates Memorial Day on May 30, holding true to the original date despite the act by Congress that shifted the holiday to the last Monday in May.

The next day, Monday, May 31, which is this year’s formal, national observance of Memorial Day, the holiday will kick off with a solemn activity, the placing of American flags on the graves of veterans who were laid to rest at the Chief Tecopa Cemetery. The Pahrump Veterans Memorial Advisory Committee will be joined by members of the American Legion Post #22 and the Disabled American Veterans Chapter #15 and its auxiliary unit, who will spend the morning decorating the final resting places of men and women who served, those who may be gone but whose memories will live on long into the future.

The flag placement, which is set to begin at 8 a.m., will then be followed by a ceremony at the Veterans Memorial, located at the Chief Tecopa Cemetery. This event, set for 11 a.m., is being put together by the Marine Corps League Detachment #1199 and will include many of the traditional aspects of a military ceremony.

Once this event concludes, residents will be able to head over to the VFW Post #10054 once more for a ceremony in which a plethora of old, tattered and torn American flags will be formally retired, with all due pomp and circumstance. This year’s flag retirement will also include the retirement of the veterans’ banners that have been hung along the roadway surrounding the Calvada Eye. These banners, part of the Nye County Veterans Banner Program, were created as a method showing the county and town’s support for its veteran population but after three years in the bright sunlight and often windy conditions, they are now ready to be removed so as to make way for the next round of banners destined to decorate Calvada Boulevard.

The American Flag and Veterans Banner Retirement Ceremony is set to begin at 1 p.m.

Finally, bringing the Memorial Day holiday to a close will be the DAV Chapter #15, which will host its ceremony at 6 p.m. at the Veterans Memorial at the Chief Tecopa Cemetery.

The entire community is invited to attend the scheduled events and encouraged to take some time throughout the Memorial Day weekend to remember the true purpose behind the holiday, honoring the men and women who gave their lives in military duty.

The Chief Tecopa Cemetery is located at 751 East Street.