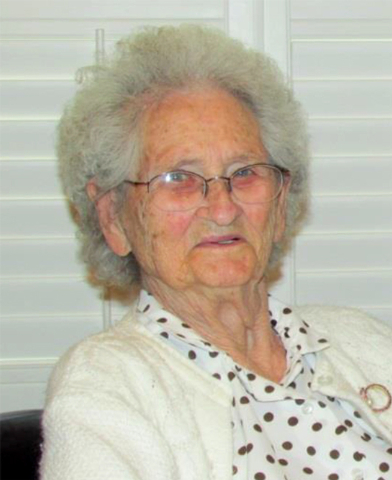 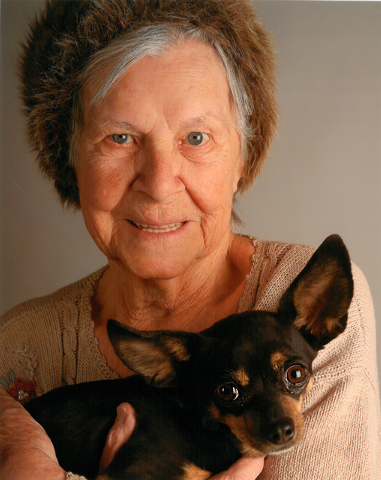 Two longtime matriarchs of the modern Pahrump Valley have died.

Beatrice Floyd and her late husband, Carl Floyd, were active in the Lions Club, VFW, and the Senior Center for many years. Granddaughter Shelly Floyd said “Grandma Bea,” as she was affectionately known by nearly everyone, had been a Pahrump resident for 47 years.

“She was friendly and outgoing, she always had a smile, she was always willing to help anyone that needed it. She had some quirky little sayings and she was just a neat lady,” Floyd said. “Years ago, she was very active in the local community, but not as much in the last few years. She loved spending time with family and friends and reminiscing. Her favorite phrase for many years has been, “I’m in good shape for the shape I’m in.”

Floyd also said her grandmother’s health took a turn for the worse after an incident at home late last year.

“She had recently fallen and broken her hip,” she said. “They performed the surgery the week before Thanksgiving to put some pins in. She was quite elderly, but before she broke her hip she really enjoyed pretty good health. She had a little bit of COPD but nothing serious to speak of. She developed a blood clot in her leg and I think that really was the final straw.”

Floyd, the sixth of nine children, was born Feb. 6, 1917 in Quinton, Oklahoma, to Gracie Lee and Ike Anderson. She married Carl Floyd on July 31, 1934, and had four sons, Ron, John, Wayne, and David. After World War II, the family moved to Chowchilla, California, where they lived for many years, then followed son Ronny to Pahrump in 1967.

Services are being planned for Friday, at the Shepherd of the Valley Lutheran Church, 650 S. Blagg Road. There will be a viewing starting at 2 p.m., with the memorial service scheduled for 3 p.m. Graveside service will follow.

Family members of Florence Eva Provenza are remembering their matriarch as a woman who was heavily involved in activities furthering education and arts for others.

Provenza and her husband of 72 years, Peter, moved to Pahrump in 1978 after nearly two decades in Las Vegas. The couple moved to Las Vegas in 1959, where she raised seven children working as the switchboard operator.

She started the original Provenza Realty in Las Vegas and eventually opened another office in downtown Pahrump. She was instrumental in the creation of the Las Vegas Board of Realtors. Additionally, Provenza opened Tlaquepaque Craft Store on Highway 160, where she and her daughters operated a craft center and the real estate business for many years.

She also sponsored the Provenza Realty softball team and was involved in fundraising to help other children obtain education. She initiated the Italian American Club along with its Women’s Auxiliary in Las Vegas.

According to family members, the Pahrump Visual and Performing Arts Council is still in existence today due to her involvement in its creation, and she was an accomplished artist herself with many oil paintings, pastels, tole painting, wood works, handmade dolls as well as custom-made quilts.

Family members said she died as she lived, surrounded by her family and friends too numerous to mention.

“Florence’s life was a celebration of adventure, ideas and ambitious dreams. She touched the lives of many.”

The passing of Floyd and Provenza mark the second and third deaths of matriarchal figures in the founding of modern Pahrump in the past five weeks.

Irene Wulfenstein, who passed away Dec. 20 in her Pahrump home at 76, had been in Pahrump since moving to the area with her husband, Ray, in 1972.