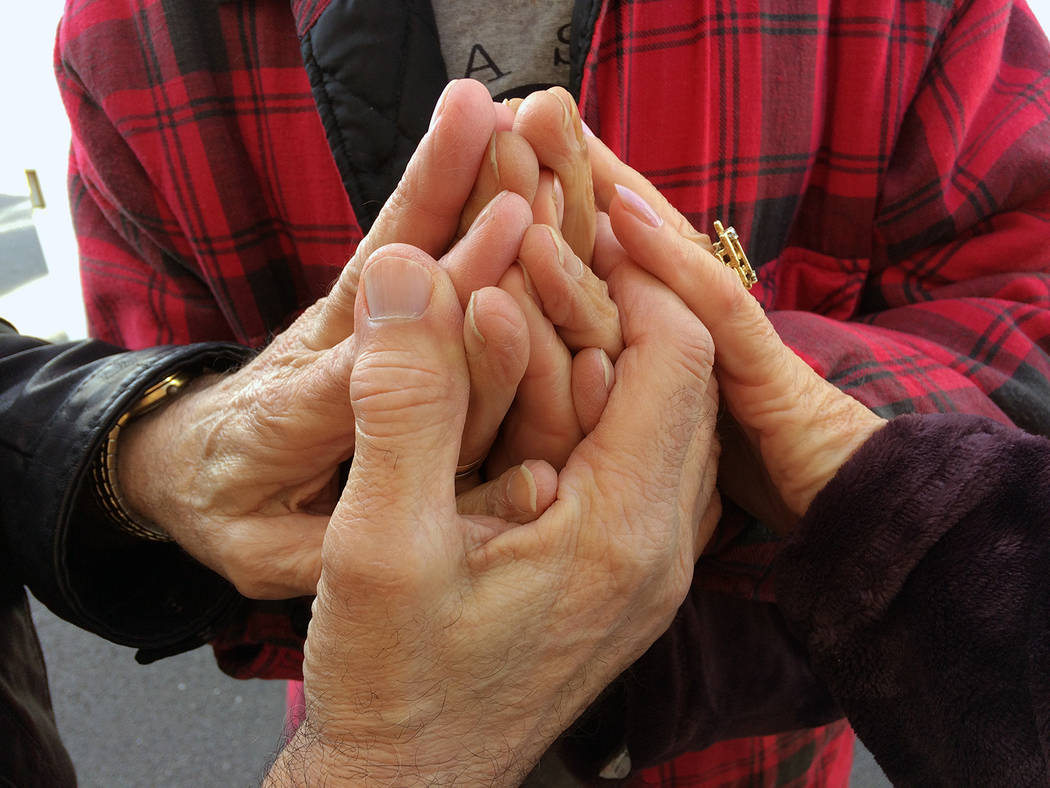 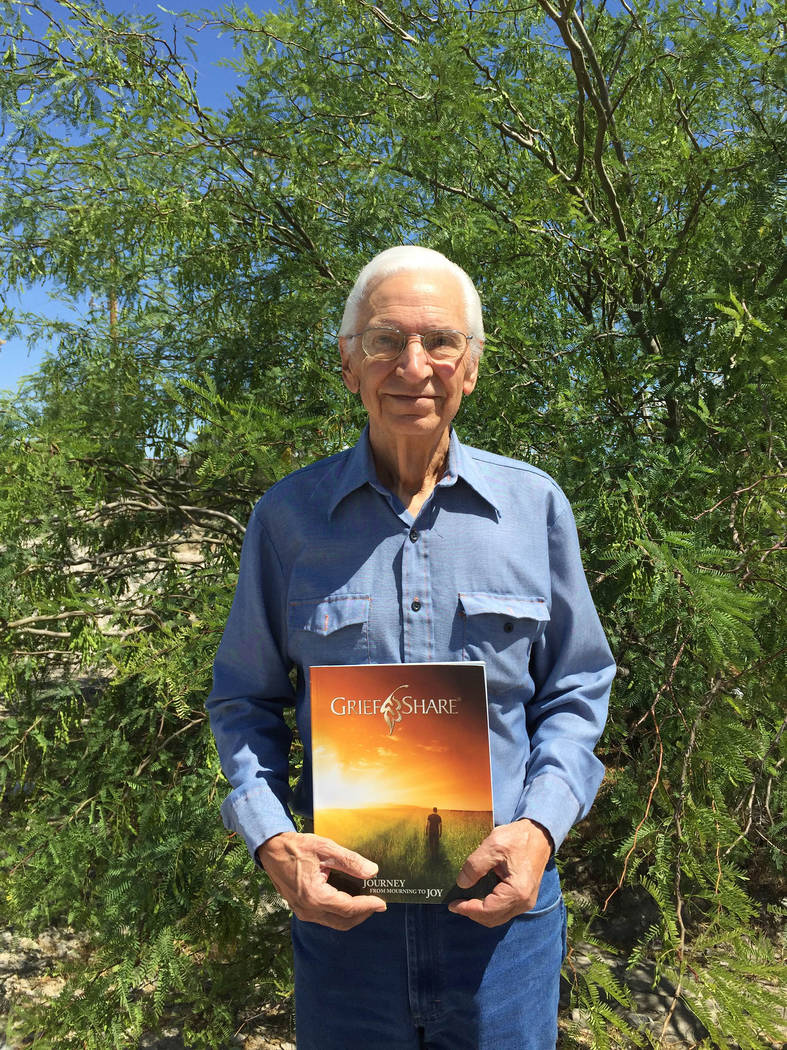 Mick Akers/Pahrump Valley Times Pahrump GriefShare chapter founder Pete Giordano brought the organization to the Pahrump Valley in 2015 after seeking help from the Henderson chapter following the passing of his wife. Now in its fifth year, Pahrump's GriefShare has changed the lives of more than 150 people so far. 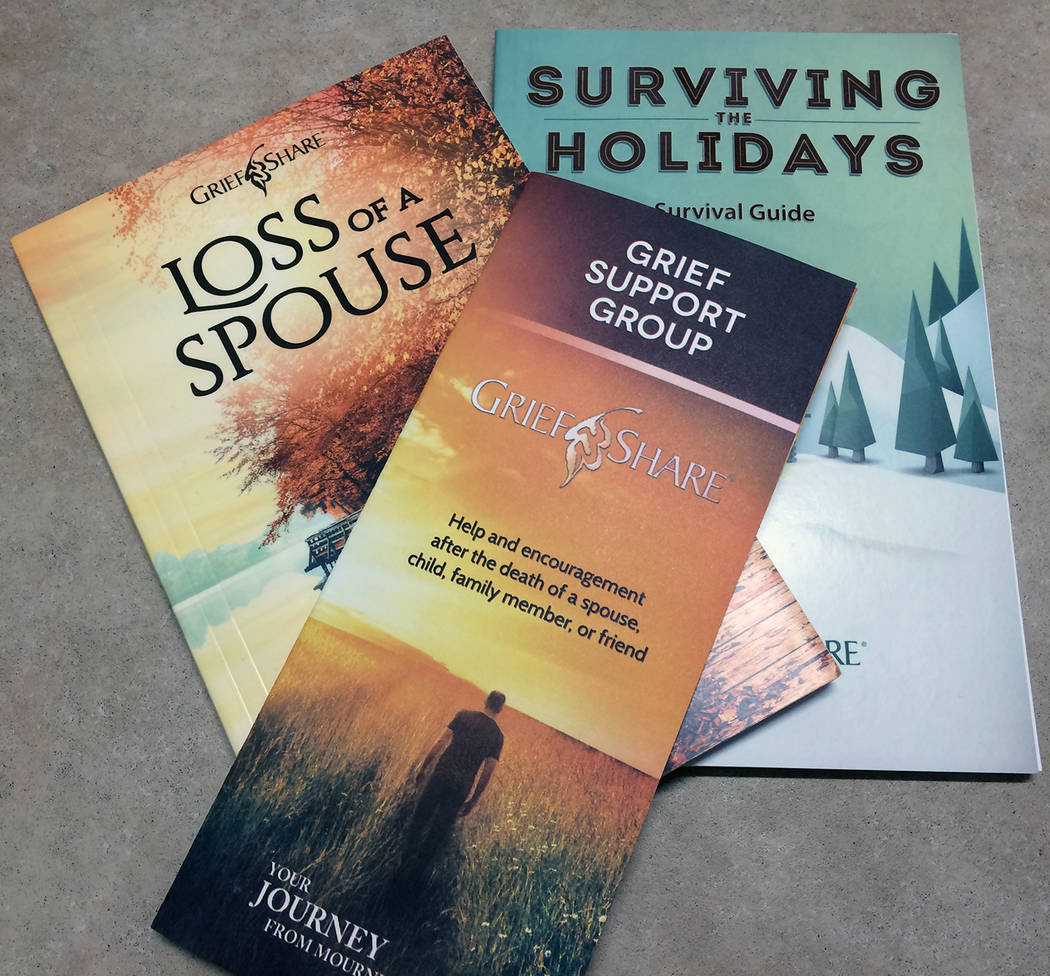 Robin Hebrock/Pahrump Valley Times In addition to hosting its regular 13-week cycles, GriefShare also hosts two "Surviving the Holidays" sessions just before Thanksgiving and Christmas each year and has recently expanded into special sessions on "Loss of a Spouse" as well.

Locked in a prison cell of grief, lost in a dark, empty void, wrapped in a desire to simply no longer exist.

When a person experiences the loss of a loved one, it can leave them feeling completely alone, without direction or purpose, in a place where the only thing of true existence seems to be a constant throb of pain and misery. It can even cause a wish to follow that loved one into the hereafter, to leave the world forever, to die.

For two Pahrump residents, this isn’t just a theory, it was their stark reality.

Tony Lambardi and Toni Garrison have both experienced the torturous anguish of having loved someone deeply and then lost them to death.

For Garrison, it was her husband of 35 years and for Lambardi, it was a staggering series of losses, with first his wife of 55 years, then his son, then his daughter all passing away within the space of just 10 months.

The enormity of these losses left both trapped in a daily struggle of grief, one that was so overwhelming it drove them to the brink of their own emotional tolerance. Lambardi openly admits that he was on the path to suicide and Garrison recalls that while she did not actively contemplate taking her own life, she came to a point where she no longer cared whether she lived or died.

But that was all before something incredible happened, something that changed their lives forever. That was before they found GriefShare.

“I found GriefShare through a brief in the Pahrump Valley Times,” Lambardi, with hands clasped tightly around each other and a slight tremble to his voice, said in an interview this month. “It was a small little ad and it was in the left-hand page, where the crease of the paper is. There was something on the page I wanted to read and then it was like God said to me, ‘Hey, look over here.’ And I saw it. So I called Pete (Giordano, Pahrump GriefShare founder) and let me tell you something, if I hadn’t found GriefShare I know I wouldn’t be here today.”

Garrison, sitting quietly beside him, nodded in solemn agreement, adding, “GriefShare is an amazing group, I needed help so bad and it was my only resource. I didn’t even know GriefShare existed until I saw it in the paper. I was in bad condition. Like I was telling them, I wasn’t going to kill myself because of losing my husband, but I didn’t care if I died. GriefShare was a God-send. I would not be here without them.”

Recounting her initial experience with GriefShare, Garrison said she was in such shock it was difficult to function or even talk in the beginning. When she first started attending GriefShare, she was completely mute, unable to form the words to express her emotions and thoughts. Gradually, however, she came out of that shell, and now, the group discussions are her favorite part of the program.

“It’s been less than two years and I am still in shock,” Garrison detailed. “And now, I’m going into the two-year mark and I’m getting weird feelings again. I thought I’d be over it and it’s just coming back. So I really have to go. I truly believe it’s a mandatory thing for anyone who is going through grief. I don’t know how anyone can handle it without GriefShare, I really don’t.

Lambardi said he and his wife had known each other since childhood, growing up together just two blocks from each other in Brooklyn, New York. They shared precisely the same birthday and, having spent their entire lives from age five with one another, Lambardi said they’d always believed God had put them in the world at the same time and when it was time for them to leave, he would take them both at the same time. That didn’t happen, and it left Lambardi utterly bereft.

“We knew each other 69 years, all our lives… And when she passed away,” Lambardi said, stopping for a moment to collect himself before continuing. “It’s a shock, when your spouse leaves and you’re still here and you have to survive.”

That was not the end of the tragedies for Lambardi, however. Just months after his wife passed, his son died, then his daughter only weeks following that, heaping grief upon grief upon grief until he felt as if he couldn’t go on. Once he found the brief on GriefShare, though, that darkness started to recede and today he is a much happier man than he could have ever imagined just a year ago.

“This format, the videos, the talking, the workbook, helps people beyond anybody’s thinking,” Lambardi said. “Because when you lose somebody, a loved one, a spouse, a child, a grandparent, it’s like losing part of you. And the only people who can understand, literally understand, are those who have lost someone. The facilitators are all regular people who have lost someone they love. There is no one there who is there because they have a PhD, those people have no idea. They may get paid big money because they have a degree but trust me, they don’t have any idea how to handle this. All of the facilitators at GriefShare understand, because they have been there.”

The pain of loss will never vanish completely, the two acknowledged, but it has eased dramatically and they both have a new spring in their step and fresh joy in their hearts. In other words, they can now go on with life and embrace happiness, just as they know their loved ones would have wanted.