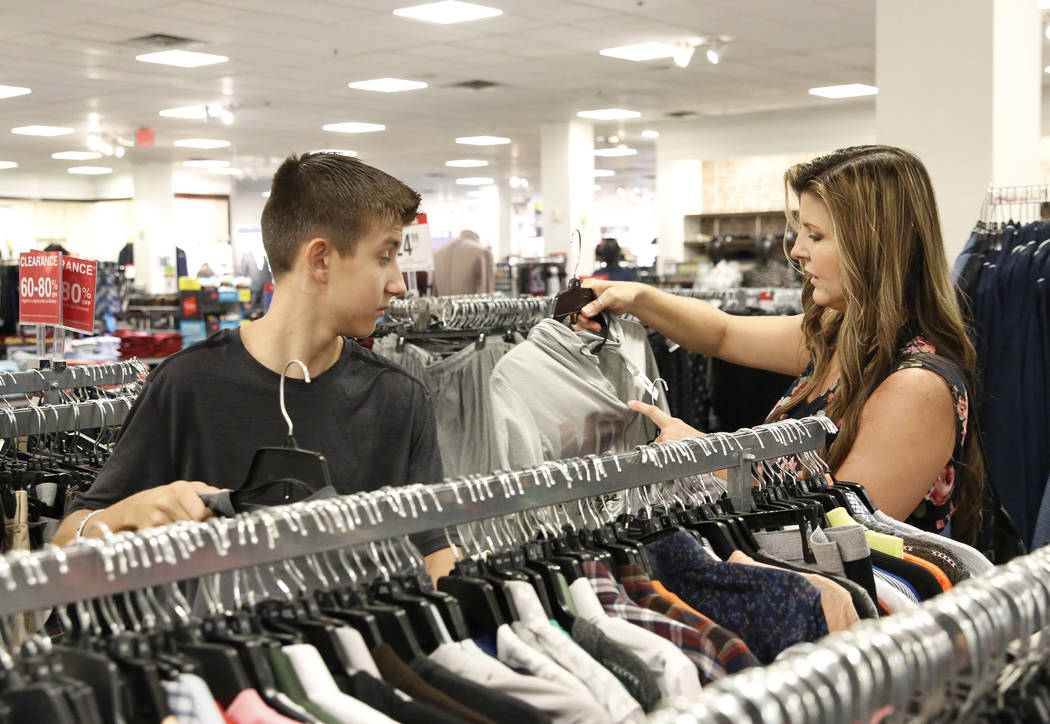 Bizuayehu Tesfaye/Las Vegas Review-Journal Most back-to-school shoppers (77 percent) had planned to start at least three weeks before school begins, up from last year’s 74 percent and 64 percent a decade ago. 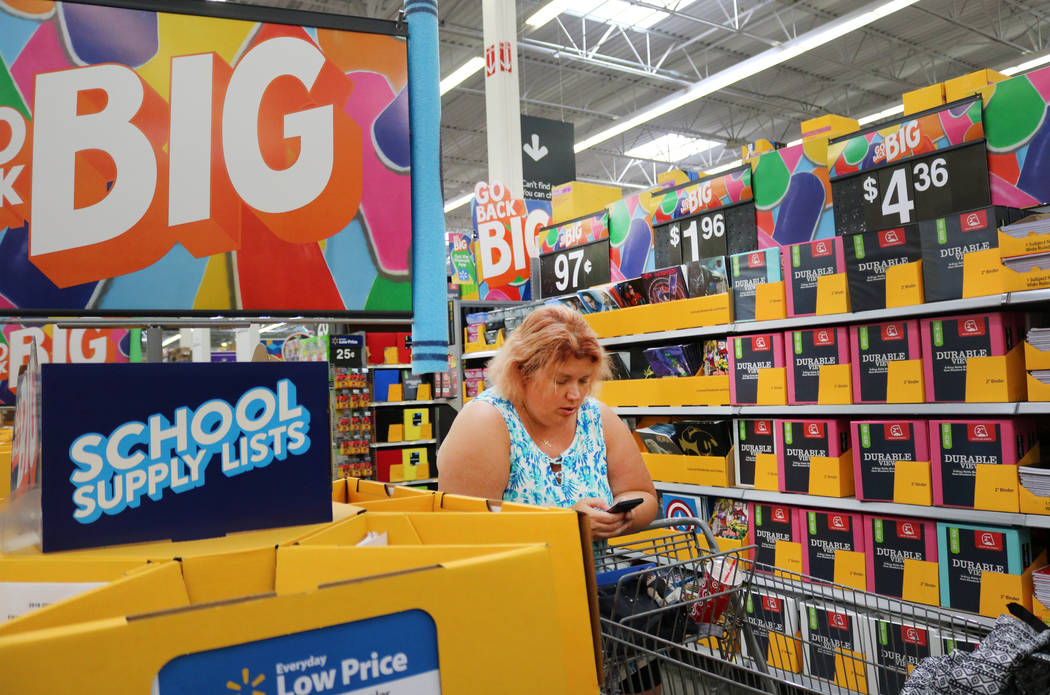 Madelyn Reese/Las Vegas Review-Journal The top destinations for consumers shopping for back-to-school item include a variety of outlets, including stores and online retailers.

Many parents and college students reported they were waiting for the best deals to complete their shopping lists, according to the annual survey released by the National Retail Federation and Prosper Insights and Analytics.

Total spending for K-12 schools and college combined was projected to reach $82.8 billion, nearly as high as last year’s $83.6 billion, the federation said in its news release.

“With the economy thriving thanks to tax reform and growing consumer confidence, we expect to see a very strong season,” NRF President and CEO Matthew Shay said when the survey was released last month.

“College spending is expected to be at its highest level ever, and back-to-school will be one of the three highest years on record,” Shay said. “Whether shoppers buy now or wait until the last minute, retailers are ready with everything they need for a successful start of the school year.”

Families with children in elementary through high school planned to spend an average $684.79 each, compared with last year’s $687.72 for a total of $27.5 billion. That’s the third-highest total in the history of the survey following a peak of $30.3 billion in 2012 and last year’s $29.5 billion.

Those with young people heading to college, as well as college and graduate students purchasing for themselves, planned to spend an average $942.17 each, down from last year’s $969.88 for a total of $55.3 billion. That’s an all-time high in the history of the survey, up from last year’s previous record of $54.1 billion. According to the survey, back-to-school shoppers plan to spend the most on clothing ($236.90). In addition to apparel, back-to-school shoppers also planned to spend:

■ $187.10 on electronics such as computers, calculators or phones

■ $122.13 on supplies such as notebooks, pencils, backpacks, and lunchboxes

“The biggest change we are seeing in back-to-school spending this year is coming from electronics,” NRF Vice President for Research Mark Mathews said. “Items like laptops, tablets and smartphones are now an everyday part of household life and aren’t necessarily a purchase parents save for the start of the school year, resulting in the slight decrease in spending for this category.”

Unlike back-to-schoolers, college shoppers will spend the most on electronics ($229.21).

Besides electronics, they also planned to spend:

■ $69.46 on school supplies such as notebooks and backpacks

“College shoppers are prioritizing and increasing their spending budgets in essential categories including clothing, furnishings and shoes,” Mathews said. “However, categories such as personal care items, gift cards and food saw a dip this year. Although consumers will still spend on these categories, they may plan to make purchases as needed throughout the school year rather than stocking up for the entire semester.”

The survey also found that more consumers were starting early. Most back-to-school shoppers (77 percent) had planned to start at least three weeks before school begins, up from last year’s 74 percent.