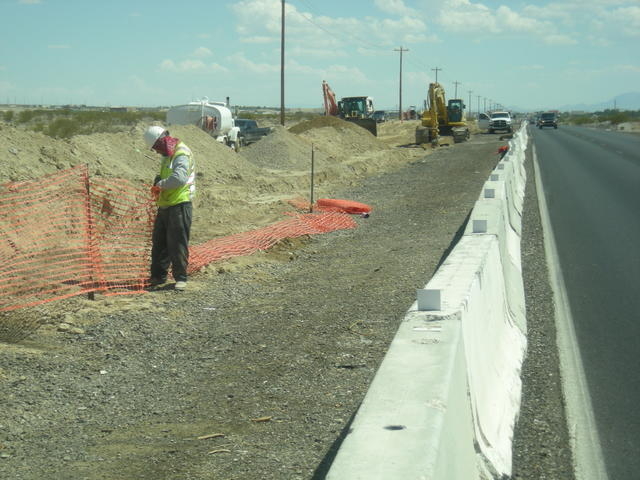 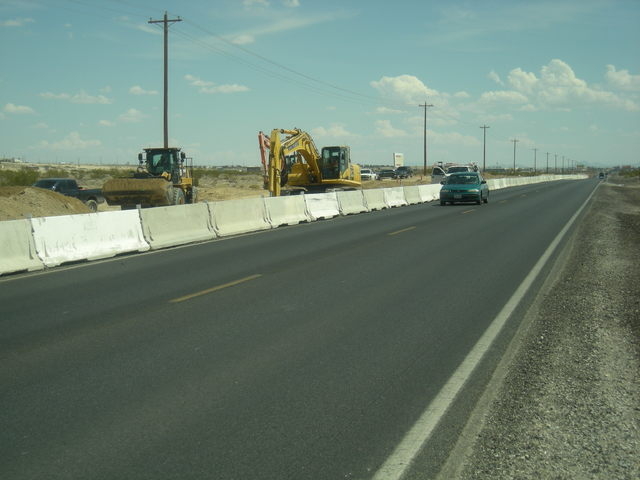 UICN will remove the upper five feet of back fill above the sewer line for 3,700 feet and back fill it with native material.

A geotechnical field inspector will be monitoring the progress, providing compaction and material testing. The project also involves repairs to four sewer manhole components and the installation of 11 sewer manhole concrete collars.

UICN President Wendy Barnett said the project is expected to be completed by Aug. 29, including a final walk-through by the Nevada Department of Transportation.

The project is similar to backfill replacement that was required along Blagg Road, portions of which collapsed after heavy rains in December 2010.

It also caused the collapse of a couple of lift stations. County commissioners paid Wulfenstein Construction $3.1 million to replace sewer line laid by Spirit Underground and rebuild the road, originally constructed as part of an extension of water and sewer lines to the new Nevada Southern Detention Center, built by Corrections Corporation of America.

Portions of Blagg Road were closed for more than two years while engineers studied the road collapse. In July, county commissioners approved a settlement with UICN, in which the county was paid $4.5 million.

Nigro Construction, which originally had plans to build a new Walmart in a 300,000-square-foot shopping center at Highway 160 and Irene Street, contributed toward the water and sewer line extension to the detention center.

The Pahrump Regional Planning Commission approved the new Walmart store project in June 2008, before the water and sewer line extension to the federal detention center began in November 2009. While the Nevada Southern Detention Center opened in October 2010, the new Walmart store never materialized due to the recession.