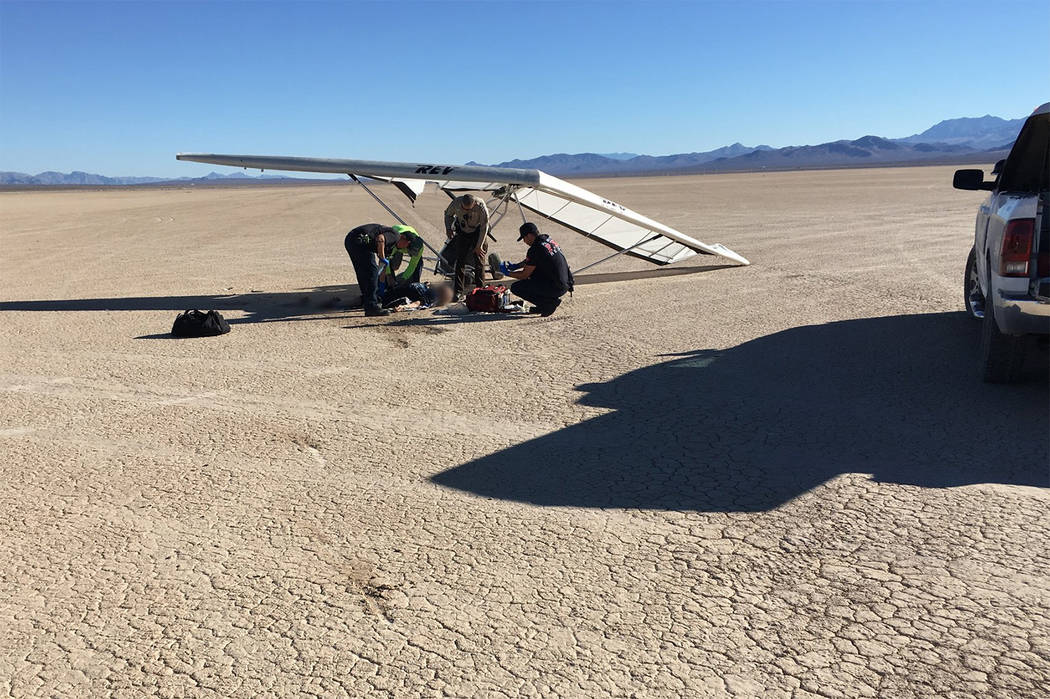 Special to the Pahrump Valley Times The pilot of an ultra-light aircraft sustained serious injuries after crashing the plane onto the dry lake bed south of Homestead Road on Thursday Jan. 3. Pahrump fire crews responded to the scene where Mercy Air 21 was summoned to transport the unidentified man to UMC Trauma in Las Vegas. 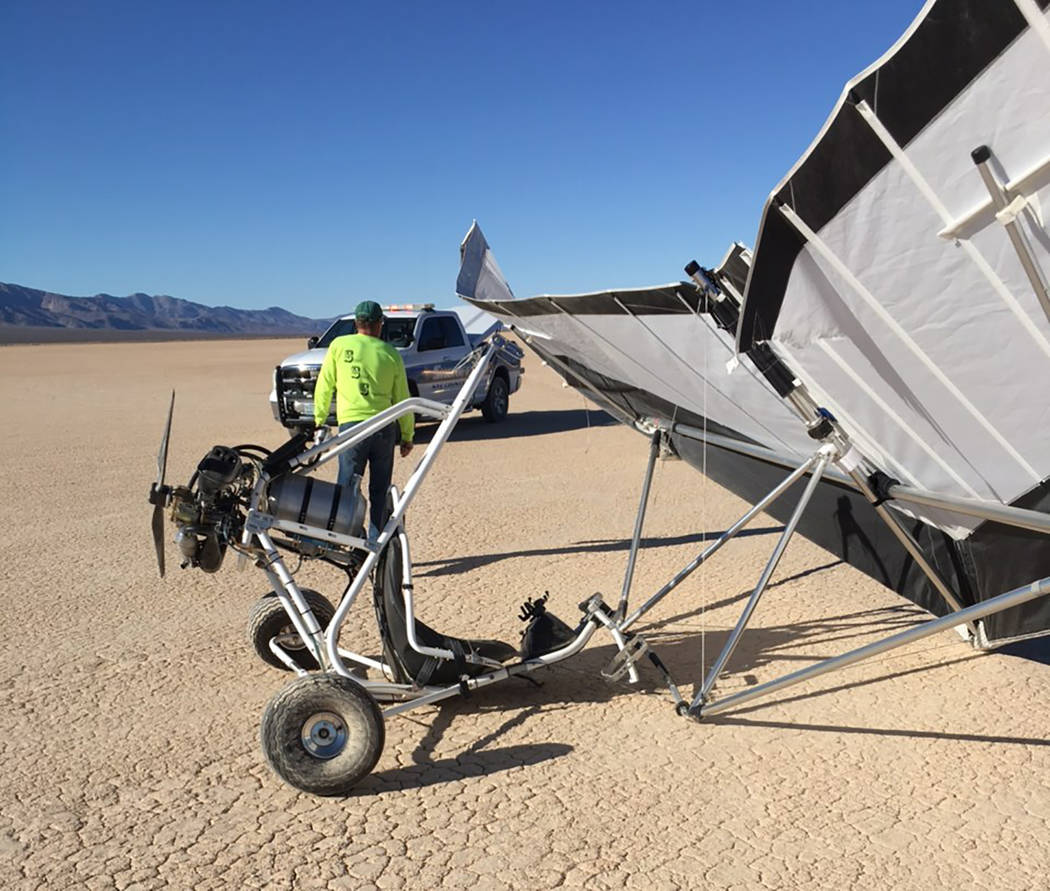 Special to the Pahrump Valley Times The newly purchased ultra-light aircraft, according to authorities was about 15 feet in the air when the pilot made an error while performing what's known as a "touch and go" maneuver and went down. He sustained a serious injury to his left foot.

The pilot of an ultra-light aircraft sustained serious injuries after crashing onto the dry lake bed south of Pahrump, off of Homestead Road on Thursday, Jan. 3.

Pahrump Valley Fire and Rescue Services Chief Scott Lewis said the incident occurred just before 1:30 p.m, when other individuals on scene contacted emergency crews after the aircraft went down.

“Early reports indicated that there were critical injuries sustained by the pilot in the accident,” Lewis said.

“Crews extended onto the dry lake bed in search of the incident where they found an ultra-light aircraft crash and one patient. Mercy Air 21 was added to the assignment where a landing zone was established on the south parking lot of Sheri’s Ranch. Crews removed the patient from the dry lake bed and transferred care to Mercy Air crews where that patient was flown to UMC Trauma in Las Vegas.”

Inyo County Sheriff’s Office Public Information Officer Carma Roper noted that because the crash occurred on the California side of the border, the investigation is being conducted by Inyo County authorities.

“Deputies from Inyo arrived after the pilot had been flown out, and Bureau of Land Management authorities were also notified of this crash, just south of Charleston View,” she said.

“The pilot was attempting basic touch-and-go maneuvers because it was a new ultra-light that he just purchased. The ultra-light was only about 15 feet in the air when the pilot made an error and went down. He sustained a serious injury to his left foot. Nye County responded first with medics and the pilot was flown out by Mercy Air. The Federal Aviation Administration has been notified.”

The identity of the pilot, a California resident, has not been released by investigators.