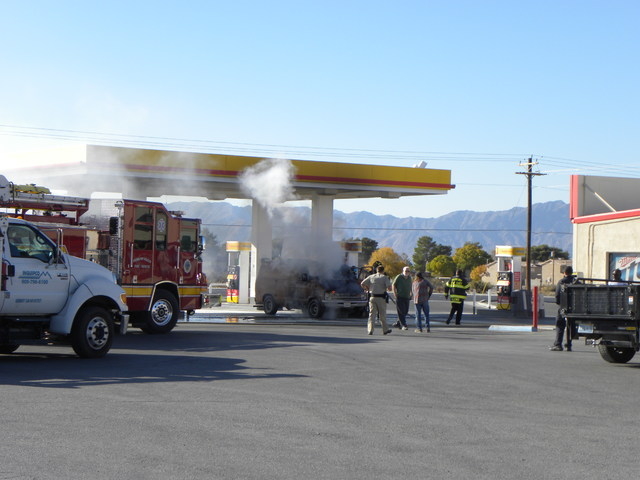 Near disaster was averted on Friday when a vehicle burst into flames while the owner was fueling up at a local convenience store.

Pahrump Valley Fire and Rescue Crews were summoned to the Horizon Market at State Route 372 and Bolling Road just after 9 a.m.

Fire Chief Scott Lewis said the vehicle, an older model Dodge van was parked underneath the fuel pump canopy when smoke began emanating from the hood.

“Upon arrival, we found an advancing fire coming out of the engine compartment,” he said. “It was a relatively quick suppression with no further advancement. There were no injuries and no damage to the fuel islands which re-opened shortly thereafter.”

Lewis also said the actions of store employees at the time may have prevented a much worse outcome.

“The emergency fuel shut-off was activated by the staff which was great because they de-energized the fuel islands and shut the power off to the building,” he said.