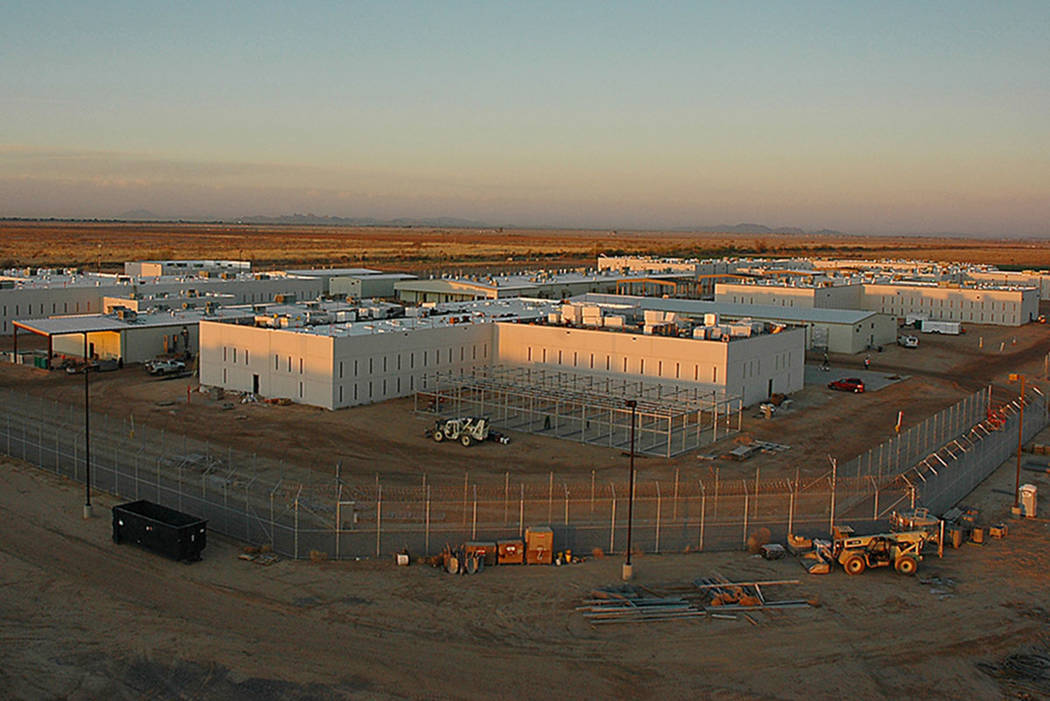 Special to the Pahrump Valley Times The Nevada Southern Detention Center in Pahrump could house detainees for the U.S. Immigration and Customs Enforcement’s Salt Lake City operations. CoreCivic, the owner of the federal detention facility in Pahrump, submitted a proposal to ICE's call for a search for a potential site. 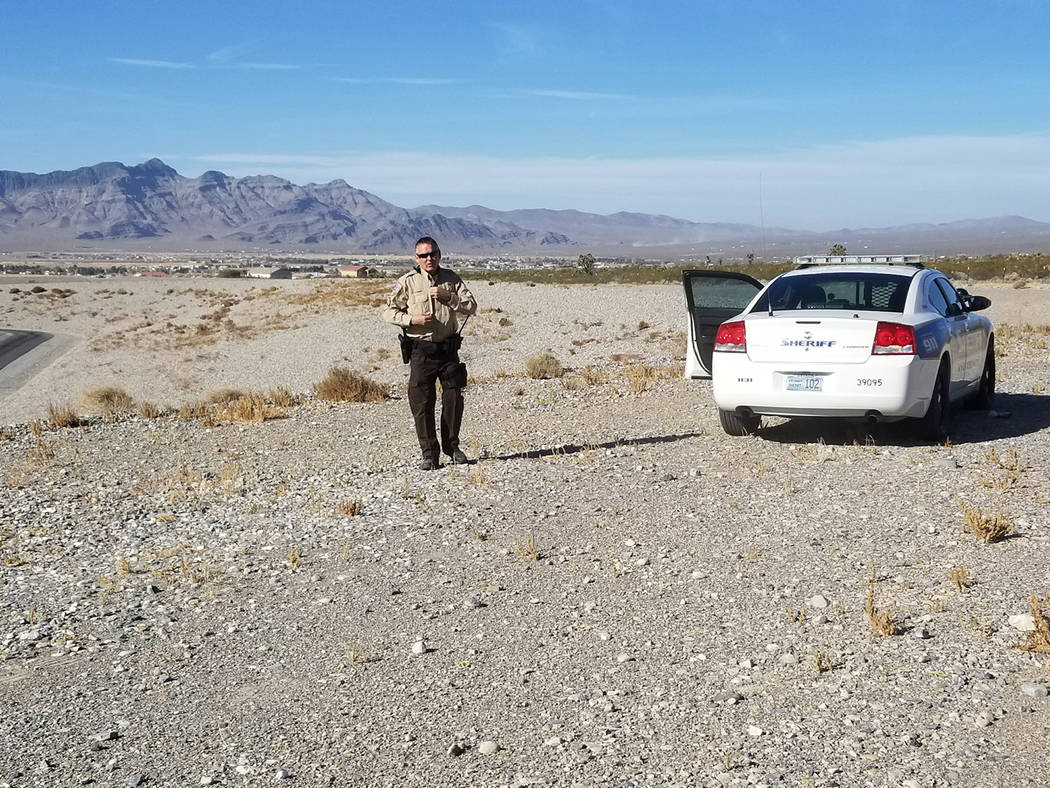 Special to the Pahrump Valley Times A Nye County Sheriff's deputy stands watch at the Nevada Southern Detention Center Saturday early afternoon in December 2017 due to an attempted escape at that time. CoreCivic, the owner of the facility, submitted a proposal to the U.S. Immigration and Customs Enforcement to potentially expand its current operations to house ICE's detainees from its Salt Lake City operations.

An existing federal detention center in Pahrump could be expanded to house detainees for the U.S. Immigration and Customs Enforcement’s Salt Lake City operations.

CoreCivic, formerly known as Corrections Corporation of America, was one of three private companies that submitted proposals to house detainees for ICE’s Salt Lake City operations. CoreCivic currently holds a federal detention facility known as the Nevada Southern Detention Center in Pahrump, where it’s proposing to house the detainees from Utah.

A reporter from the Pahrump Valley Times emailed CoreCivic and was told to contact ICE for information regarding the process related to a Request for Proposal or Request for Information that the federal agency conducts.

ICE had not responded before the publication deadline of this article.

ICE put out a Request for Information notice in October 2017 to identify potential sites for a detention center to house detainees from its Salt Lake City operations and other field offices.

The federal detention facility in Pahrump, used for housing federal inmates awaiting trial or sentencing, along with inmates waiting to be transported to a long-term facility, is roughly 481 miles away from ICE’s facilities in Salt Lake City.

The proposal information was released by a Chicago-based organization, National Immigrant Justice Center, which sent ICE a Freedom of Information Act request.

According to the FOIA request, CoreCivic proposed an expansion, up to 604 beds, at its 2190 E. Mesquite Ave. facility for ICE detainees, for the Salt Lake City operations.

Two other companies also made proposals for facilities outside of Utah.

Centerville, Utah-base Management and Training Corp. proposed to construct a new 640-bed detention facility in Evanston, Wyoming (83 miles from ICE’s Salt Lake City operations). The other company was the GEO Group Inc., which proposed using an existing 432-bed facility in Aurora, Colorado (522 miles away from the Salt Lake City facility).

The Request for Information put out by ICE in October 2017 stated that the detention facilities that would service ICE’s Salt Lake City operations should have a capacity of 200 to 600 inmates.

According to an audit that occurred in July 2017, the facility contained 1,064 beds and housed 779 inmates at the facility at that time.

A spokesman for Nye County said the Pahrump detention facility has a development agreement with the county to house up to 1,500 inmates at the facility.

Using the 2017 audit numbers of 779 inmates, the facility could expand and house more than 600 ICE inmates and stay in compliance with its development agreement.

If the facility was to go over the 1,500-inmate maximum, a new agreement would have to be approved by Nye County.

In a report from the Salt Lake Tribune, Orem, Utah immigration attorney Chris Keen said that several ICE detainees from Utah County have already been sent to states such as Nevada and Colorado.

This was due to, Keen said, the county ending its contract to hold ICE detainees in its jail.

Keen went on to explain the difficulties of servicing clients who are sent out of state in the Tribune’s report.

In the Tribune report, Keen stated that, “It was much easier ‘to see my clients. I could pass papers to them. They could sign. I could interview them. I could prepare them for hearings. Their families could come see them.’”