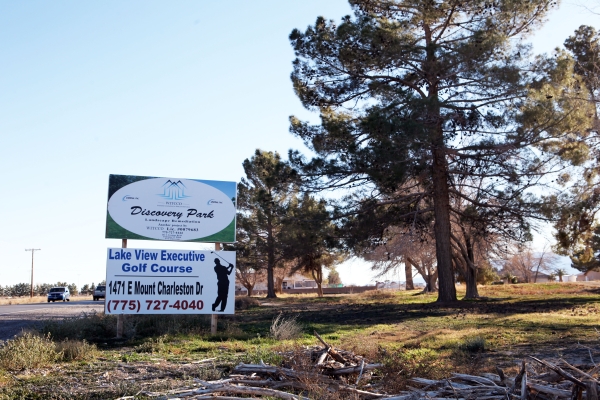 A decoupling method included in the Utilities Inc. of Central Nevada proposed rate hike was one of the most hotly-debated issues during the recent hearing on the company’s rate case.

The utility argues that method would encourage rate payers to conserve, but some regulatory staff said rate payers would receive no financial benefit from conservation under this plan.

The Public Utilities Commission of Nevada heard numerous testimonies from the company’s staff, commission members and various other parties during the hearing that took place Dec. 15-17 in Carson City.

Manuel Lopez, senior economist for the Regulatory Operations Staff at the PUC, said that the decoupling method proposed in the case provides no financial incentives for water conservation over a long-term period.

“In that sense – the utility – that customer has no incentive to save, or conserve, because he is going to get charged anyway,” he said. “However, because we have a large group of customers, if one customer saves, his costs will get shifted onto other customers. So, would that customer get that cost back to them? Maybe. Maybe not.”

A decoupling method is meant to encourage regulated utilities to support energy efficiency for their consumers by separating utility revenues from customer usage. Decoupling changes standard rate-making practices to adjust rates frequently to ensure that utility revenue is at the level necessary to cover costs and a return.

At the same time, the lost revenues, as well as the return on those lost revenues are going to be borne by the ratepayers, Lopez said.

The two circumstances in which customers would see a refund under the decoupling method are if growth occurred, or if consumption increased.

Utilities Inc. is looking to recover about $4.5 million worth of investments that had already been completed throughout Pahrump. Most of the projects were determined “prudent” prior to being installed in the Integrated Resource Plan process with the PUC.

Following the hearing, Tom Oakley, director of public relations for Illinois-based parent company Utilities, Inc. said a significant reason for the rate case is based on our ongoing desire to promote conservation throughout our service territory.

“Both the tiered rate structure and the decoupling mechanism are supportive of that goal,” he said.

The Nevada legislature approved the use of the decoupling methodology in the December 2014 legislative session to allow water utilities to continue providing service while covering their costs, Oakley said.

“So, the basic issue is related to our need to fully recover our costs while maintaining the highest possible reliability and safety of our service,” he added. “Our fixed costs remain the same regardless of usage. Fixed costs include water mains or pipes, wells, pumps, valves and tanks, among many other items. These costs do not change based on water use and account for the bulk of UICN’s total cost.”

William McKean, UICN consulting attorney, said at the hearing that UICN has no financial motivation for tiered rates.

UICN collects 43 percent of revenue through basic service charges after the revenue requirement went up in 2012 and McKean said he wants to see it stay closer to 40 percent for conservation purposes.

“Well, it’s a conflicting goal that the commission has to weigh,” he said. “You have one goal to have revenue stability for the utility because it is in the public interest to have a financially stable utility, and the other goal is water conservation, and those two goals do conflict, and thus, the commission has to weigh that against each other.”

Meanwhile, the decoupling mechanism proposed by the company captures 100 percent of the revenue charged using the commodity rate.

Lopez warned that if implemented, a decoupling methodology could aggravate ongoing challenges between UICN and its customer base.

Following the hearing, the PUC commission expects to consider a draft order at the Jan. 25 meeting. The presiding officer plans to issue a draft proposed order before then with the procedural schedule for exceptions and answers by parties. If an order is approved at the Jan. 25 meeting, it would be final.