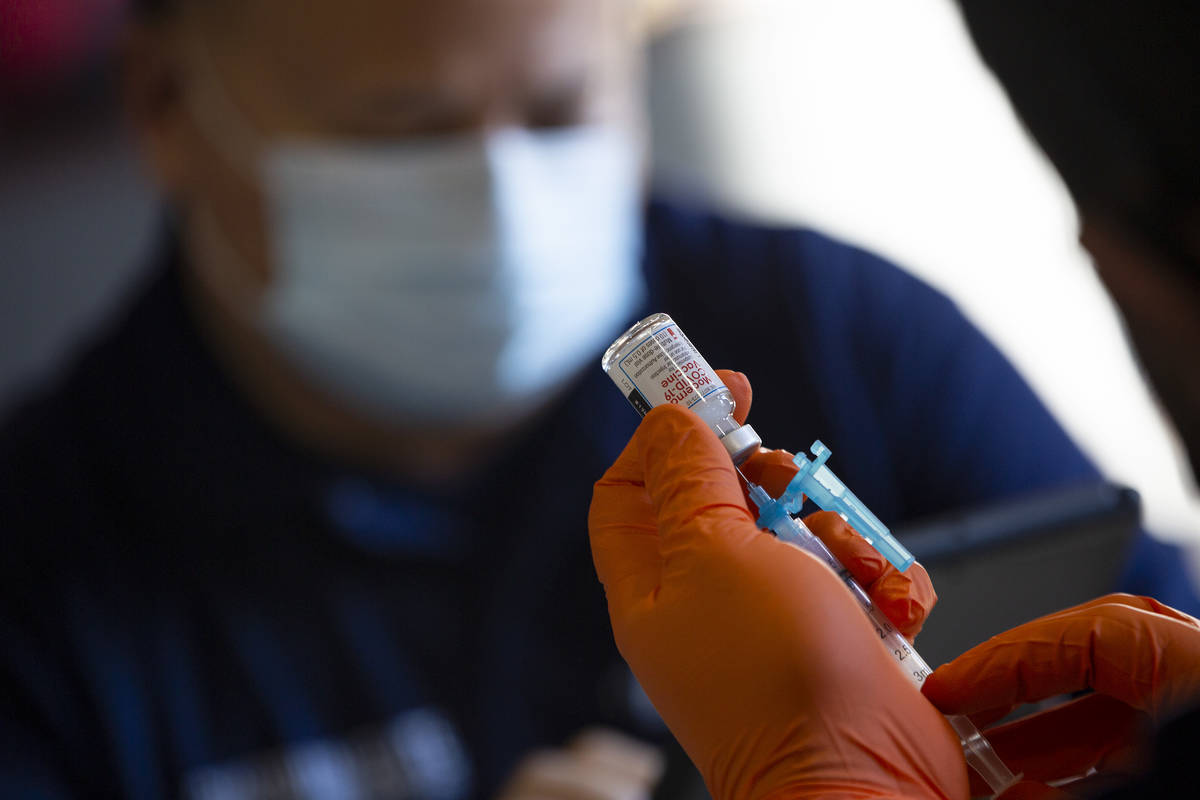 All Nevadans 16 and older are eligible for a COVID-19 vaccine starting Monday, a milestone in a pandemic that has claimed thousands of lives in the state.

To achieve an equitable distribution of vaccine in the state, two Federal Emergency Management Agency mobile clinics will deploy in Nevada this week, visiting rural and tribal areas with less access to medical infrastructure, the state announced Saturday.

UNLV epidemiologist Brian Labus said it is not easy for people in smaller, more remote communities to get to vaccination centers that have been set up in more populated areas.

“So this allows us to take the vaccine to the people,” he said.

The mobile units are expected to vaccinate at least 250 people per day using the single-dose Johnson & Johnson vaccine, also referred to as the Janssen vaccine.

Labus said the Johnson & Johnson vaccine is being used because it allows officials to vaccinate communities without having to return for a second dose.

North Las Vegas will also use the Johnson & Johnson vaccine in its efforts to vaccinate homebound residents in a program that begins Monday.

As of Thursday, about one-third of Nevadans 16 and older had initiated vaccination, and nearly 20 percent of people in that same age group had completed the vaccination process, according to state data.