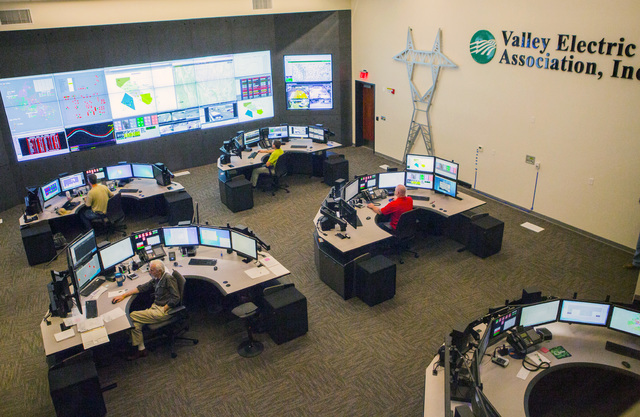 Valley Electric Association, Inc. is in favor of the Energy Choice Initiative, or Question 2, which would create a free and competitive electricity market in Nevada. Special to the Pahrump Valley Times.

With talk of Energy Choice Initiative, or Question 3, ramping up ahead of the Nov. 8 vote, companies and people alike are giving their public position on the ballot measure that wants to deregulate electrical service in Nevada.

The measure must pass the statewide ballot in November and then again in 2018, to amend the Nevada Constitution as to the right for customers’ choice when it comes to their energy provider and the ability to generate their own power and sell it to others.

A “yes” vote supports changing the Constitution; a “no” vote keeps it the system as is.

One of the power entities in the state making their support public for the initiative is Valley Electric Association, Inc.

VEA’s board of directors voted unanimously for Question 3, as it would introduce retail choice in Nevada.

Behind VEA’s governing board support of the measure is technology changing the electric business, and with various options for rooftop solar and other forms of distributed generation, customers already have significant choices when sourcing their energy, according to VEA.

Technology and communications are pressing the state in the direction of a smart decentralized grid, meaning that customers being free to choose their means of electricity should present itself in the future.

Instead of older models featuring a centralized, monopolistic utility, the board stated that VEA should be looking for ways to best serve its members in a new, technology-driven world.

In support of the motion, VEA board secretary David Dawson stated that variety will be key in the future of the electric utility market.

“If consumers want choice in their service providers, VEA, a cooperative owned and accountable to its member-owners, has a responsibility to help its members achieve that goal, not to stand in the way,” Dawson said.

The board is confident that VEA would thrive in a retail-choice environment, by offering necessary distribution and communications services to its members, and relaying its expertise and cooperative model to remain the energy supplier of choice for many Nevadans.