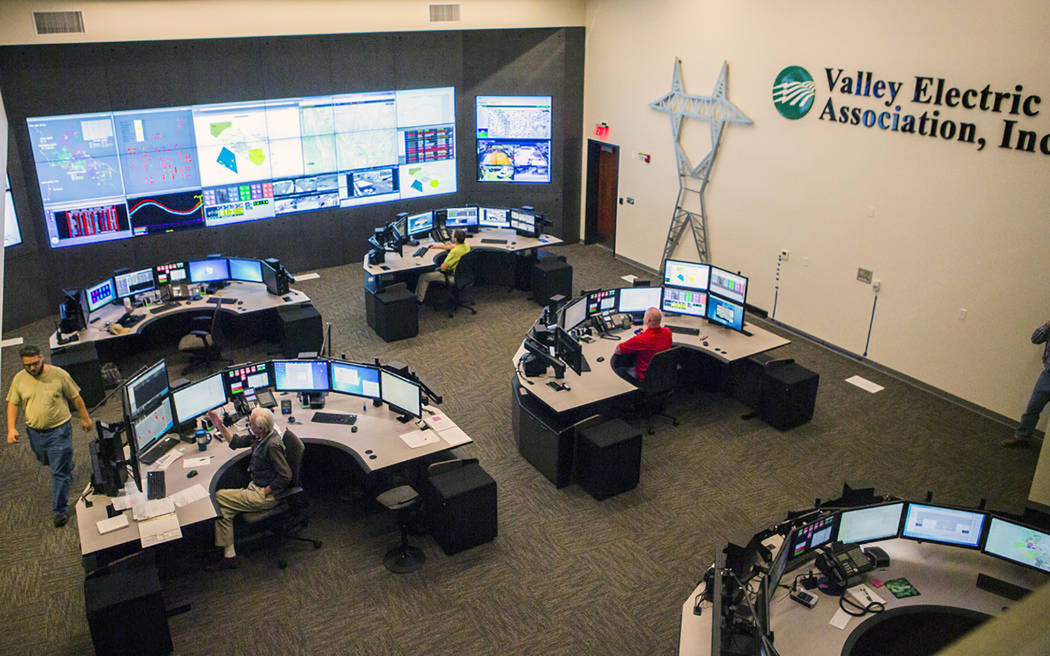 Richard Peck this week was named interim chief executive of Pahrump-based Valley Electric Association, becoming the fifth person in 10 months to hold the VEA’s CEO title, either on a permanent, interim, acting or the designated basis.

The Pahrump Valley Times compiled this timeline of events, summarizing events involving Valley Electric Association, which is under investigation by the Nye County Sheriff’s Office.

APRIL 28, 2018: Thomas Husted, CEO of Valley Electric Association, highlighted VEA successes, which he said were “historic.” The massive $61 million in profits for 2017, the sale of Valley’s 230-kilovolt transmission system to Chicago-based Gridliance Holdco for nearly $200 million and putting $50 million in reserves were just a few of the financial highlights Husted mentioned.

MAY 4, 2018: VEA announced that Thomas Husted was retiring as CEO of VEA to pursue other interests. Angela Evans named interim chief executive officer.

JUNE 8, 2018: Valley announced that Kenneth Derschan, who represents District 5 for the co-op, Sandy Valley, was elected as president of VEA’s board of directors by the board.

SEPT. 25, 2018: Valley Electric Association Inc.’s newly named CEO, Byron C. Nolde, changed his mind about accepting the job just days after the cooperative’s board of directors announced he was set to take the position later in 2018.

OCT. 5, 2018: Valley Electric Association’s board of directors names Angela Evans as CEO of the cooperative. Evans had been interim CEO since May.

FEB. 7, 2019: Valley Electric Association announced that it had reduced its workforce, eliminating 18 jobs.

FEB. 19. 2019: A group calling itself Valley Electric Association Members for Change announced it was starting a petition effort to recall VEA board members.

FEB. 26, 2019: The Nye County Sheriff’s Office executed a second search warrant on Valley Electric. The warrant requested electronic records of any and all work orders for CEO Angela Evans’ residence.

FEB. 26, 2019: The Nye County Sheriff’s Office announced the arrest of Valley Electric CEO Angela Evans. In a video release from the sheriff’s office, it was stated that Evans was booked on embezzlement into the Nye County Detention Center.

MARCH 4, 2019: Richard Peck, a longtime utility executive, was named interim chief executive of Valley Electric Association Monday and will serve in that capacity until further notice, said Ken Derschan, president of the VEA Board of Directors. Peck, of Kenai, Alaska, is the owner of Utility Innovations Plus, a management consulting and renewable energy business.