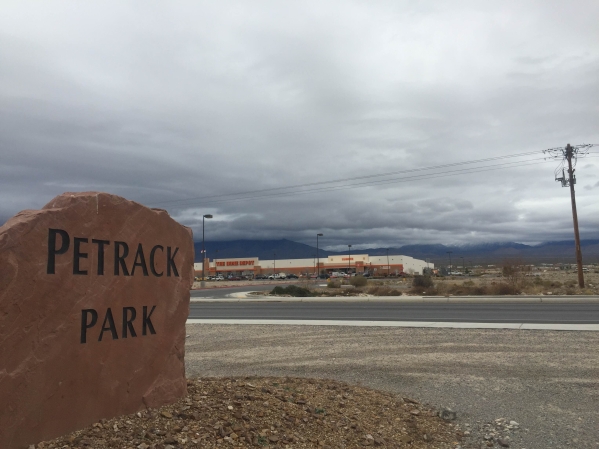 The New Year started on a wet note for Pahrump as rains moved into the valley Monday with chances of precipitation lasting until Friday.

A series of storm systems are responsible for the wet weather, which will continue off and on throughout the work week.

“There will be a slight break in rain this morning, but this evening rain is likely,” said John Adair, National Weather Service meteorologist. “The high temperature (for today) will be around 50 degrees and the low tonight will be 33 degrees.”

Adair explained that the high temperature Thursday will be 50 degrees with chances of rain lingering with a possibility of the white stuff in the surrounding areas as temperatures cool down to 30 degrees at night.

“Thursday night into Friday morning we could actually see snow down to 3500 feet,” he said. So it will be just above the Pahrump Valley floor but it won’t be out of the realm of possibility to see a few snowflakes.”

As the tail end of the system heads out Friday, the area still has a slight a slight chance for rain, mainly in the morning, with a clear-out taking place over the weekend.

“The weekend is clearing out for the most part and looks partly cloudy, with not enough chances for the desert, but we could see a little in the mountains,” Adair said.

High temperatures on Saturday and Sunday will be 49 degrees and 48 degrees respectively, with lows dropping to 28 degrees and 27 degrees.