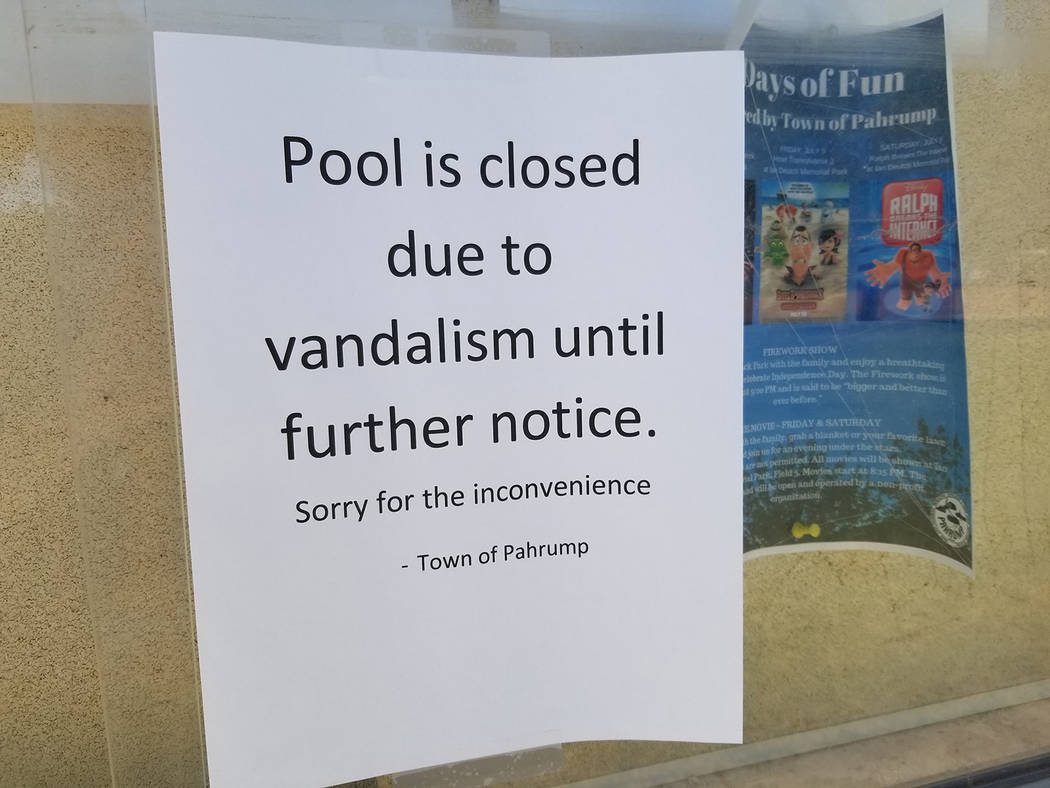 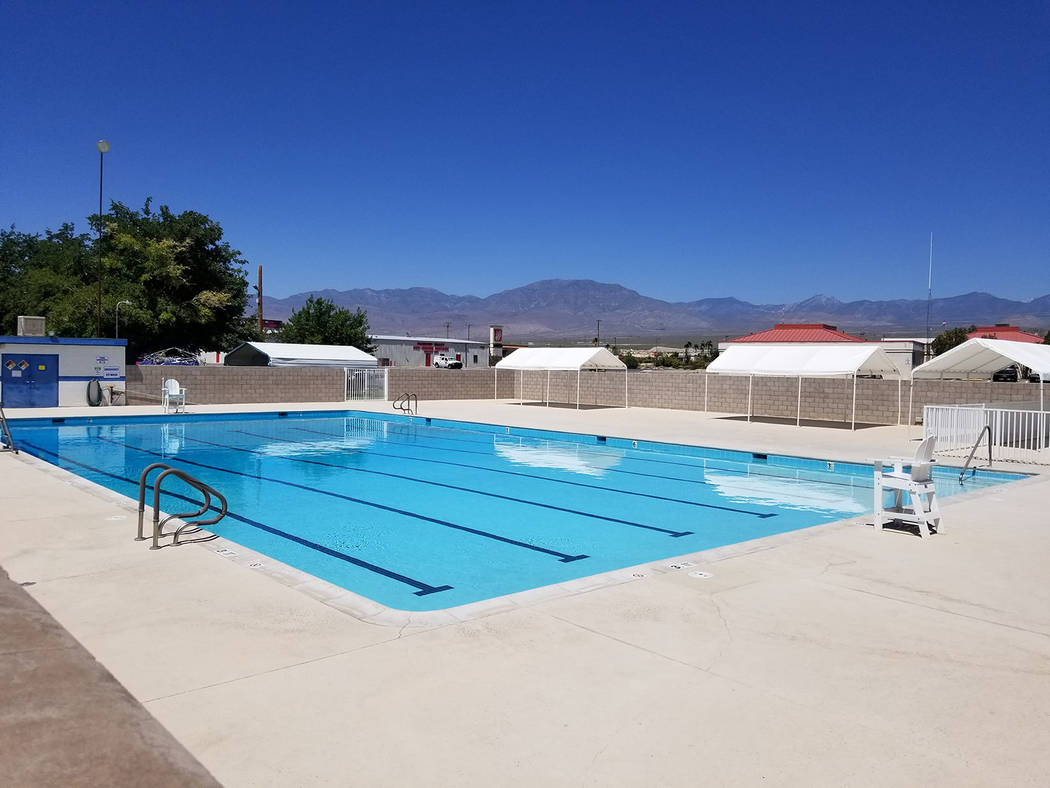 Vandalism forced the closure of the Pahrump community swimming pool on July 4, a shutdown that extended lasted until July 8.

“Sorry for the inconvenience,” read a flyer posted near the pool, which is at Petrack Park, 150 N. Highway 160.

Area residents took to the Pahrump Valley Times Facebook page to express their disappointment over the vandalism and pool closure.

“It a shame when it hot &a holiday they have to close the pool… ” Peggy Wright wrote in a Facebook post. “Maybe you can set up camera. Hope they can get help &get the pool running! Hope they catch whoever did this!”

Meagan Landa wrote: “Wow and kids swim classes start next week. Way to ruin something good for the kids.”

Sylvia J Hutchings stated: “What the hell is wrong with people? Why would any idiot want to vandalize (a) swimming pool in one of the hottest towns in America? Just like everything else (these) days unbelievable”

Barb La Fountain asked in a post: “Why do people have to do this and ruin everyone else’s fun…???”

Paul Alcala said: “Idiots. Pahrump gets hot and that pool should be taken care of by everyone…”

Jan Gee wrote: “Because of someone else’s bad behavior, my grandson is terribly disappointed he can’t go swimming on his vacation to his Ma and Pa’s house…”

Pamela Wilson Romey wrote: “The Community Pool is one of the few inexpensive family fun things to do in the summer. I hope they get this back open soon.”

Mike Hunt called the situation “sad.”People say ‘Let’s build stuff for kids to do.’ Sure, if they don’t destroy it first. Never fails.”

Debbie Simpson said: “No respect for anything or anybody. It’s sad that we live in an age that this happens. Bring back stiffer sentences to offenders not just a slap on the wrist…”