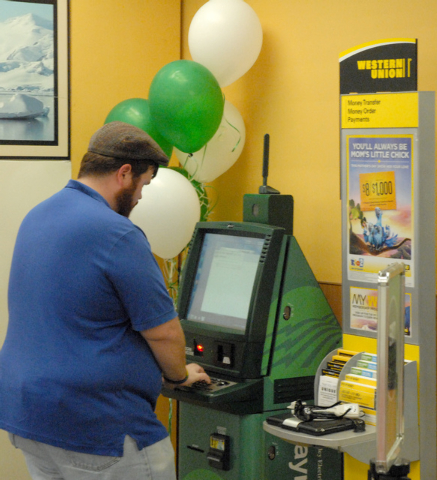 In an effort to provide its members with a convenient new location for paying their power bills, Valley Electric Association is set to introduce a new EasyPay Kiosk within the Smith’s store at 601 S. Nevada Highway 160 in Pahrump.

The new kiosk will allow VEA members to pay their bills at any hour of the day or night. This is VEA’s second EasyPay Kiosk location. VEA installed the first kiosk outside of the cooperative’s Pahrump office in October.

“As a result of the growing popularity of VEA’s original EasyPay Kiosk, our team recognized the value of offering a new kiosk location at one of Pahrump’s most popular destinations for local shoppers,” said Dan Tillman, VEA’s executive vice president of administration and finance. “I believe the new kiosk at Smith’s serves as a reflection of VEA’s commitment to providing its members with a wide variety of convenient options for paying their bills.”

To promote the Smith’s EasyPay Kiosk and raise awareness about its unique benefits, VEA will provide a $200 Smith’s gift card to a randomly selected member who uses the kiosk during the month of June. In addition, VEA will offer one $50 Smith’s gift card in July and another in August.

VEA members have a number of options for accessing their accounts and making payments at both EasyPay Kiosk locations, including scanning VEA’s EasyPay Card, which is free and available to all members.

People can also access their accounts by entering their account information or by scanning the barcode on their paper bills.

Members can make bill payments with credit or debit cards, electronic checks or cash, although coins are not accepted. While the kiosks do not provide change, any funds that exceed a member’s balance will be credited to his or her account.

The new kiosk at Smith’s also features a keyboard to assist members with entering their account information.

Anyone who wants more information about VEA’s EasyPay Kiosks may go to the cooperative’s website at www.vea.co-op.