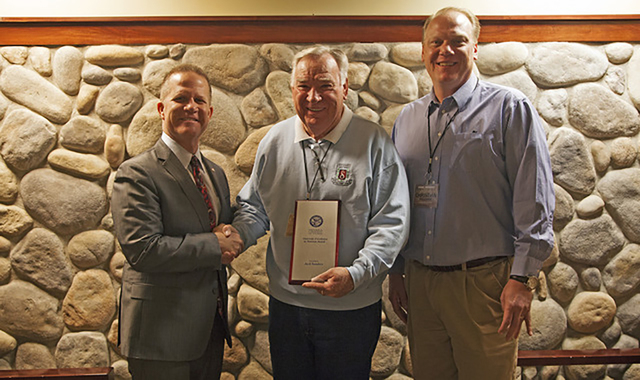 It’s that time of the year again for the Valley Electric Association Annual Meeting and this year, as in years past, a special guest will be on hand to deliver the day’s most important speech.

Hutchison will give VEA member-owners an economic update of Nevada during his speech. Last year’s special guest speaker was Mark Hall-Patton, administrator of the Clark County Museum System and a regular on the Las Vegas-based reality show, “Pawn Stars.”

In addition to Lt. Gov. Hutchinson, Jason Mendenhall, executive vice president of Cloud at Switch, a Las Vegas company and the developer and operator of the SUPERNAP, a data center facility that provides colocation, telecommunications, cloud services and content ecosystems.

The annual meeting is the cooperative’s biggest event each year, with hundreds of VEA members expected to attend. All community members from across the service area are invited.

The meeting’s purpose is to provide members with information about VEA’s projects, member-focused initiatives and its future endeavors.

The co-op’s CEO, Tom Husted, will give a presentation at the event and this year’s VEA scholarship recipients will be announced at the meeting as well.

“The Annual Meeting serves as a great opportunity for community members to learn about VEA’s tremendous progress and our expectations for the future,” Husted said. “We look forward to providing our member-owners with an exciting and informative event that showcases the benefits of VEA’s member-focused mission.”

Hutchison is serving his first term as lieutenant governor and also served in the Nevada State Senate.

Hutchison spent six years as a member of the Nevada Commission on Ethics, eventually becoming chairman prior to being elected to the Senate.

Appointed to the Governor’s Commission on Homeland Security, Hutchinson was later named to the commission’s subcommittee on cybersecurity. Hutchison also serves as a member of the Board of Directors for the Public Education Foundation and as co-chair of What’s Next Nevada?

The meeting is free for community members, and it will include lunch, prize drawings and a variety of other benefits for VEA members. For more information, call 775-727-2189.

If you need help traveling to the event, VEA will provide complimentary transportation to members in outlying areas. A bus will begin loading at 9:15 a.m. on Saturday at the Beatty Community Center located at 100 A Ave. South in Beatty. The bus will depart for the meeting at 9:30 a.m.