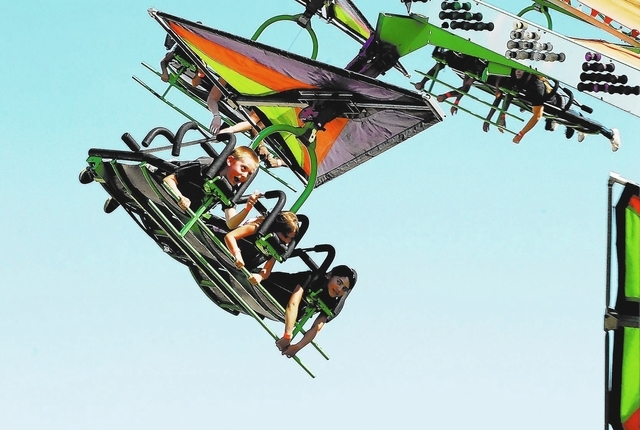 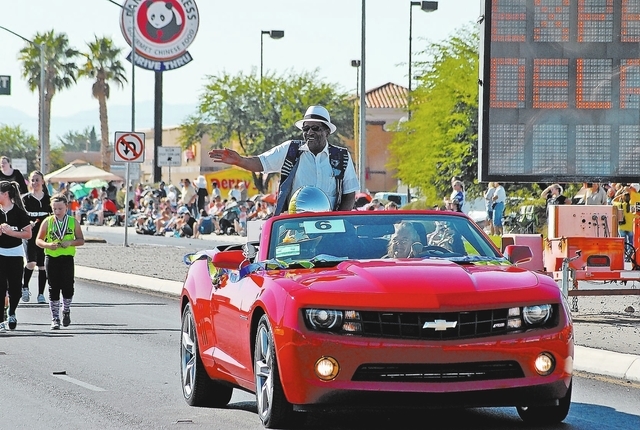 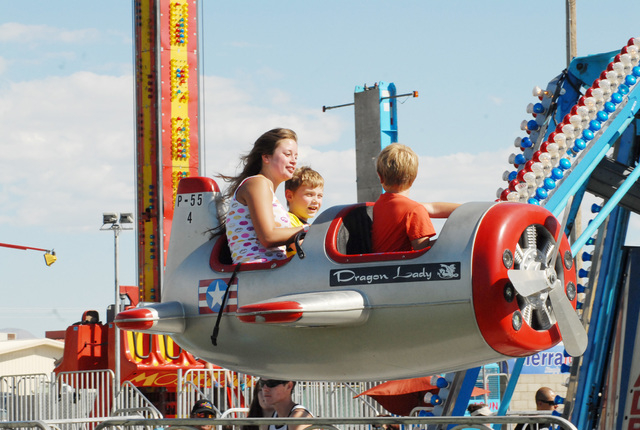 Though there is still much more work to complete, Pahrump Buildings and Grounds Supervisor Matt Luis wants to assure the community that this year’s Pahrump Fall Festival promises to be one of the best in recent memory.

Luis, the festival’s chairman, along with town staff and volunteers are making eleventh hour preparations for the town’s most popular annual event to be held at Petrack Park from Thursday Sept. 26 to Sunday Sept. 29.

“We are doing okay and everything is in place right now. Vern VanWinkle is handling the parade. Stephanie Massimino and Alexandra Crow at the town office have been overseeing the vendors and putting that together. Entertainment will start Friday afternoon and carry on through Sunday evening,” he said.

Luis noted that the amount of vendors this year will pretty much equal last year’s total.

“We have 106 vendors, which equals to about 129 booths taken up so a lot of people have doubles. We can accommodate up to 200 booths. Up to 150 is a pretty comfortable number because if you start to go over that number, it kind of takes away from the festival,” he cautioned.

As always, food and other tasty treats will be available for visitors to savor.

Luis said the community can once again expect to have a wide variety of cuisine to enjoy in all areas of the park.

“We try to break it up where we have different food vendors all throughout the grounds to make it convenient for everybody and fair for the vendors too. We won’t have all of the food bunched together in one area,” he said.

Massimino said families can also expect to see some of the more popular attractions brought back from last year’s fall festival.

“The dirt area on the ball field will be set up for the younger kids. We’ll have a little train ride going through there. We also have a rock wall and the water balls from last year and the trampoline with the bungee cord attached as well as a face painter for the kids,” she said.

The overall look of the festival will appear slightly different to regular attendees.

Luis said a few alterations to the overall layout was necessary this year to allow for a smooth flow of foot traffic at the site.

“We are trying to put all of the kids’ attractions on one side and keep a separation between the stage area. It just works out really nice because there is more space to walk around,” he said.

The entertainment portion of the festival is expected to provide something for all to enjoy.

The talent will be a combination of both local and out of town acts.

Organizer Rodney Camacho said out of the 30 acts scheduled to perform, a few of the favorites from previous festivals will make their return to the main stage.

“I promise the entertainment will be spectacular and I have a few bands coming back from last year. Of course, there were some who could not make it this time. I also have some new entertainment coming in including some demonstration shows. I think I have every genre covered from the younger kids’ rock music, to country. We even have a reggae band and R & B. It’s going to be packed,” he said.

The entertainment chief said he also managed to secure a Las Vegas performer who recently signed on with a top name celebrity.

“Leayer Dante is a very talented woman. She had just been picked up by Nick Cannon who is the host of America’s Got Talent. Between Nick and his wife Mariah Carey, she has a good team. She will be performing for two nights at the festival,” he said.

Camacho also said there will be a different look to the entertainment area to the benefit of the audience who endure the performances while being exposed to hot early fall sunshine.

“We are going to be providing shade so some of the bleachers will be covered. It will allow the people to sit and enjoy the music and performances without the hot sun beating down on them for hours at a time,” he said.

Luis, meanwhile, said the Bob Ruud Community Center will be the venue for the arts and crafts portion of the festival.

“The Shadow Mountain Quilters and the Pahrump Valley Quilters will have a non-judged display of quilts and needlework. There will also be paintings and photographs displayed by the members of the Spring Mountain Art Guild and the Pahrump Arts Council. The University of Reno Cooperative Extension Master Gardeners and 4-H will also display storyboards, non-judged plants, flowers and food items,” he said.

The Chairman did say that compared to previous years, the activities inside the community center will be slightly scaled back this time around.

“Next year we will have the full judging events and everything else back into that building on both sides so they will have a big head start on that. I also want to say that some of the events from the past will return next year like the Sexy Legs and Pie Eating contests. We are bringing all of that back for the 2014 festival,” he said.

Davis amusements will provide the carnival activities just adjacent to the festival grounds.

Tickets for both the carnival and the rodeo at McCullough Arena can be purchased at several local businesses and the Pahrump Valley Chamber of Commerce.

If not for the efforts of volunteers last year’s fall festival would have been cancelled after the local group responsible for putting the event walked away just weeks before it was to start.

Luis said town staff and volunteers acted quickly to pull every feature of the festival together where a profit was actually realized.

“Bill Kohbarger took it over and ran with it. It was a big task pulled off in a very short period of time. The community was aware of what happened and knew we had very short time frame and all of the volunteers did step up and really helped us pull that off,” he said.

Those who are interested in volunteering this year can learn more by simply contacting the town office at 727-5107.