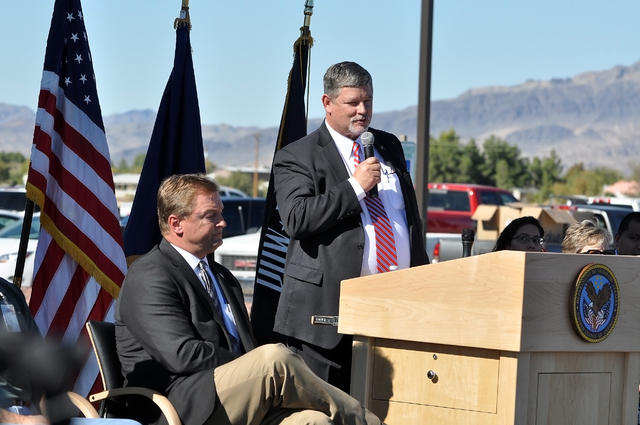 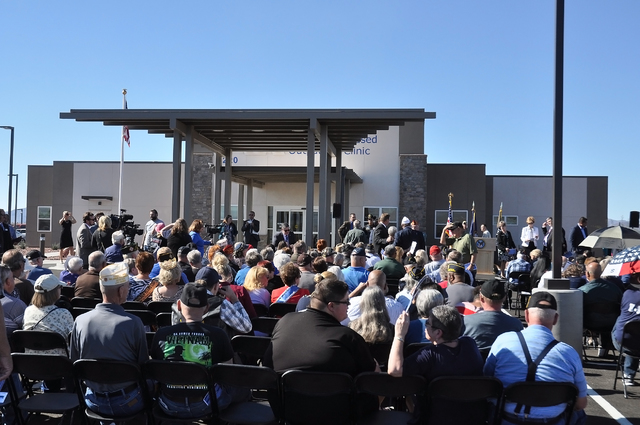 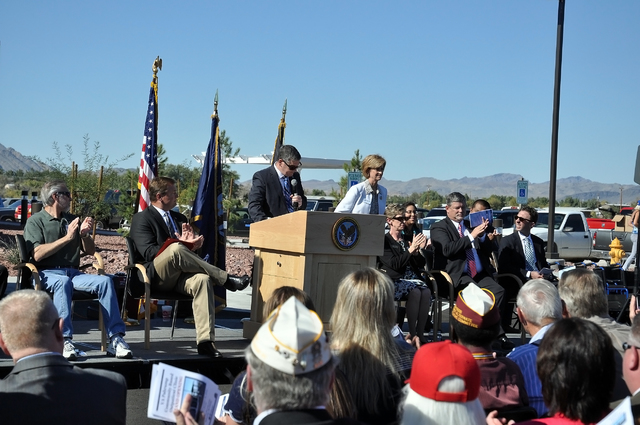 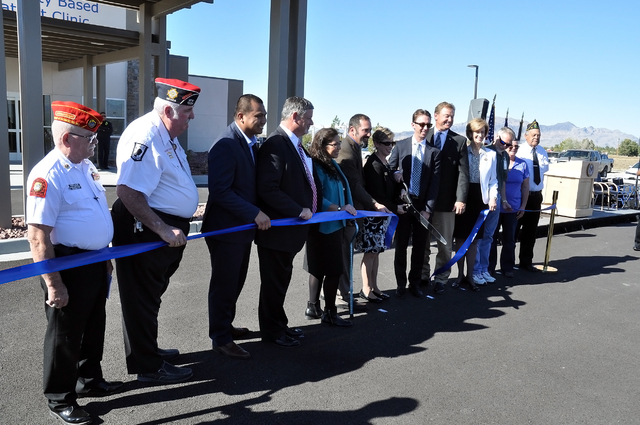 There was one common theme among the more than 200 attendees and invited guests at Thursday’s ribbon-cutting ceremony for the new Veterans Affairs clinic.

Peggy Kearns, director and CEO of the VA Southern Nevada Healthcare System, said the facility is able to better serve the health care needs of a rural area with an expanding veteran population.

“This marks the beginning of the next chapter of veterans’ health care in Nye County,” she said. “This state-of-the-art facility gives our Pahrump medical team the ability to better provide high-quality health care to more than 2,400 veterans locally today, as well as the capability to expand services as needed, in the years to come.”

With two dozen examination and procedure rooms, including two rooms dedicated exclusively to women’s health, as well as two specially-designed for telehealth, Kearns said the Pahrump clinic has vaulted the delivery of health care to the next level.

“I believe this new clinic will be upheld as the benchmark nationally for delivering VA rural health care in the 21st century,” she concluded.

Senator Dean Heller, one of several elected officials in attendance, spoke about the evolution of the project over the years.

“I was here January 29 (groundbreaking) when we were standing on dirt and this is years in the making,” Heller said. “I can’t tell you how pleased I am with all the hard work and effort put into this project. I was here 10 or 11 years ago, and this is exactly what they wanted, and the veterans certainly deserve this.”

“We now have a choice with third-party providers so they are working to assist with some services down the road,” Ramey said. “The services will all be through TriWest Healthcare Alliance. If they are able to get access to some of those care services, it’s a win-win for the veterans and that’s what we are all about. Today marks a major step forward to our commitment locally.”

At least three Nye County commissioners were on hand for the ceremony.

Outgoing Commissioner Frank Carbone, the sole veteran among the commissioners, was joined on the dais along with Heller, and state District 36 Assemblyman James Oscarson.

Oscarson, who thanked Heller for his work on the project, also gave kudos to Congressman Cresent Hardy for his efforts in bringing the facility to Pahrump.

“There have been no two better individuals and their staffs in helping us resolve veterans’ issues,” he said. “I have had the privilege and honor of working with both men and their staffs and they have a get-it-done, and make-it-happen attitude with respect to our veterans.”

Watching from the audience were commissioners Butch Borasky and Dan Schinhofen.

“It is certainly about time because we’ve been asking for this for many years,” Borasky said. “I remember going down to Las Vegas to Senator Dean Heller’s office where we sat at a round table talking about the project. I guess it was worth the wait because our veterans now have a facility. In fact, there are people being served inside right at this moment. It warms my heart that we finally have a facility for them that is worthy of their service to our country.”

Schinhofen, meanwhile, also complimented Congressman Hardy, who he said played a major role in bringing to the facility to Pahrump.

“We are so happy and proud to finally have this facility in our community,” the commissioner said. “I am sad that Congressman Hardy did not get re-elected because he helped push this over the finish line. We are happy in Pahrump and proud to have this for our many veterans who deserve everything we can give them.”

Before touring the facility, Kearns spoke about how the project came to fruition with no serious problems during the construction phase.

“There were no real delays and this facility went up very fast,” she said. “We started in January and we took possession of it in October and now we are opening it here in November. We are just so excited today that we are able to open this state-of-the-art building for our veterans here in Pahrump.”

The new VA clinic will provide local veterans with the same level of services as the previous facility, including primary care, mental health, social work, and laboratory procedures.

Along with the elected officials on the dais were Alanna Simpson, regional representative for Harry Reid and Kathleen Dussault, deputy director for programs and services with the Nevada Department of Veteran Services.

The last day for scheduled clinic operations at the former Pahrump facility was Oct. 27.

The new facility began operations on Nov. 7. The VA clinic is located at 220 S. Lola Lane.