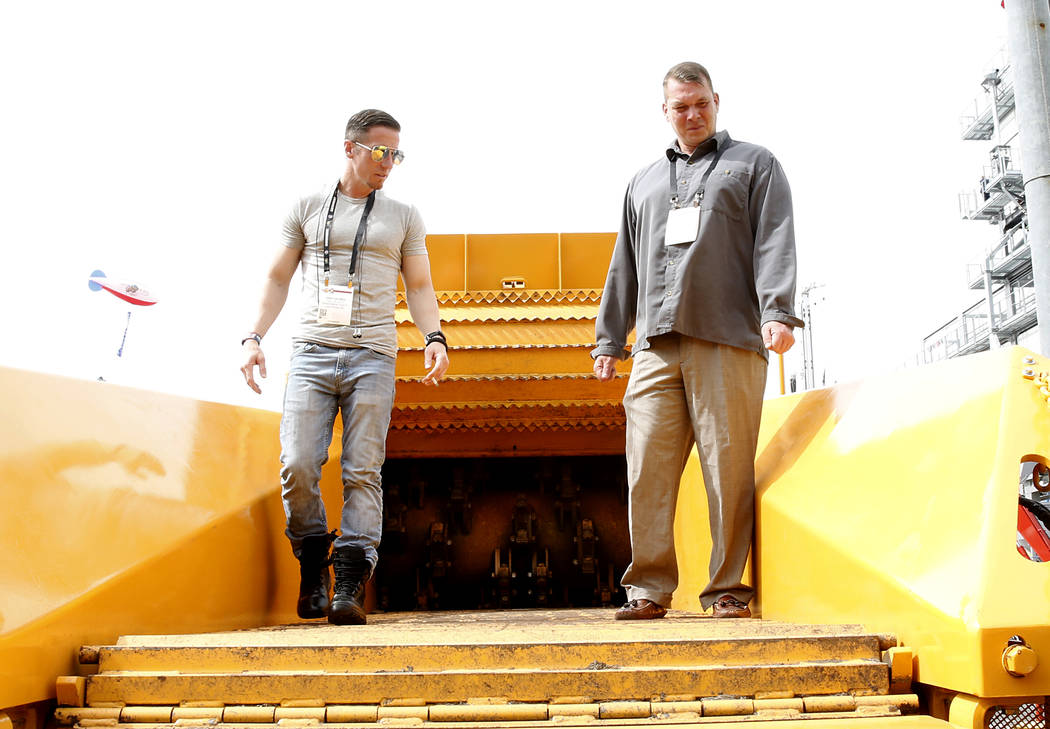 It is not an uncommon problem for former officers. Unemployment among post-9/11 veterans is 2.6 times higher than the national average.

In some respects, Kernan and the other veterans couldn’t be looking for work at a better place.

After shedding a massive amount of skilled workers in the wake of the Great Recession, the U.S. construction industry is booming again. And it is in massive need of skilled laborers like welders, diesel truck mechanics and masons.

But companies are struggling to find them. The industry job shortage is in the hundreds of thousands at the least.

Just the lack of diesel technicians is as high as 20,000, according to Bob Henderson, executive vice president of Associated Equipment Distributors.

Military veterans and construction companies would seem to be a great match.

“No matter what branch of the service you worked in, you had some kind of construction training,” said Kernan, who has worked on building sites since leaving the Marines. “We are all used to physical work outdoors.”

Recognizing the industry labor problem, CONEXPO-CON/AGG organizer, Association of Equipment Manufacturers, teamed up this year with Call of Duty Endowment, a nonprofit veterans’ organization, to inform companies about the military talent pool available.

“Veterans make great employees,” read the pamphlet handed out by the Call of Duty Endowment stand to potential employers at CONEXPO-CON/AGG, where 2,500 construction companies come to exhibit.

“I think the construction industry is a good fit,” said Dan Goldenberg, a veteran and the executive director of Call of Duty Endowment, from the show. “Veterans have experience leading people and working with a team on a clear mission.”

More than 500 people visited the Call of Duty booth at CONEXPO-CON/AGG over the course of the show, with about 50 individuals asking how to hire veterans, Goldenberg said.

Orion, founded by ex-servicemen, has helped place 45,000 veterans in jobs since its founding in 1991. More than 5,500 have been placed in construction-related jobs over the past 15 years, or roughly one a day, Coe said. Orion works with such companies as homebuilder Lennar Corporation, which is active in Nevada.

Terex Corp., a manufacturer of construction equipment, organized a charity concert by rock group Foreigner for CONEXPO-CON/AGG attendees on Wednesday. The money raised will be donated to Call of Duty Endowment. Terex Chief Executive Officer John Garrison Jr. is a 1982 graduate of the United States Military Academy at West Point and served as an officer in the Army.