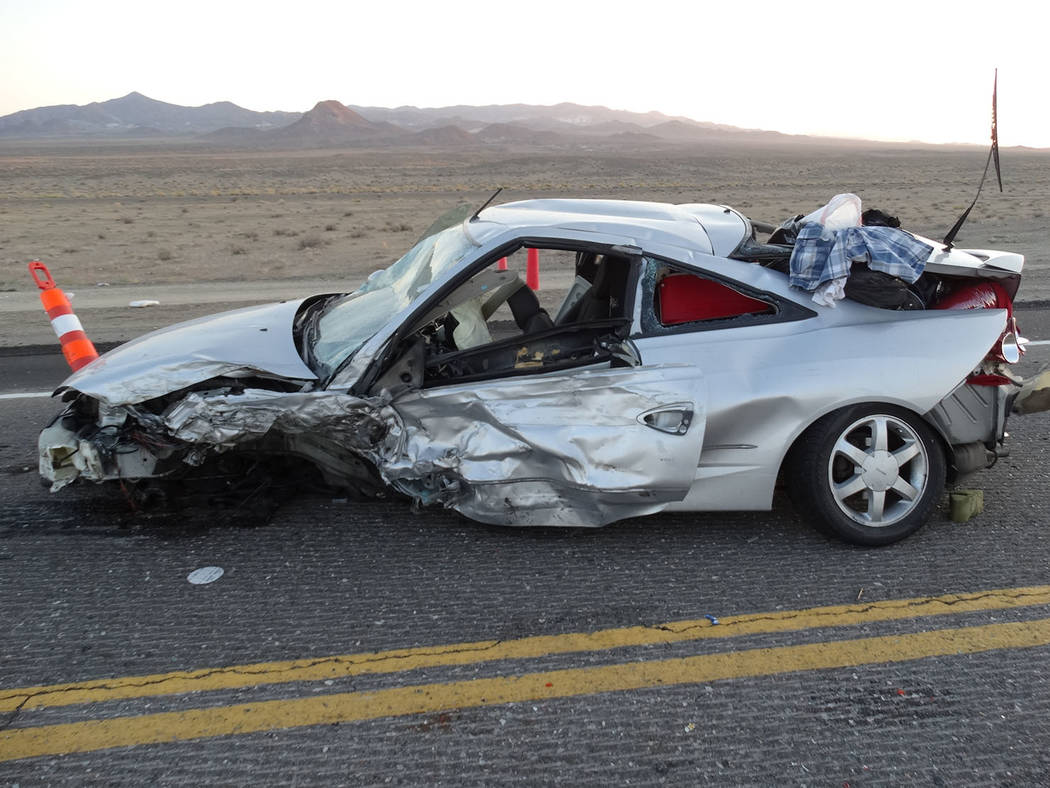 Nevada Highway Patrol The scene of the wreck Sept. 2 along U.S. Highway 6 in Esmeralda County. One person was killed. 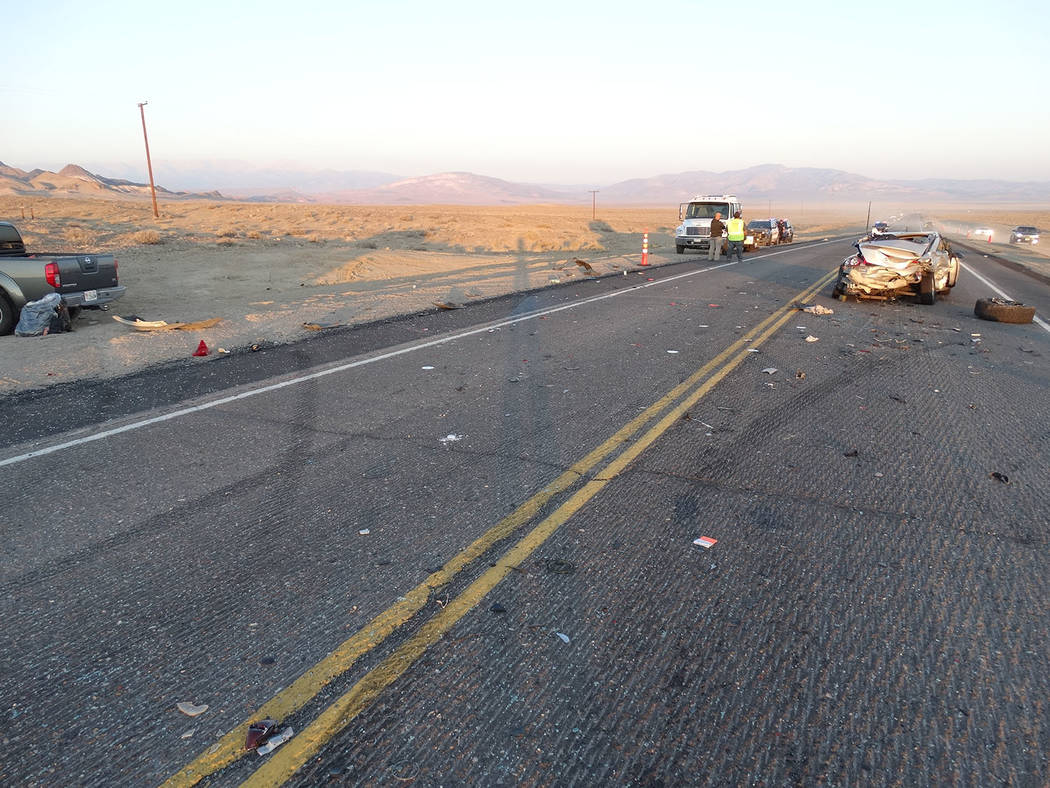 Nevada Highway Patrol A look at the scene of two wrecks that occurred minutes apart on Sept. 2 along U.S. Highway 6 in Esmeralda County near Coaldale Junction. One person was killed.

More details are emerging about a nighttime fatal wreck that killed a Good Samaritan along U.S. Highway 6 in Esmeralda County on Labor Day weekend.

The victim, who became a pedestrian by assisting at the scene of another wreck, is identified as Roy Elick Powell, 32, of Sun Valley in the Reno region, the Nevada Highway Patrol said.

The crash occurred after 2 a.m. Sept. 2 near Coaldale Junction.

“Preliminary investigation shows that prior to this fatal crash, a two-vehicle DUI collision occurred that resulted in the northbound lane of U.S. 6 becoming blocked,” the NHP said in a statement. “Several passersby stopped to help and pedestrians were in the roadway.

“A 2005 gray Nissan Frontier pickup was northbound and the driver was not able to stop in time, causing the Nissan to strike one of the previously disabled vehicles,” the NHP said.

Powell, one of the Good Samaritans who stopped to help with the previous crash, was caught in the secondary collision, authorities said. He was pronounced dead at the scene.

Witnesses or those with information are asked to contact him at 775-687-9631 or jdlitchie@dps.state.nv.us.