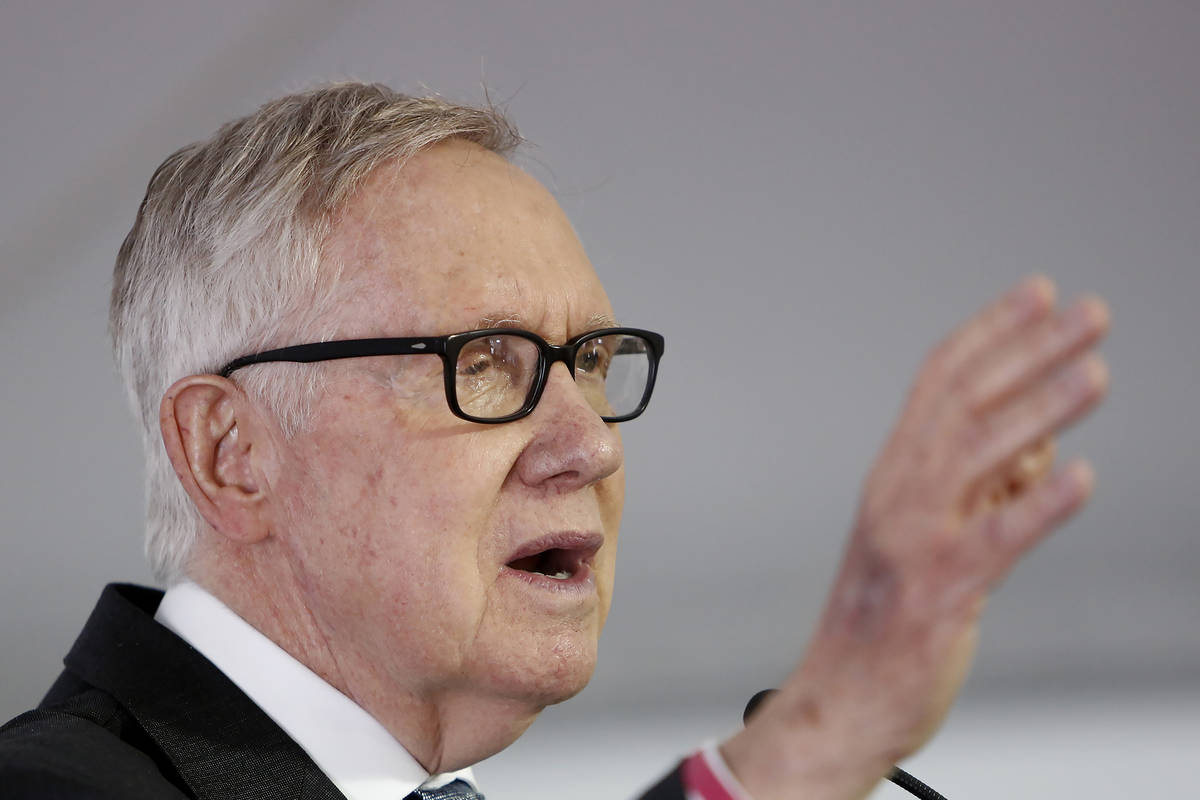 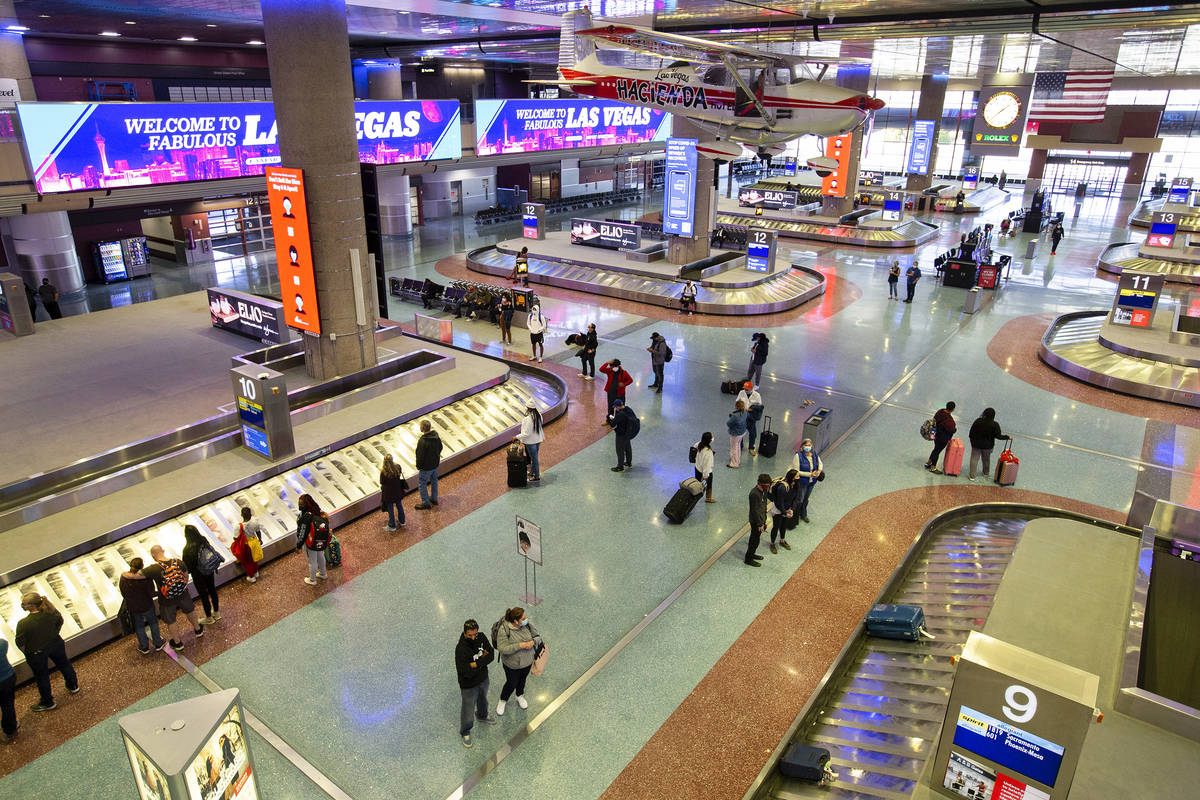 Visitors wait for their luggage at McCarran International Airport ahead of the Thanksgiving holiday on Sunday, Nov. 22, 2020, in Las Vegas. (Ellen Schmidt/Las Vegas Review-Journal) @ellenschmidttt

Commissioner Tick Segerblom is once again driving the renaming bandwagon. It may happen this time. Three of the seven members on the commission seem supportive.

“Sen. McCarran, who at the time was probably a nice man, really is passed in history,” Segerblom said. “If you look back at his record, it was not good. The name doesn’t represent the diversity of our community.”

In one sense, Segerblom is obviously right. There’s much evidence that McCarran held repugnant anti-Semitic sentiments. Those beliefs are widely repudiated today, and rightfully so.

But McCarran’s record features much more than those vile views. McCarran, a Democrat, was responsible for shaping modern aviation. He wrote the Civil Aeronautics Act of 1938 and the Federal Airport Act. He played a large part in the creation of Nellis Air Force Base. He was also a central figure in Nevada political history. He and his protégés dominated the state for decades. He worked to bring war industries to what became Henderson. He spent his political capital to defeat a federal gaming tax that would have destroyed Nevada casinos.

Those are state- and nation-altering achievements.

There’s a deeper question here, applicable to figures from George Washington to Abraham Lincoln. Is it appropriate to honor someone for their accomplishments if he or she has also done or said things that are now considered morally wrong or abhorrent?

Before you answer, consider what your response may mean for Reid in the coming decades. Some of his past comments and actions on topics such as illegal immigration, are now far outside the current progressive orthodoxy.

“If making it easy to be an illegal alien isn’t enough, how about offering a reward for being an illegal immigrant,” Reid said while arguing against birthright citizenship, which he proposed eliminating. “No sane country would do that, right? Guess again.”

A Republican who gave that speech now would be smeared as a racist.

Reid also once described Barack Obama as a “light-skinned” African-American who had “no Negro dialect, unless he wanted to have one.” He later apologized.

This isn’t an attempt to draw a moral equivalence between the words and beliefs of Reid and McCarran. But it does suggest that erasing recognition of someone for his accomplishments over controversy involving something he wasn’t honored for could have unintended consequences.

That’s not just idle speculation. Last month, the San Francisco Board of Education voted to take the name of liberal icon Sen. Dianne Feinstein off a school.

There’s an easy compromise available. County officials are working on a new airport in Ivanpah Valley, around 30 miles south of Las Vegas. If commissioners want to recognize Reid, they should name the new airport after him.