Richard Stephens/Special to the Pahrump Valley Times An egg race in Beatty on July 4, 2010 during a seasonal celebration. Multiple events have been canceled in Beatty due to COVID-19. 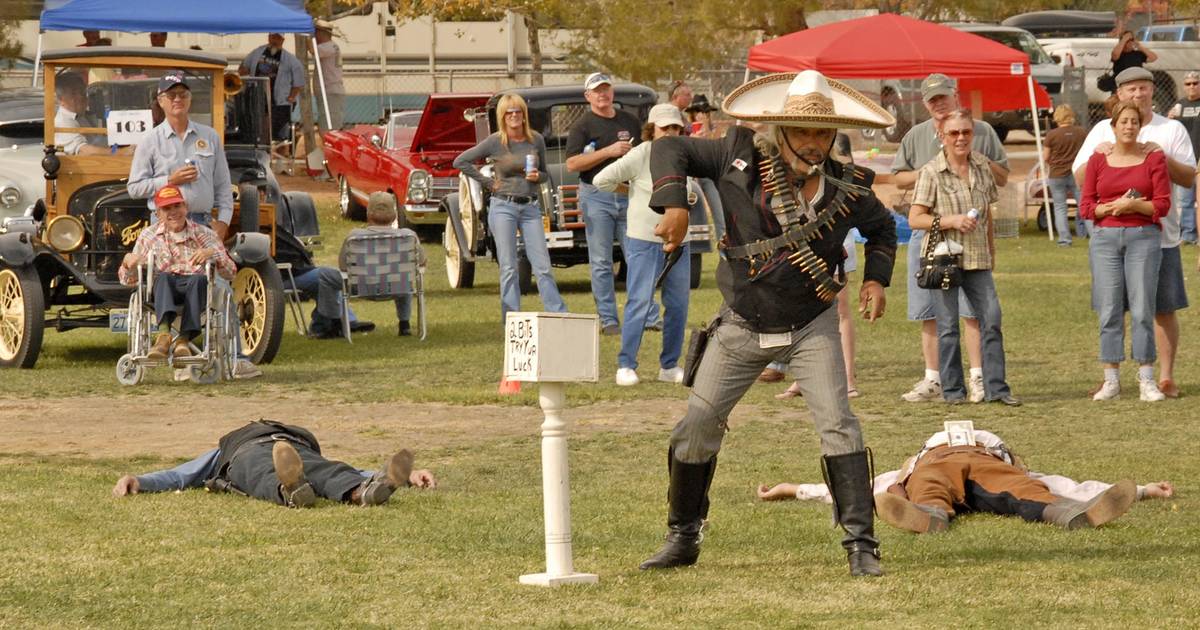 Richard Stephens/Special to the Pahrump Valley Times Multiple events have been canceled in Beatty due to COVID-19. This includes the Fourth of July celebration in the park and Beatty Days, which occurs in October. 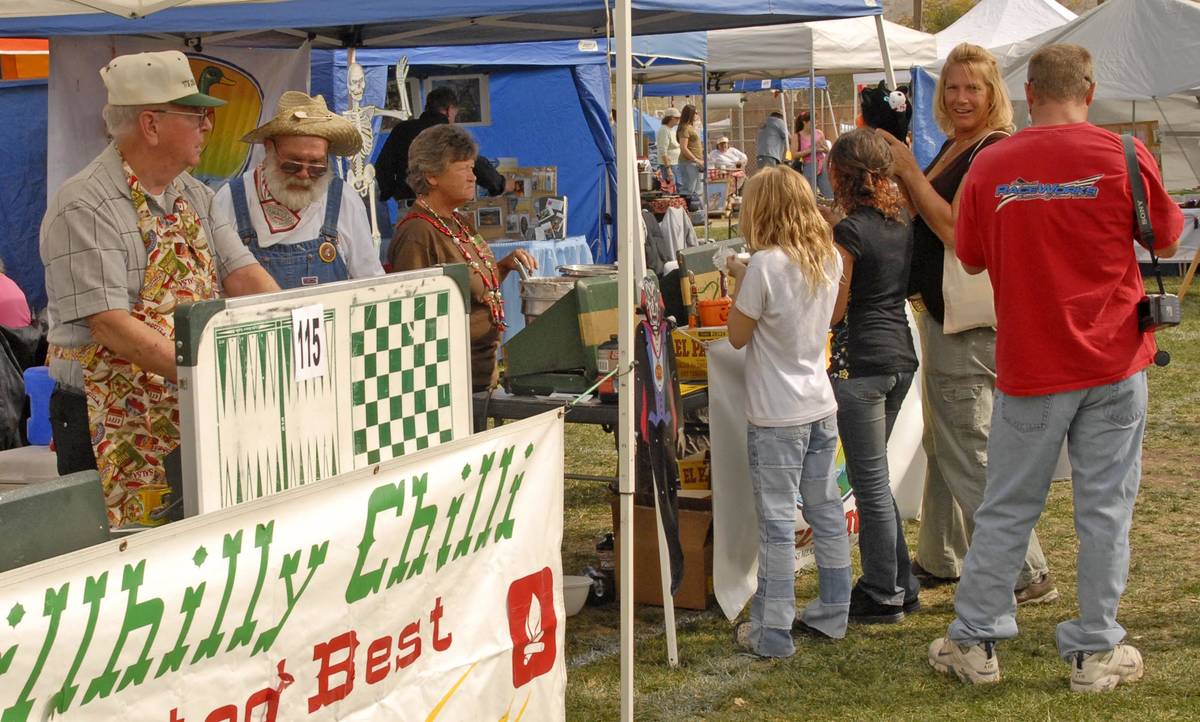 Richard Stephens/Special to the Pahrump Valley Times Festivalgoers enjoy the chili cook-off at a recent Beatty Days celebration. This year's events were canceled due to COVID-19. 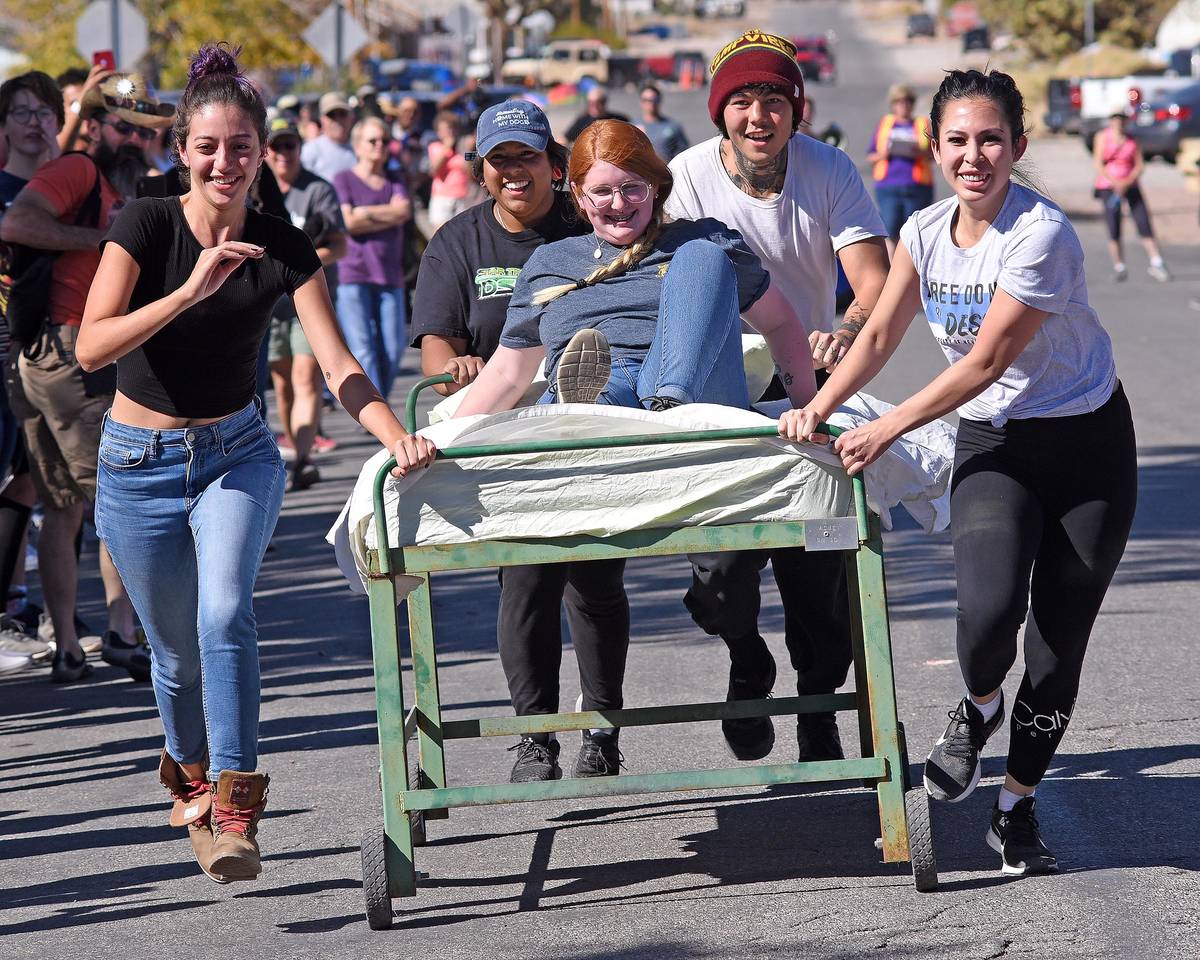 Richard Stephens/Special to the Pahrump Valley Times People participate in the bed races during a recent Beatty Days celebration. The annual event was canceled in 2020 due to COVID-19. 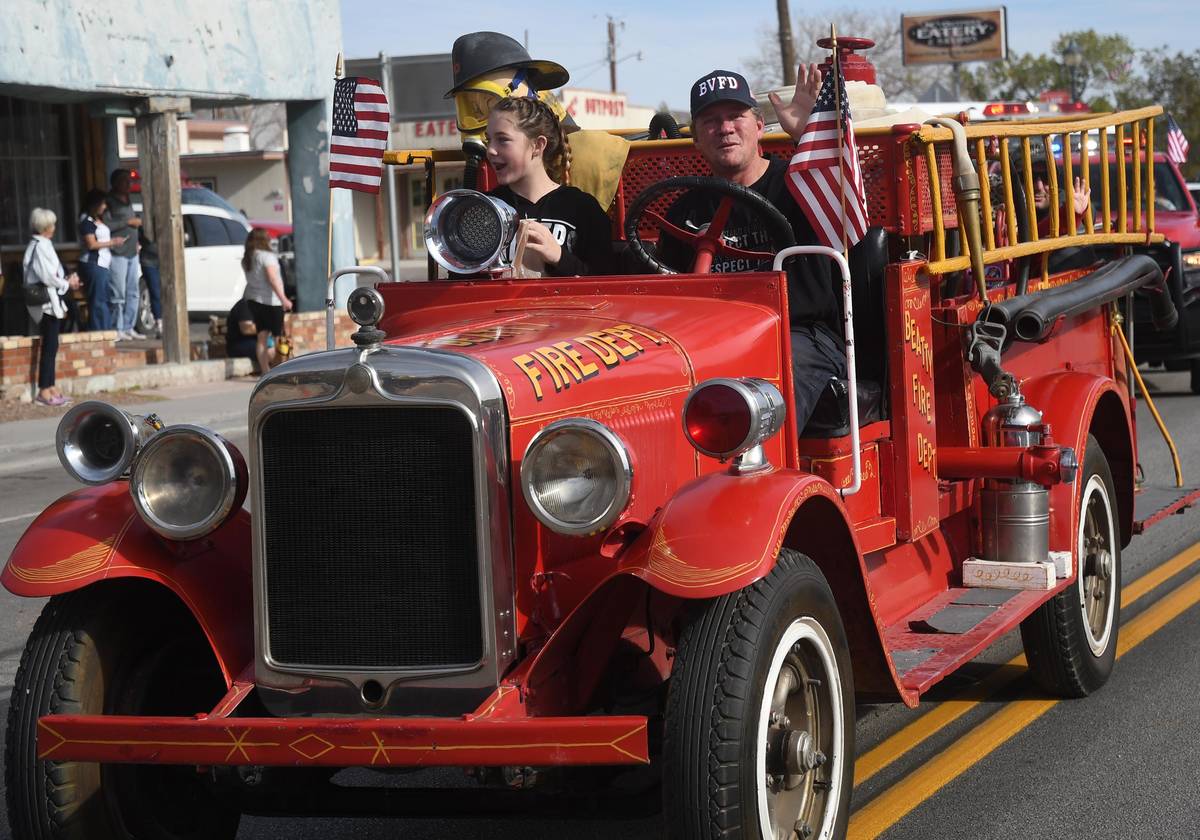 Richard Stephens/Special to the Pahrump Valley Times A look at the Beatty Days parade and an old fire engine during the 2018 event.

Beatty has become known for a great traditional Fourth of July, sponsored by the Beatty Volunteer Fire Department. People have gathered in Cottonwood Park each year for a day of three-legged races, sack races, egg tosses, watermelon eating contests, and other fun, capped in the evening by an impressive fireworks display.

The celebration has been largely supported by the sale of raffle tickets, and, aside from the dangers of large gatherings during the pandemic, the lack of raffle sponsorships is one of the reasons for the cancellation. Beatty Fire Chief Mike Harmon explained that businesses have been so affected by the lockdown that they are not in a position supply prizes for the raffle.

Even though events in the park are canceled, the plan is for the full fireworks show to go on as usual in the evening. If social distancing guidelines have not been loosened by that time, people are encouraged to watch them from home or from their cars.

Beatty Days, a three-day event scheduled for the last week of October, has also been canceled by its sponsor, the Beatty Chamber of Commerce.

Upon hearing about the Beatty Days cancellation via Facebook, some Beatty residents were understanding, while others were critical of the decision, arguing that it was premature.

Beatty Chamber of Commerce President Ann Marchand reacted to the criticism by saying, “I appreciate the fact that they love Beatty Days and want it to happen,” and went on to explain the reasoning behind the decision.

The need to cancel was partly driven by economics. The Chamber of Commerce spends about $20,000 on the event each year. This includes such things as advertising, printing, renting of stages, hiring performers, having T-shirts and other memorabilia made, paying sanction fees for the the chili cook-off, and more.

“We don’t even know if festivals will be permitted by October,” said Marchand, adding that the chamber could not afford to lay out all that money and then have the event canceled later or have it so poorly attended that it was a huge financial loss.

She also said that with the CDC not approving big events, it would be impossible to purchase event insurance.

The chamber has also been informed that, because of revenue shortfalls, the Nevada Division of Tourism does not anticipate being able to give out any advertising grants this year, which amounts to a $38,000 loss for the chamber.

Marchand was also concerned for the people who set up booths and food stalls at Beatty Days every year. “I’d hate to see our vendors buy a lot of product to sell at Beatty Days, and then have to cancel at the last minute.”

The biggest concern was public health. So far Beatty has only had one confirmed case of COVID-19, and a large number of out-of-town visitors crowded together in the park might cause an outbreak.

She also pointed out the possible long-term damage to the reputation of the event and the town if Beatty Days was held and things went wrong.

“If you have an event, and a lot of people get sick and die, that is what people are going to remember. They’ll say, ‘Remember what happened last year? Do you really want to attend?’”

Beatty is not the only community facing the problem. “I’ve been on a lot of conference calls,” says Marchand, “and most towns are canceling their events.”