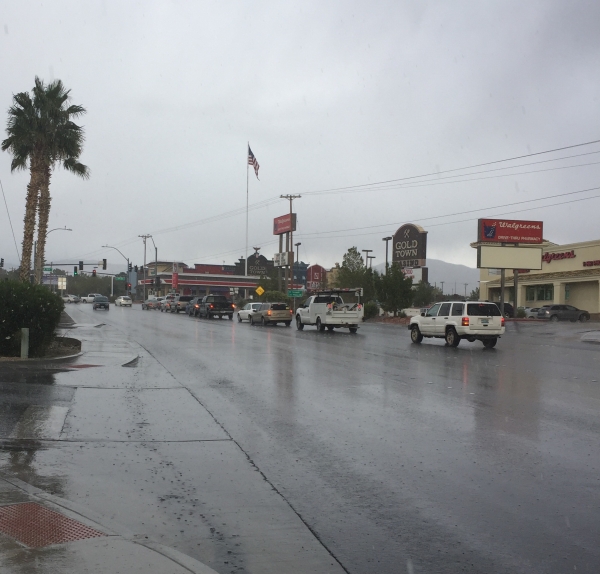 After a weekend and early week filled with rain and windy conditions the Pahrump Valley is set to see a more stable air mass move in, bringing with it sunny skies and calm conditions.

The cool weather will begin to clear out today, as warmer temps are set to build in the Pahrump area.

“The rainy weather will move out and it will warm up some beginning with Wednesday, reaching a high of 59,” said meteorologist Chris Outler with the National Weather Service.

Temperatures will climb into the 60s by the week’s end, with lows dipping into the mid to upper 30s overnight.

A storm system is set to move into Pahrump early next week, with possible precipitation chances making their way back to the valley.

“We’re starting to track a system that could move in Monday, bringing the possibility of rain with it,” Outler said.

The system is in its early stages so the forecast could change as the week progresses.