Congress holds long-awaited hearing on UFOs
By Gary Martin Special to the Pahrump Valley Times
May 19, 2022 - 8:43 am 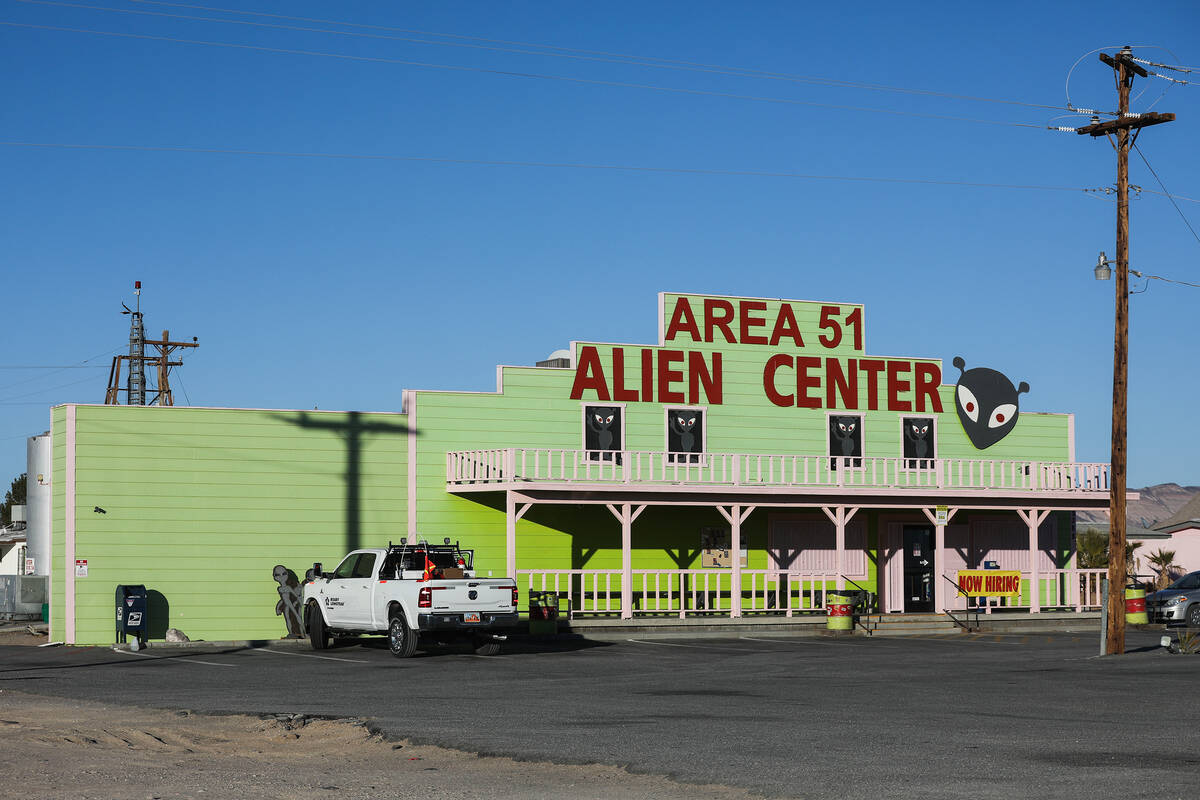 WASHINGTON — Pentagon officials testified Tuesday that the number of reports of unexplained aerial phenomena has increased, but there has been no evidence found to indicate the activity is otherworldly.

The officials testified before a House intelligence subcommittee, a half century after Congress held a hearing on UFOs in 1969.

Since then, Pentagon officials said they tried to eliminate the stigma of reporting unexplained sightings, many by military pilots. They also acknowledged the curiosity of the American people over reports that have captured the public’s imagination.

“We know that our service members have encountered unidentified aerial phenomena, and because UAPs pose potential flight safety and general security risks, we are committed to focus efforts to determine their origins,” Moultrie said.

Lawmakers and the witnesses spoke to the need for transparency from the government about unexplained sightings, following decades when reports and investigations were classified and locked up in the Pentagon and intelligence offices.

But the hearing lasted just under 1½ hours, and the witnesses were cautious with their answers.

There has been no evidence of activity “non terrestrial in origin,” and secrecy is more to do with protecting U.S. intelligence and national security, said Scott Bray, deputy director for naval intelligence.

Some reports from military personnel of craft or aerial phenomena have later been explained, Bray said, and some of the findings have been classified to keep foreign adversaries from knowing the capabilities of U.S. military and intelligence analysis.

Video played during the hearing showed triangular shapes spotted by Navy personnel off both the Atlantic and Pacific coasts. Those shapes, captured by a cameras and night-vision scopes, were later determined to be images created by drones, Bray said.

Cases that have been resolved fall into categories that include airborne clutter, natural atmospheric phenomena, U.S. government or U.S. industry developmental programs or those that are part of systems operated by adversary or foreign interests.

There is also the category, or “holding bin of difficult cases.” Bray said those cases include those with too little information or data to provide an explanation.

The witnesses testified that there have been no crashes with unexplained craft, and no attempts have been made to communicate with military pilots or personnel, who have been reluctant about even reporting incidents out of fear of ridicule.

But Bray noted that the number of such incidents has increased since the military has successfully to remove the stigma for those who report sightings and unexplained events.

“The intelligence community has a serious duty to our taxpayers to prevent potential adversaries such as China and Russia from surprising us with unforeseen new technologies,” said Rep. Rick Crawford, R-Ariz., the ranking Republican on the subcommittee.

Another lawmaker stressed the need for transparency.

“I hope that it does not take 50 more years for Congress to hold another (hearing) because transparency is desperately needed,” said Rep. Andre Carson, D-Ind., the subcommittee’s chairman.

The hearing Tuesday comes after the Office of the Director of National Intelligence released a report in June 2021 on an investigation into formerly classified accounts by military aviators.

Pilots reported unexplained sightings of craft that hovered, or moved with propulsion systems not known to be in use by U.S. and foreign aircraft.

That report was the result of a military investigation that began in 2017.

The impetus for that Pentagon investigation came from the late U.S. Sen. Leader Harry Reid’s efforts more than a decade ago to seek government research into accounts of unexplained events and unknown technology.

The report released last year to the Senate Intelligence Committee fully documented unexplained sightings by military pilots, but it came to no specific conclusions, other than that more research is needed.

During the Tuesday hearing, the military officials said new protocols and procedures are now in place to gather as much information from pilots or others who report sightings of unexplained events.