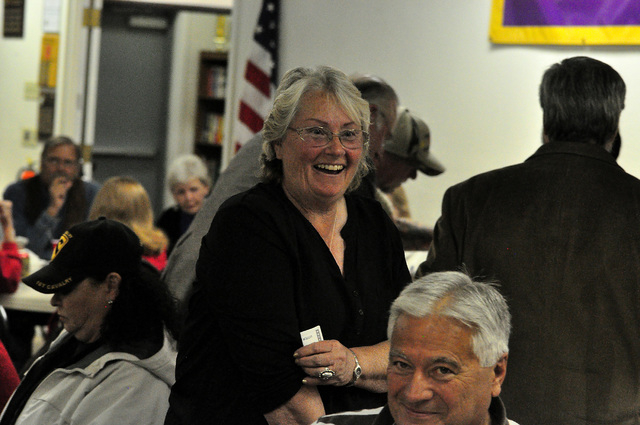 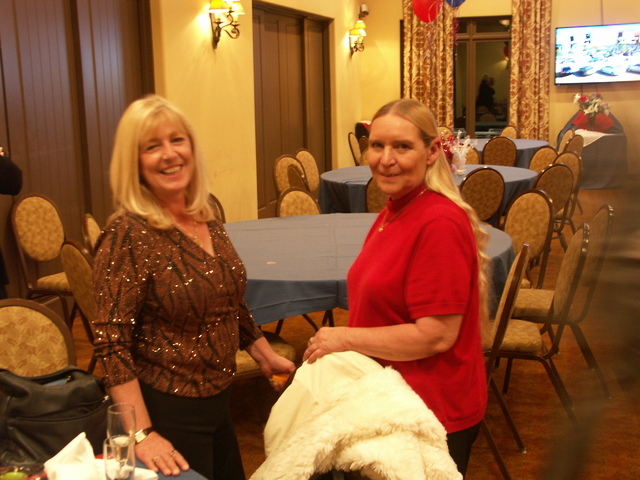 When asked how she felt about the early numbers after the early vote showed her ahead with 68 percent of the vote, Wehrly said, “I am still a little apprehensive about the numbers. I want to wait until the final numbers are in before I start getting all bouncy and jolly and happy.”

“If I do win though the first thing I will do is to make sure that my second in command knows that we are a team and we are going ahead. Then the planning will start. What I am going to do when I get in there is that the first 30 days the public will have an update. Then it will be 60 and 100 days. And from then on we will continue to let people know what is going on and so we will have an absolute transparent office,” Wehrly said.

“The hardest thing for me on this campaign has been keeping my mouth shut. When I need to talk I will just go for long walks. I don’t like mud slinging and I never had,” she said.

Bello defeated Kunzi 61,5 percent to 38.5 percent, leading by 7,388 votes to 4,618 votes. Kunzi made an issue out of Bello’s residency, having recently moved to Pahrump. Bello pledged more openness in the DA’s office.

“I feel very optimistic. It’s in the hands of the people right now and no matter what happens, it was a fantastic experience. This is America, and this is how the democratic process works,” she said.

Additionally, Bello was not ready to declare victory even though she maintained a solid lead throughout the evening.

“Until I actually see all the final numbers, I’m just holding my breath and remaining hopeful.” she said. “I actually feel great right now. When it’s over, it’s over and that’s when I’ll start breathing easy. Until it’s over, your fate is hanging in the balance.”

Bello also said she was quite pleased with how she ran her campaign.

“I made a point to run a very positive campaign. We raised about half of the money, which is not all that unusual. The funds raised came from businesses and a lot of individuals. I’ve never been part of the process and this was my first campaign,” she said.

Kunzi wasn’t available for comment when final results came in. The only Democrat to hold countywide office in the last four years, he narrrowly defeated Republican Ron Kent to win his first term in 2010 by 182 votes.

“I’m honored and humbled. I’m happy to win and I think that percentage of win in a three-way race lets me know to keep doing what I’m doing which is look at each issue. I’ll get all the facts I can get and make my best decision. I’ll keep doing that and hopefully move forward with Yucca Mountain and infrastructure,” Schinhofen said.

Personal property appraiser Sheree Stringer defeated her boss, embattled first-term County Assessor Shirley Matson 7,109 votes to 4,288 votes, a margin of 63.5 percent to 36.5 percent. Stringer pledged to restore confidence in the assessor’s office and kept it out of the newspapers.

“I am just absolutely thankful that the voters came out and did what they did,” Stringer said. She didn’t think Matson had a chance amid all the controversy in the office, with Matson being raided by the FBI and the subject of an ethics complaint.

“I’m happy. I feel like I’ve done a good job for the last 14 years and I’d like to continue. I’m just glad this election is over,” Merlino said.

Merlino, the last countywide official from Tonopah, admitted the prospect of an opponent from Pahrump, the main population base with 82 percent of the population, worried her.

“I will never take it for granted. I’m worried every time somebody runs against me,” Merlino said.