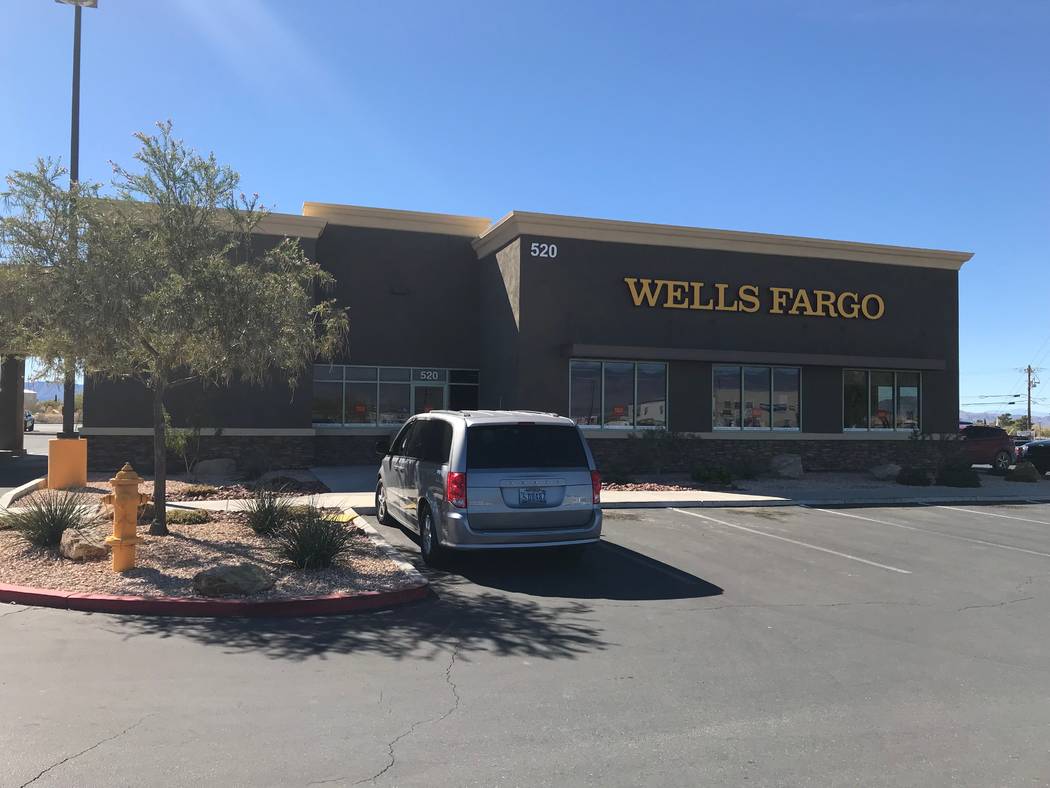 Jeffrey Meehan/Pahrump Valley Times Wells Fargo Bank at 520 S. Highway 160 on Oct. 20, 2017. The branch now has technology that allows customers to use their mobile phones at the ATM machine, no card required. Banking personnel said it was one of the latest conveniences put in place for convenience.

Special to the Pahrump Valley Times Wells Fargo Bank has expanded its mobile-related technology to Pahrump earlier this year. Customers are now able to use their smartphones to gain access to their account, and withdraw money at the local branch's ATM, at 520 S. Highway 160.

The Wells Fargo Bank in Pahrump is one of a few rural locations in the state that allows customers to withdraw cash using a smartphone.

Local customers of Wells Fargo Bank have been able to access their accounts using near-field communications technology (tap and pay) since March, with Mesquite and Pahrump being two rural areas in Southern Nevada to have the equipment in place.

“These new functionalities give customers another option to access their accounts in ways that are most convenient to them,” said Tony Timmons, assistant vice president, Nevada and Utah communications for Wells Fargo. “Our new ATM features exemplify Wells Fargo’s commitment to innovation that helps our customers succeed financially.”

Bank customers simply go to the branch’s ATM and bring up their smart phone’s mobile wallet, though they’ll have to obtain an access code through the banking institution’s app first. Customers can use the branch’s ATM machine using their regular pin to complete their transaction.

Timmons said that over 40 percent of Wells Fargo’s’ ATMs have near-field communications capability or roughly 5,000 locations. The goal is to upgrade the remaining 7,000 machines with the hardware by 2019.

The technology has been implemented at nearly 150 locations in Nevada so far.

The rate of adoption of the new technology has been high.

“Since launching in March, Wells Fargo customers have initiated nearly three million card-free transactions, proving consumers want to use their mobile phones to simplify all of their customer experiences,” Timmons said.

Several other big banks have also started exploring having their customer base gain access to ATMs without a card: JP Morgan Chase, which has 18,000 ATMs in the U.S., and Bank of America.

This wasn’t the only technology-related innovation that has come, or in the process of being developed, for Wells Fargo customers.

Timmons said Wells Fargo has what it calls “Control Tower” in development. The tech allows customers to see where their card or account info “is connected, helping customers streamline their fragmented financial lives.

That experience is slated to launch in the first half of 2018.

In June, Wells Fargo launched a person-to-person payment experience known as Zelle that allowed the bank’s 28 million customers to send and receive payments from anyone with a U.S. bank account. All that is needed is a person’s phone number or email address to send money.

The bank is also looking at future innovations.

Wells Fargo also ran a pilot test for an artificial-intelligence-driven customer chat experience in the spring for Facebook Messenger.