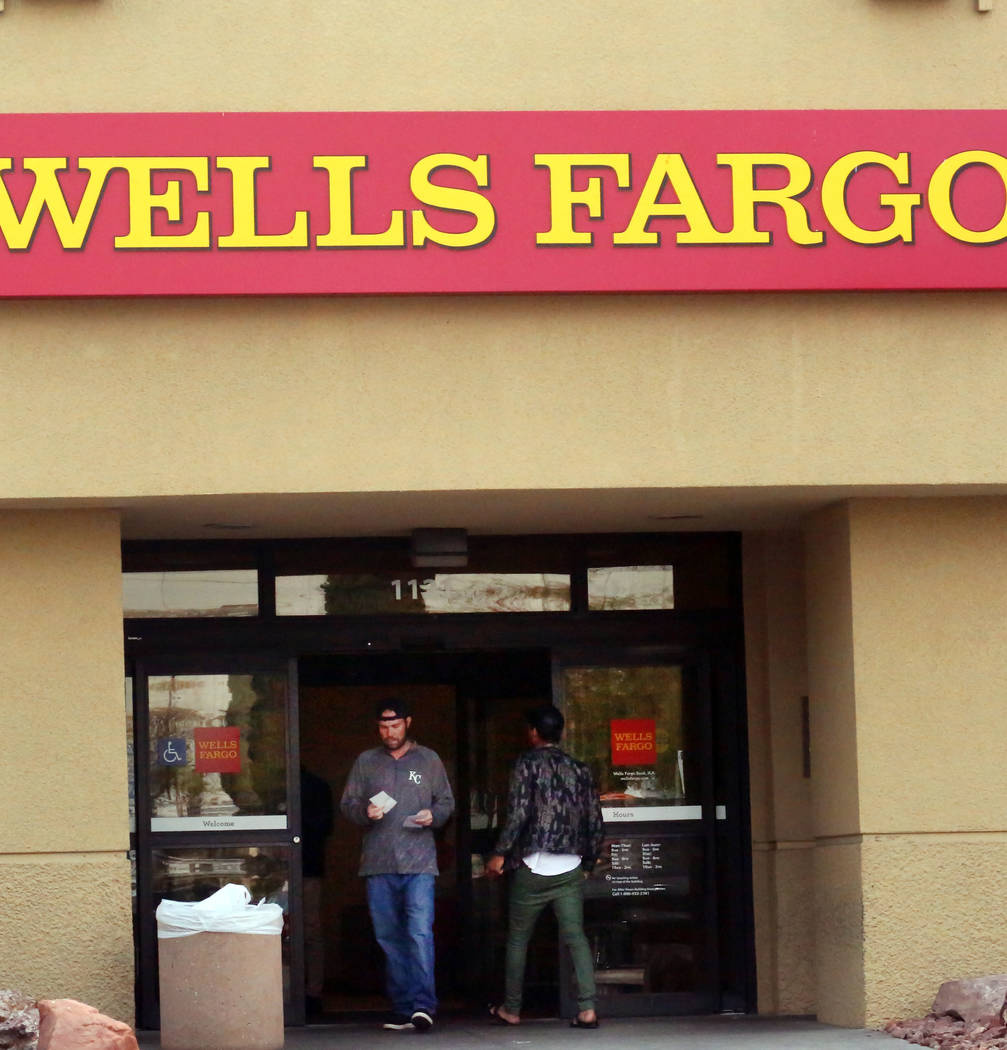 Bizuayehu Tesfaye/Las Vegas Review-Journal Wells Fargo is boosting the minimum hourly pay rate to at least $15 an hour for its U.S.-based team members. It goes into place in March.

Wells Fargo is announcing that the company’s increased minimum hourly pay rate of $15 for its U.S.-based employees goes into effect in March.

The new rate is an 11 percent increase to the current minimum hourly rate of $13.50 that the company announced in January 2017.

“We’re ensuring that Wells Fargo is a great place to work by offering market-competitive compensation, career development opportunities, and a broad array of benefits,” Wells Fargo President and CEO Tim Sloan said in a recent statement.

In addition to the higher pay rate, he said, over the past year Wells Fargo has:Added four additional paid holidays per year;

Wells Fargo also said it is targeting $400 million in donations to community and nonprofit organizations in 2018. The company also announced that beginning in 2019, it will target 2 percent of its after-tax profits for corporate philanthropy.

As part of this expanded philanthropy, targeting $100 million in capital and other resources over the next three years to support the growth of diverse small businesses and $75 million in 2018 to its NeighborhoodLIFT® program, a public-private collaboration focused on sustainable homeownership and neighborhood revitalization.