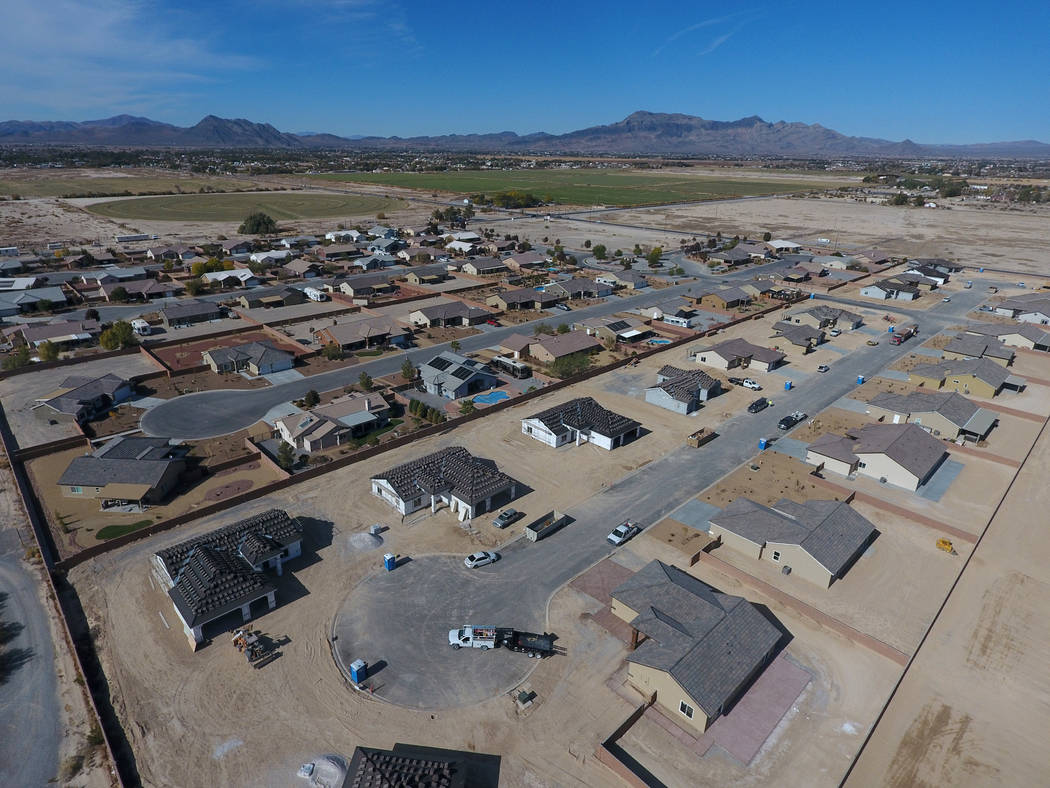 Pahrump residents Arnold Breitenbach and his wife, Sandy, moved into their new Pahrump home in Cottage Grove Estates around mid-August.

The problem, according to Mr. Breitenbach, is the actual spelling of the street, which he said should be spelled White Birch Lane, not Burch.

It should be noted that many of the neighboring streets in the subdivision are named after varieties of trees, including Weeping Willow Court, Spruce Lane, and Bristle Cone.

The Breitenbachs also live on a street named after a tree, or so they initially thought.

For readers who think what’s the big deal, Breitenbach explained that the apparent misspelling has caused a few problems, for him and his wife, most recently while on a shopping excursion.

“For instance, we were in Las Vegas looking to buy something, and I told the salesperson that our address is on White Birch Lane,” he said. “She types in Birch, with an “I,” but it didn’t come up on the computer. I told her that someone made a mistake and spelled it Burch, and that happens quite often to us. My interpretation is that the “U” and the “I” on a computer keyboard are right next to each other. I think the person that submitted it punched the wrong button.”

Not surprisingly, Breitenbach, who is a retired detective from the Los Angeles Police Department, wanted to get to the root of the issue.

As a result, Breitenbach said he communicated the issue by way of email to Nye County officials, but he ran into a dead end.

One of the officials Breitenbach first contacted was Nye County Director of Planning Brett Waggoner, who essentially confirmed Breitenbach’s research.

“Usually it’s the developer who decides on what to name the street,” Waggoner said. “They actually submit a list of street names into this department and this department reviews them, where they look for any kind of conflicts. I don’t have the authority to call it a mistake because we don’t dictate what developers name their streets, necessarily, but we do approve them.”

Efforts to reach the developer for comment on the matter were unsuccessful; however, Nye County Public Works Director Tim Dahl informed Breitenbach via email that the actual spelling of the street was indeed intentional.

“After looking at the file map that created the subdivision Cottage Grove Estates, recorded document # 626500, I see that White Burch Lane is spelled correctly,” Dahl said in the email. “In short, it was the intention of the developer to spell White Burch Lane this way.”

Waggoner, meanwhile, suggested another possible avenue that Breitenbach could take in order to get the spelling of the street on par with the other tree-themed streets in the quiet, well-maintained subdivision.

“It certainly is possible to change a street name,” he said. “Our code does provide you that process. It is something that you would have to apply for, so it does have to go through an approval process.”

Part of that process involves obtaining a road/street name change application from the planning department, where the application fee totals $675 for one intersection.

Another element of the process involves getting additional residents on board, via a petition, according to Nye County Principal Planner Cheryl Beeman.

“If he’s going to come in as a public petitioner, he should have all of his neighbors on board with him,” Beeman said. “The process for the residents involves going before the Pahrump Regional Planning District. We also have a process regarding the changing of street names. We have to notify the post office, we have to notify the people who live on that street and we also have to notify emergency services and law enforcement. There are also other issues involved, including how many intersections are affected and how many street signs are affected.”

Regarding the effort to get his neighbors on board with the petition, Breitenbach axed the idea entirely.

“I’m not going to do that,” he said. “I don’t know if anyone else on this street has tried to do anything about it, but I do know that they were not happy with the spelling of the street. I don’t think this type of thing puts Pahrump and Nye County in a good light. The lady in Las Vegas said that’s the way it is out there in Pahrump.”

As a point of interest, it should also be noted that Pahrump is home to another roadway in the Mountain Falls community, both named and spelled, interestingly, “Birch Court,” according to Beeman.