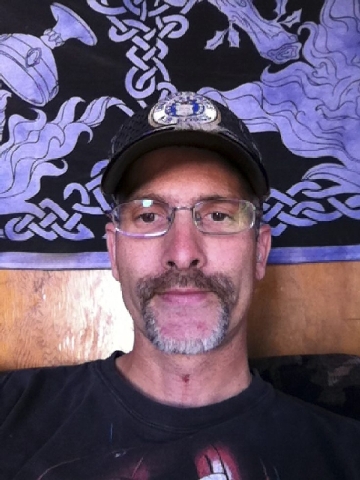 So far the hopes and prayers of Trayce Kinkel have gone unanswered in the three weeks since her husband Charles Kinkel III went missing.

The 40-year-old newcomer to Silver Peak disappeared mysteriously sometime between the evening of July 24 and the morning of July 25. After three weeks of searches and efforts by his wife to generate information, his disappearance is just as big a mystery today as it was when it was first reported.

Kinkel last talked with his wife on July 24. She promised to deliver a wake-up call the following morning so that he’d be up for his new job. For more than half an hour she called his cell phone around 6 a.m. with no response before her calls began going directly to voice mail.

She contacted an associate of Kinkel’s and his boss in Silver Peak later in the morning and there was no indication where he might be.

Around noon July 25, his locked vehicle was found at Blair Junction. His cell phone was inside, but his wallet and debit card were nowhere to be found.

Trayce Kinkel came to central Nevada last week with a friend to claim the vehicle. It was in good running order when retrieved from impound and had a third of a tank of gas when first discovered.

“When they told me his cell phone was found in the car, I became worried and wondered, ‘What is going on?’” the distraught wife said this week.

She said her husband was “married to his phone” and there would be no good reason for him to leave it.

Her efforts she says to get information out about her missing husband have been mixed.

She and a friend who picked up the car took a circuitous route home to Wells, posting flyers about his disappearance wherever possible and visiting police stations, such as the tiny outpost in Austin.

She said a deputy there was helpful in posting a flyer and gave her a lead to a newspaper source in Winnemucca, which early this week seemed to be picking up the story after her repeated calls.

But she has not gleaned much information from the Esmeralda County sheriff’s office, which is leading the investigation.

Because few details are known about the case, her mind has wandered to all kinds of scenarios such as could he have been taken after witnessing some illicit drug activity or another kind of crime.

Kinkel had moved to Silver Peak recently, taking a transfer from a Ledcore Mine property in Elko County to its Esmeralda County site as a haul truck driver.

The missing man was 39 when he disappeared but since has had his 40th birthday.

He is five-eight, 150 pounds with brown hair and brown eyes.

Sometimes with a goatee and sometimes clean shaven, he occasionally wears reading glasses and has hearing aids in both ears. He has a dragon tattoo on his lower left arm and piercings in his left ear.

Anyone with information about his disappearance or whereabouts is asked to call the Esmeralda County Sheriff’s Office at 775-741-9249.