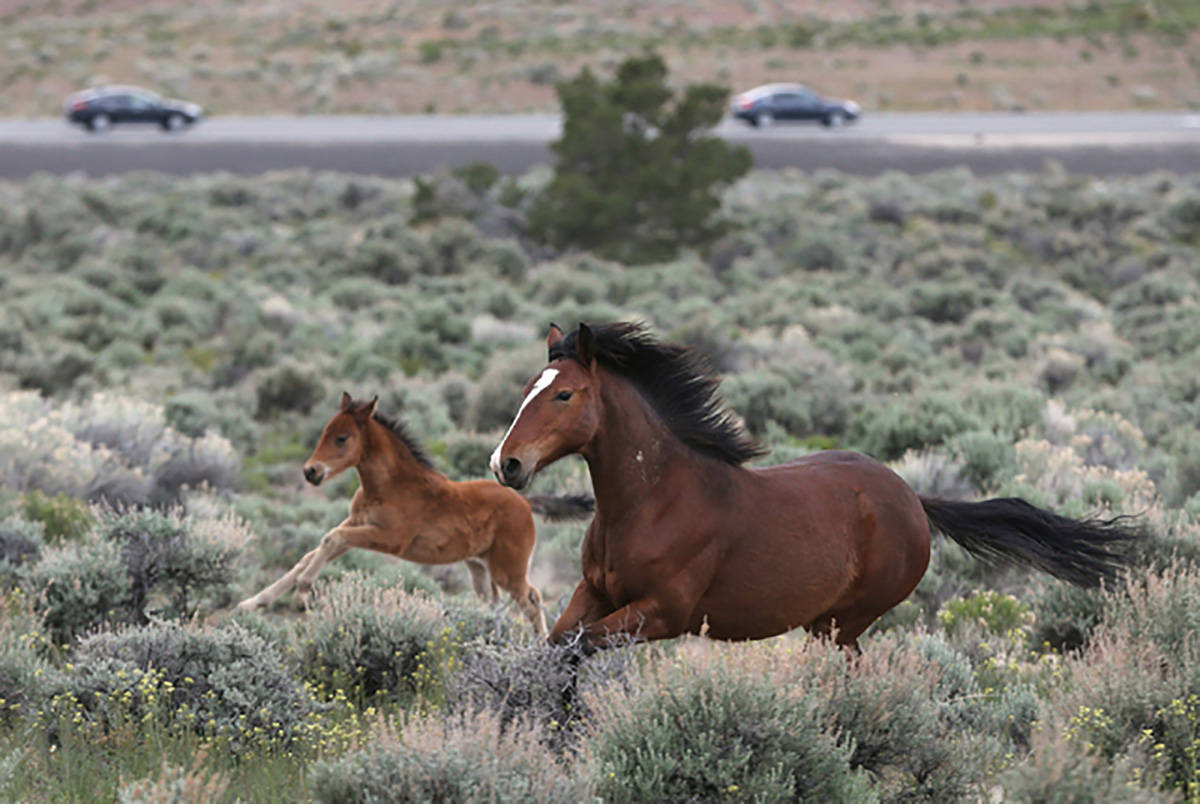 Las Vegas Review-Journal-file Organization that advocates for wild horses positive on the withdrawl the nomination of William Perry Pendley as director of the Bureau of Land Management.

The American Wild Horse Campaign recently hailed the Trump administration’s decision to withdraw the nomination of William Perry Pendley as director of the Bureau of Land Management.

“William Perry Pendley has spent his career working to sell off America’s public lands to private industry and was the worst choice possible to lead the Bureau of Land Management, the steward of 245 million acres of public landscape,” AWHC said in a statement. “As acting BLM director, Pendley absurdly called America’s beloved wild horses an existential threat to the public lands, when these iconic animals are not even present on 88 percent of the lands his agency manages. Pendley’s brazen scapegoating of wild horses for environmental damage caused by livestock grazing and other commercial industries drew scorn from conservationists and wild horse advocates alike.

“America’s wild horses and everyone who loves them are breathing a sigh of relief today at the news that the Trump administration has withdrawn Pendley’s nomination as director of the BLM.”

The AWHC is the nation’s leading wild horse protection organization, with more than 700,000 supporters and followers nationwide. AWHC is dedicated to preserving the American wild horse and burros in viable, free-roaming herds for generations to come, as part of our national heritage. In addition to advocating for protection and preservation of America’s wild herds, AWHC implements the largest wild horse fertility control program in the world through a partnership with the state of Nevada for wild horses that live in the Virginia Range near Reno.