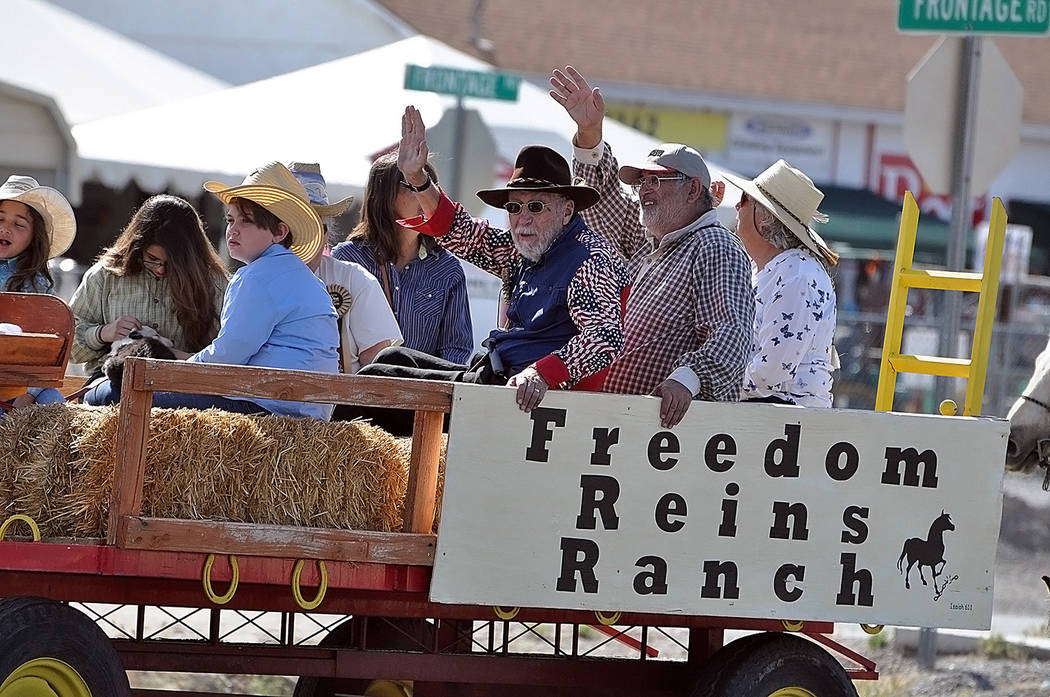 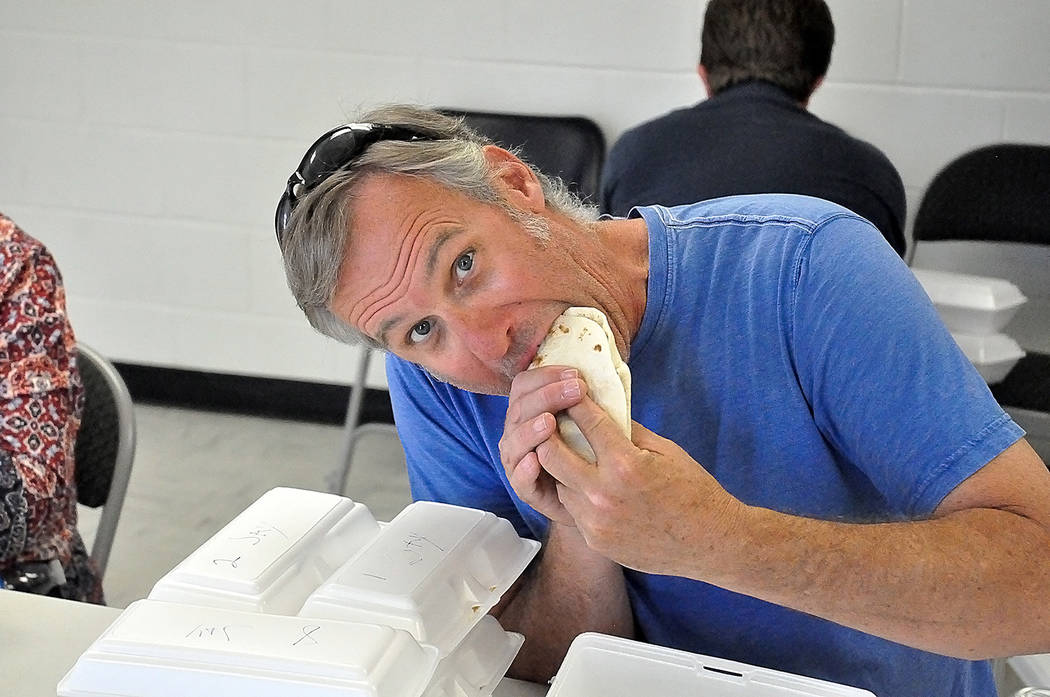 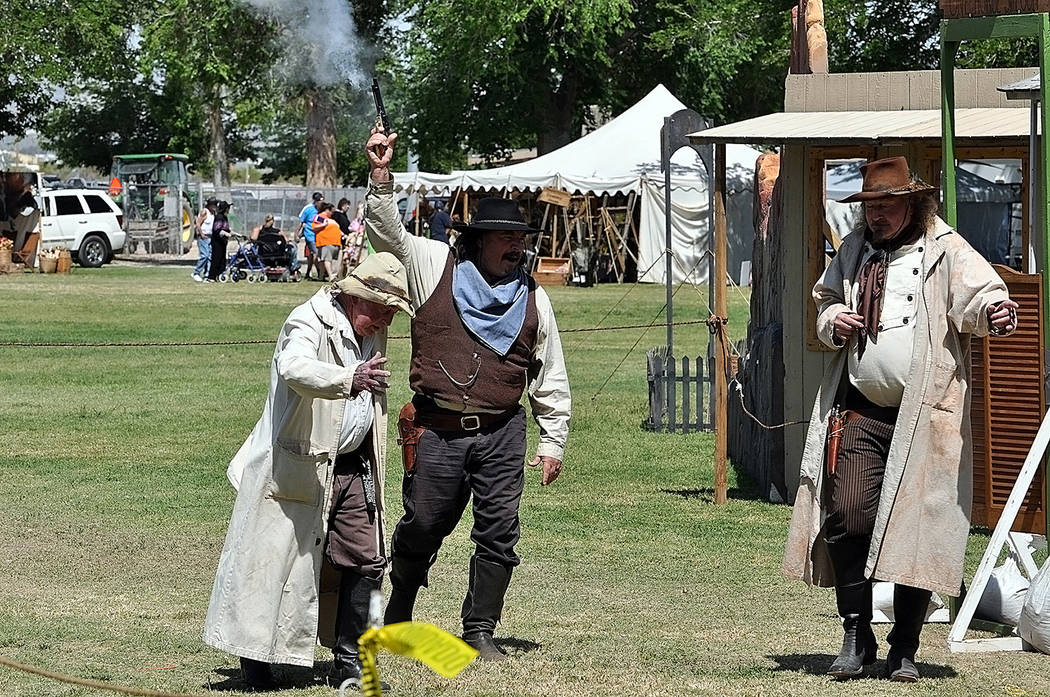 Horace Langford Jr./Pahrump Valley Times The Pahrump Gunfighters have always been a popular fixture at the Wild West Extravaganza and Bluegrass Festival. The group performed western-themed skits, with a little gunplay involved throughout the weekend. 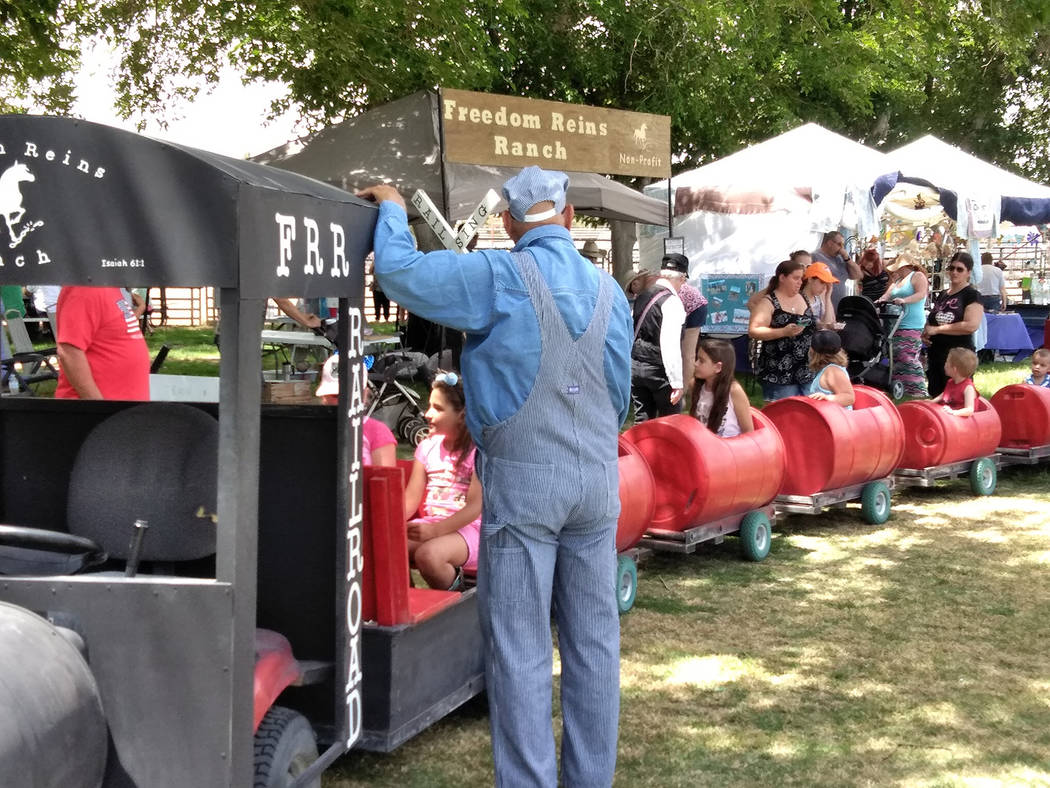 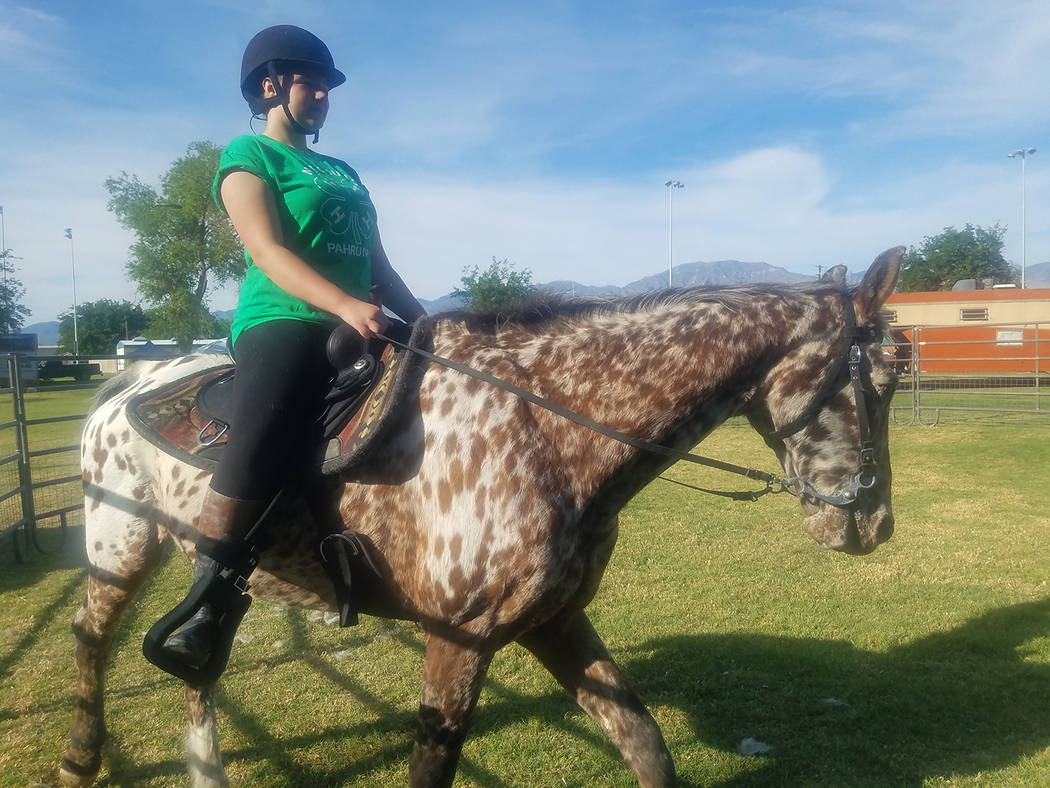 David Jacobs/Pahrump Valley Times Maggie Lepore of 4-H in Southern Nye County rides a horse named Taz as the Wild West Extravaganza and Bluegrass Festival got underway on May 4 in Petrack Park in Pahrump. 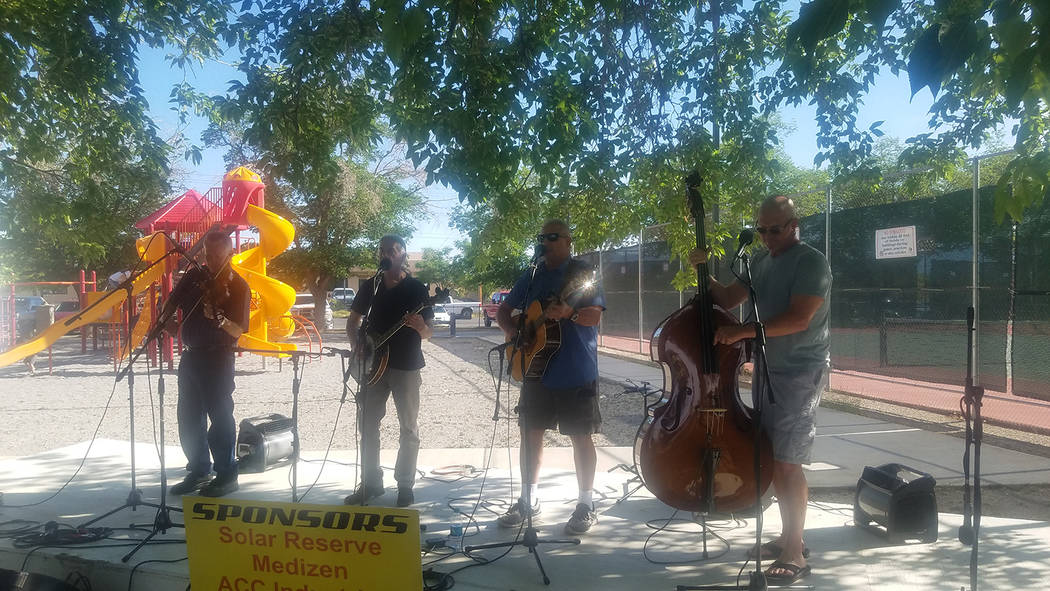 David Jacobs/Pahrump Valley Times The Out of the Desert band performs at Wild West Extravaganza and Bluegrass Festival on May 4 in Petrack Park. The special event spanned three days.

The sight of horseback riders, stagecoaches, and western-themed regalia traveling up Highway 160 this past Saturday was a clear indication that the annual Pahrump Wild West Extravaganza and Bluegrass Festival had returned to town.

The tradition was started by the late Bob Baker more than a decade ago.

Committee member Jim Hannah said he was very pleased with how the event fared this year.

“It was a really smooth running event,” he said. “We look at this as a gift to our community. A lot of work was put into this. That’s pretty much what this event is about, and that’s the difference between us and some of the other festivals in town. This is really community-oriented. It’s a bunch of Pahrump people working to put an event on for the community.”

Though Hannah did not have all of the numbers in, he noted that attendance appeared to be steady throughout the weekend.

“I really have no idea what the attendance numbers were, but I can tell you that on Saturday we had a lot of people moving through,” he said. “It was a pretty level crowd throughout the better part of the day, but it seemed a little lighter on Sunday though.”

Regarding the vendors who participated this year, Hannah noted that many local political candidates decided to set up a booth this year.

“I think we had somewhere in the neighborhood of 50 vendors taking part this year,” he said. “You also have to consider that it’s a political year, so a little less than a third of those were political booths.”

Additionally, Hannah said there were plenty of activities happening at the park for those of all ages, including outhouse races, a crazy legs competition and the Pony Express trail rides.

“We kicked the event off with the parade portion of the Wild West Extravaganza,” he said. “We had folks from Freedom Reins with their hay wagon. We also had the inaugural Red Wagon race, where the idea was to put one of your buddies, or maybe not one of your buddies in the wagon and see if you can drag him around the course. We also had goat yoga, which I’m not really familiar about what that is.”

Complementing this year’s event was the first ever Pahrump Taco Fest, where teams of competitors created their best tacos for attendees to sample.

“I think we raised close to $6,000 for the 4-H Club of Pahrump,” she noted. “I just want to give thanks to everyone who helped out, because it was an amazing group effort.

“I also want to give a special thanks to the 4-H Club themselves. The winners were Alice Cummings Hair Salon, Java Junkies and Pahrump Mobile Mechanic if memory serves me correctly. Congratulations to all, because we all win when the kids win.”

Hannah, meanwhile, spoke about a special event that took place at the park, courtesy of the Pahrump Gunfighters.

“We had some vow renewals at the park on Saturday,” he noted. “In fact, we had three of those going on with the Pahrump Gunfighters. It was a called a shotgun-wedding vow renewal, which was a pretty cool thing to see. We also had some great bluegrass music, which really set the theme of the weekend.”

Additionally, Hannah complimented Mother Nature on her cooperation over the weekend.

“I thought the weather was very conducive to the overall success this year,” he said. “Petrack Park is just an awesome venue because there’s a lot of shade in the park. It seemed that everybody had a very laid-back attitude this year, compared to all of the other Wild West Extravaganza events in the past.”