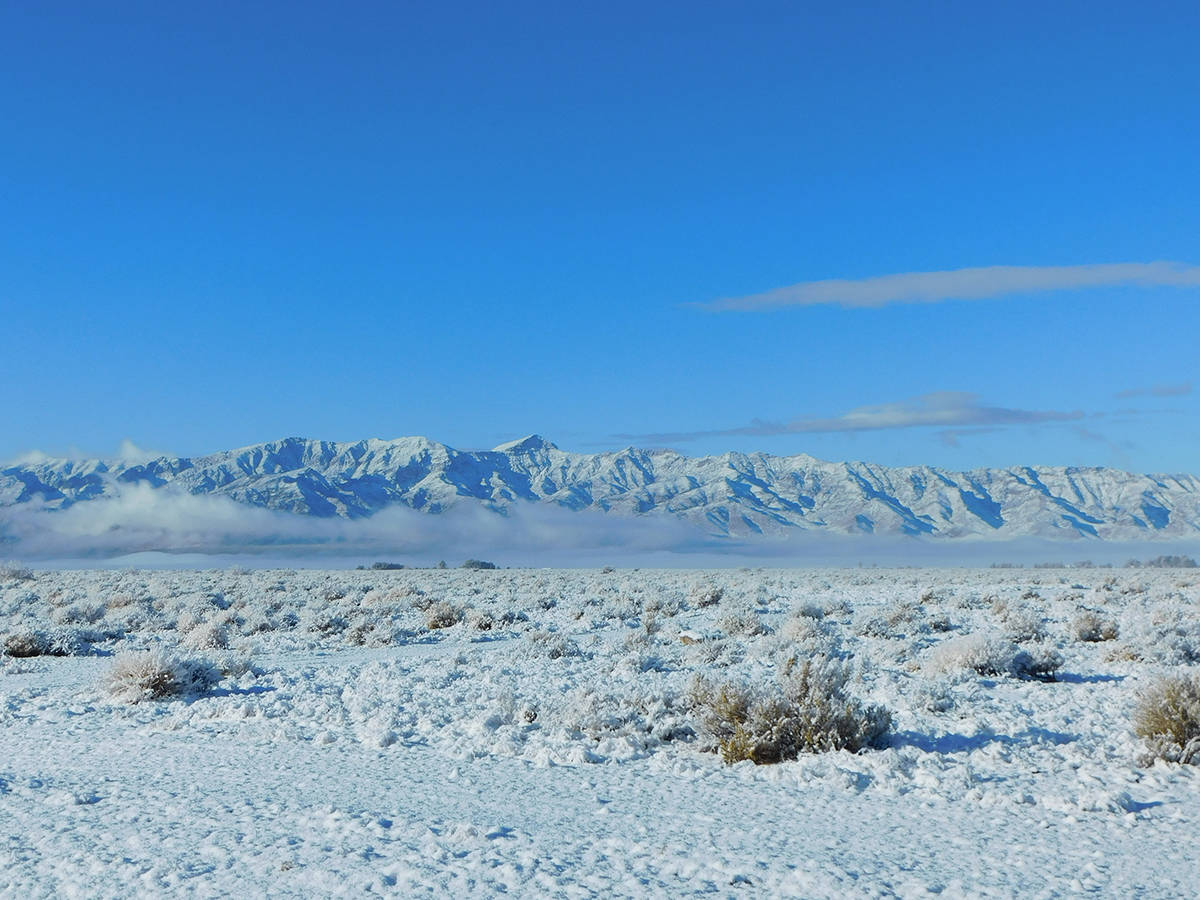 Robin Hebrock/Pahrump Valley Times Taken the morning of Tuesday, Jan. 26, this photo shows a stretch of snow-covered land on the southern end of Pahrump, with the snowcapped peaks of the Nopah Range visible in the background. 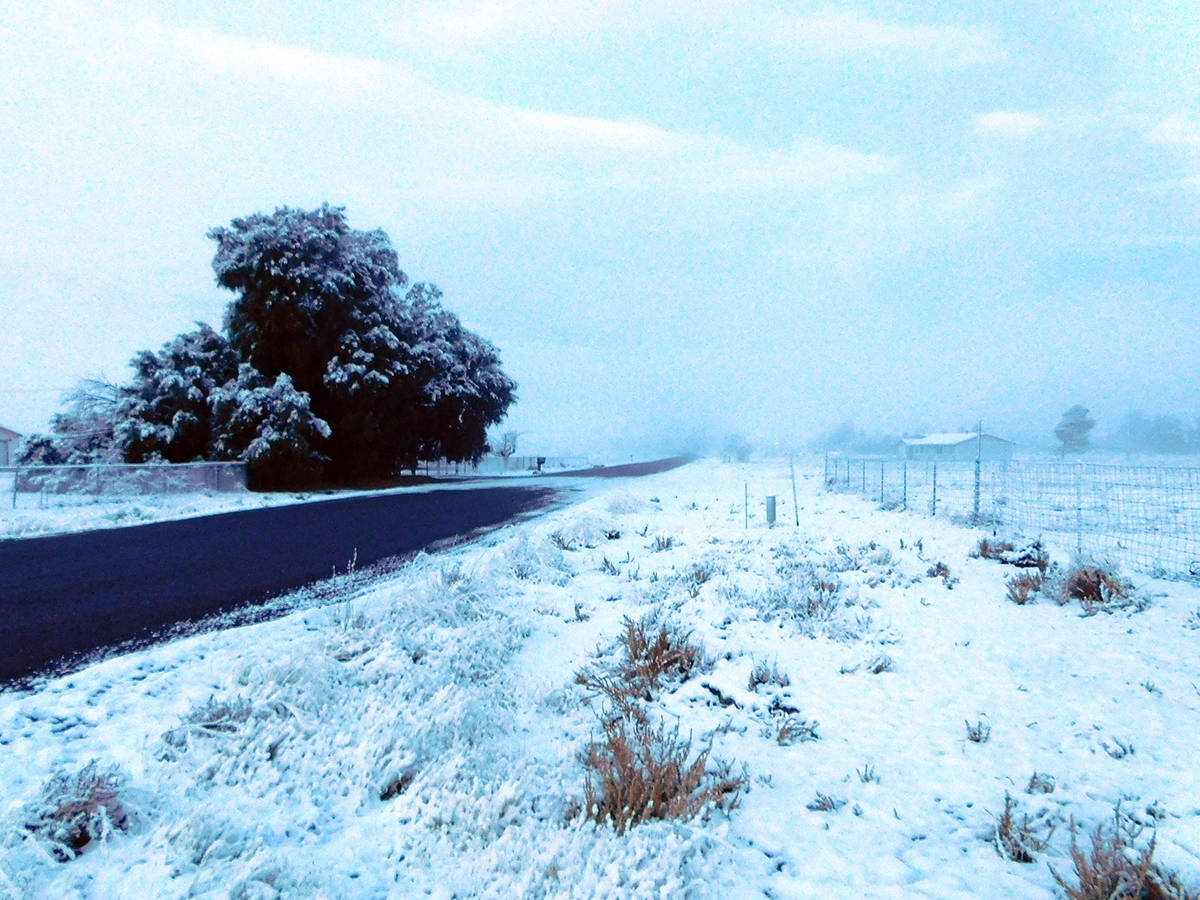 Robin Hebrock/Pahrump Valley Times Neighborhoods all across the Pahrump Valley received up to a reported four inches of snow from Monday, Jan. 25 through the morning of Tuesday, Jan. 26.

Pahrump awoke to something of a winter wonderland on Tuesday, with a blanket of snow covering everything from homes and cars to mailboxes and trees, creating a shimmering white landscape, and the resultant fog banks rolled quietly through neighborhoods, obscuring the usually clear view of the valley’s surrounding mountain ranges.

The rare sight was the outcome of a winter storm that made its way across Southern Nevada throughout Monday and into the early morning hours of Tuesday, bringing with it rainfall, along with snow flurries that eventually gave way to true snowfall.

For the Pahrump Valley, the storm initially produced a mixture of rain and snow, with minimal accumulation until the overnight hours, when the flakes finally began to stick in earnest. The storm dropped about four inches of snow in Pahrump—also the first measurable snowfall in town in about a decade, according to the National Weather Service in Las Vegas.

The National Weather Service issued a winter weather advisory on Monday, which remained in effect until 10 a.m. Tuesday morning, with affected areas including western and southern Clark County, southern Nye County and the Las Vegas Valley. Snow was expected at elevations above 2,000 feet and with Pahrump sitting at just under 2,700 feet, the storm did not disappoint locally.

According to Trevor Boucher with the National Weather Service in Las Vegas, snow began to fall on the valley around 11 a.m. on Monday, with a light dusting of up to an inch in some areas. The precipitation ceased at approximately 1 p.m. and then began once more as dusk approached. The majority of the accumulation occurred overnight, with Nye County Emergency Management Director Scott Lewis telling the National Weather Service that up to four inches of snow had been reported by early Tuesday morning. As of 10 a.m. Tuesday, that total was confirmed.

Some valley residents have been questioning why there were daytime snow flurries in the valley on Monday, rather than just rain, when temperatures did not reach 32 degrees or lower until about 3 a.m. on Tuesday.

As for what the coming week will bring weather-wise, another storm is on the way but this one is not expected to include snowfall.

“This system will exit the area Tuesday with dry conditions through Thursday. The next precipitation chance will be Friday, but that system will be too warm for snow,” officials with the National Weather Service stated.