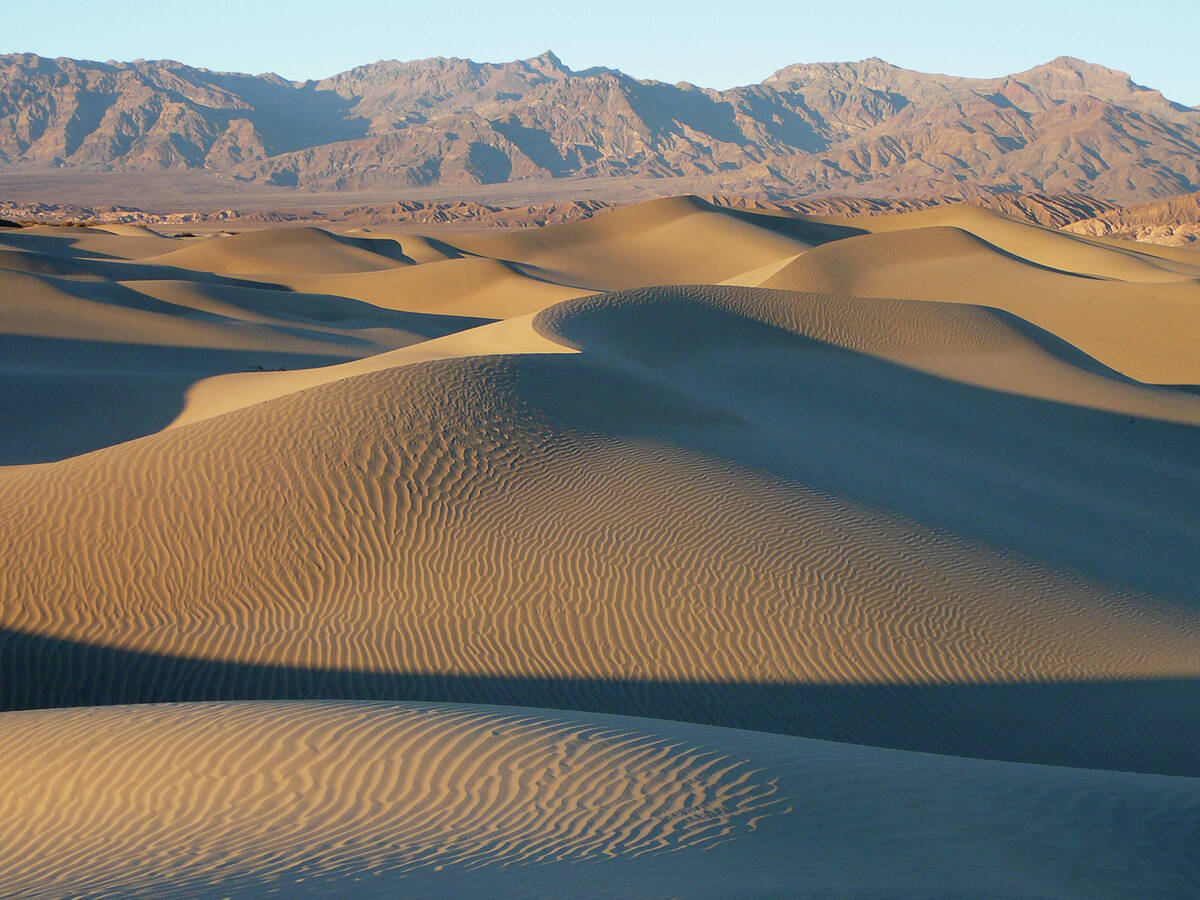 National Park Service Search teams found tracks matching the deceased woman’s hiking boots in the vast Mesquite Flat Sand Dunes. The 27-year-old woman was said to have been an experienced hiker. The Inyo County Coroner's Office is investigating the cause of death.

Death Valley National Park officials and the Inyo County Coroner Office are investigating the death of a female hiking in the Mesquite Flat Sand Dunes area.

As stated in a news release, the 27-year-old woman died earlier this month while she and her aunt started their hike from the sand dune parking lot around 11 a.m. on Saturday, Nov. 6.

“The pair split up around 11:30 when the aunt returned to the parking lot and the woman said she would return in one or two hours,” according to the release. “The woman was an experienced hiker. After a few hours, the aunt hiked back into the dunes but was unable to locate her niece.”

The release went on to state that the aunt contacted park rangers around 5 p.m. to report her niece had not returned, while park rangers were unsuccessful in locating the woman that evening.

Additionally, a larger group of park rangers searched the area the following morning when, at approximately 9 a.m., one of the search teams found tracks matching the missing woman’s hiking boots.

“The deceased woman was found at 9:22 a.m.,” the release stated. “She was in the flats north of the sand dunes, about one and a half miles from the parking lot. Park staff used a wheeled carrier to carry her body to the parking area. The Inyo County Coroner Office is investigating, however, foul play is not suspected.”

Officials have not released the name of the deceased.