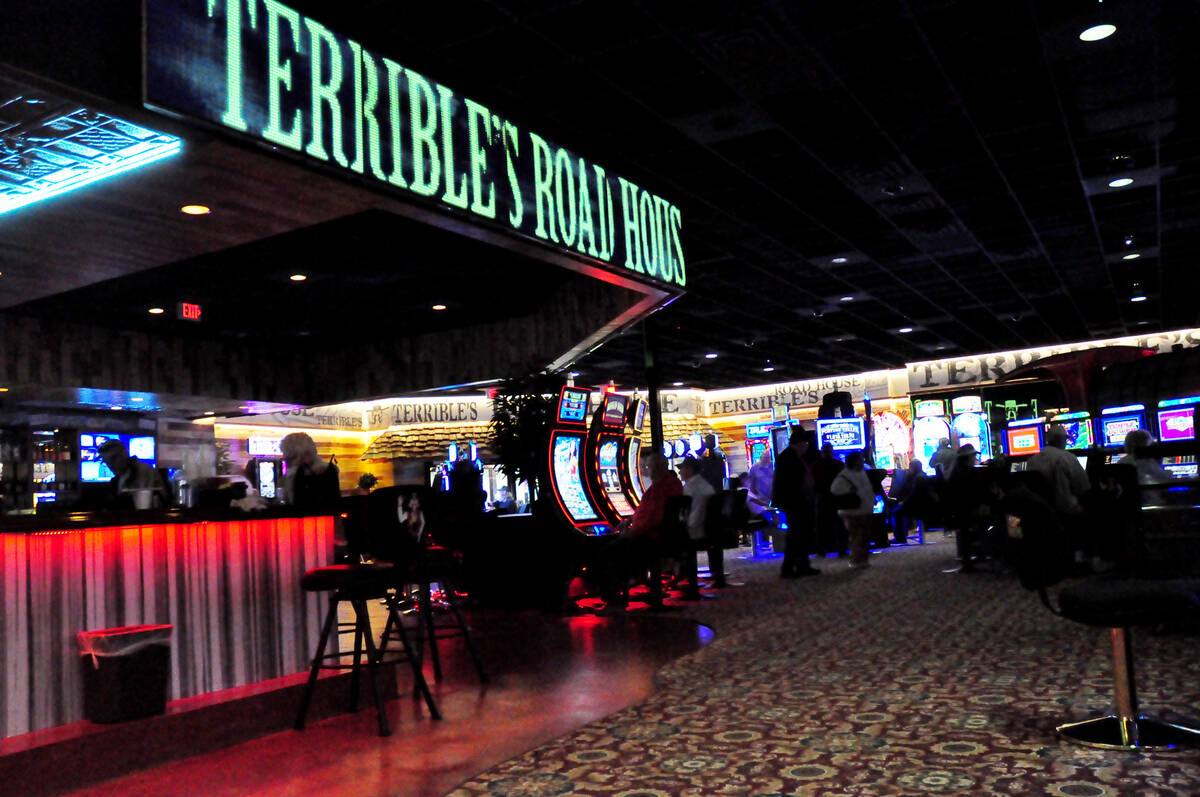 It took several Nye County Sheriff’s Office deputies to subdue a woman who was reportedly acting erratically at a local casino.

Deputy Landen Rowland was dispatched to Terrible’s Roadhouse Casino just after 7:30 a.m. on Monday where he made contact with Hilda Castellanos.

While interviewing the woman, she allegedly cut her wrist with a blade and began to bleed, according to the arrest report.

“I placed Hilda in handcuffs and explained to her that she was going to the hospital,” the deputy wrote in his report.

But Castellanos allegedly attempted to run away while in handcuffs, the report said.

“After a brief foot pursuit, I captured Hilda, who began to resist by pulling away from me while I was conducting a search,” the report said. “Before placing her into my vehicle, Hilda was constantly pushing back at myself and other deputies on scene. Hilda also attempted to kick myself and deputies while being searched.”

Castellanos was placed into the marked sheriff’s office vehicle, the report said, where she allegedly began to kick the inside of the vehicle, destroying the plastic covering on both seat belts, rendering them unusable, according to Rowland.

“While attempting to place a hobble on Hilda’s feet to prevent further kicking, Hilda kicked myself and deputies on scene,” according to Rowland’s report. “Hilda had to be transported by a different deputy on scene due to the damage done to my vehicle and the inability to properly restrain her.”

Castellanos faces several charges, including battery on a protected person, resisting a public official and damaging a sheriff”s office vehicle.