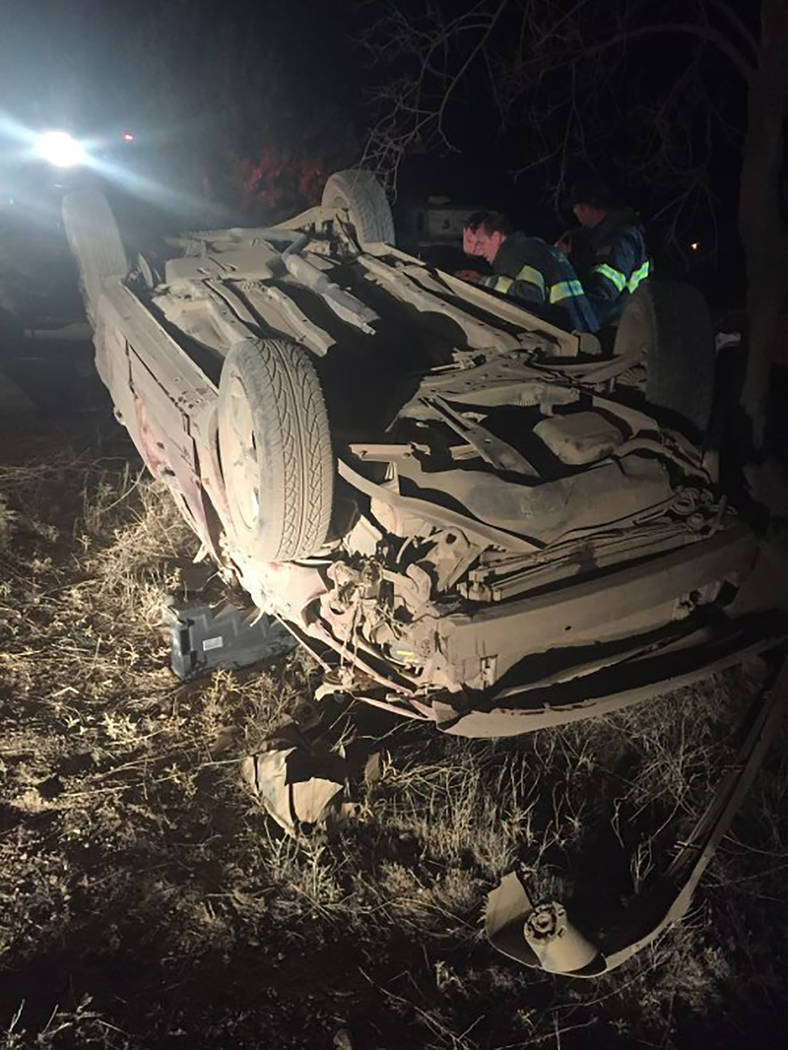 Special to the Pahrump Valley Times Emergency crews were forced to hand carry their equipment more than 25 yards to free an entrapped driver following a rollover crash on the evening of June 11. The driver was transported by Mercy Air to UMC Trauma in Las Vegas. She is expected to recover from her injuries. 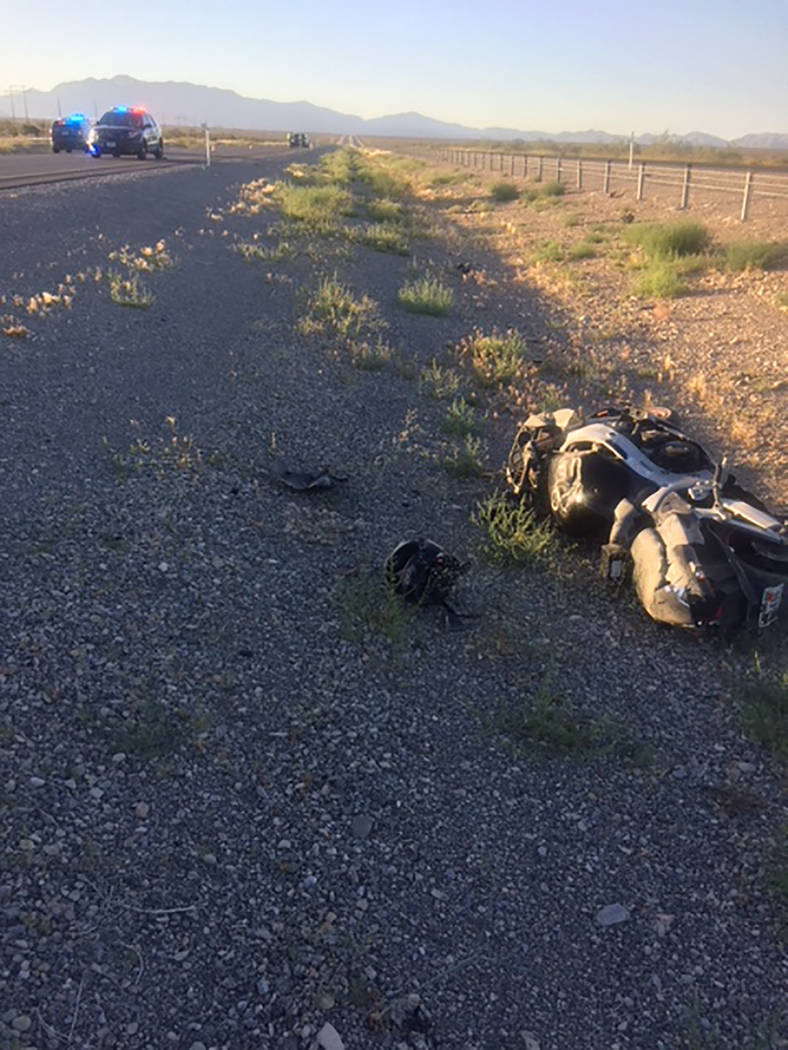 Special to the Pahrump Valley Times A motorcyclist is recovering from injuries sustained in a crash along south Highway 160 in Clark County on Tuesday June 12. The unidentified rider was discovered bleeding in the roadway just before 6 a.m. He was eventually transported by Mercy Air to UMC Trauma in Las Vegas.

Local emergency crews were faced with a very puzzling situation while responding to a recent motor vehicle crash.

The problem, Lewis noted, was actually trying to locate both the car and driver involved in the single-vehicle rollover accident, as there was no street address provided by the caller.

“There was a call from a cell phone to dispatch but there were no other secondary calls,” Lewis said. “Thus they had to utilize GPS because the driver didn’t initially know where they had this particular accident. We were dispatched in the area of Quail Run Road and North Barney Street, however, when EMS, fire and sheriff’s deputies arrived on-scene, there was no evidence of an accident.”

Additionally, Lewis said as there was not an address provided, dispatchers were forced to use a coordinates pattern to gain additional information.

“We began searching the area and found nothing, but the pinging kept coming back to that general area,” he said. “At one point, dispatch made contact with the driver, who indicated that at one point she heard voices. Using that as a reference, the only time there (were_ voices that she could have heard, was in the area a little bit further east on Quail Run Road.”

After frantically searching the area, Lewis said crews eventually located the flipped vehicle on a property which was well off the roadway.

As a result of the vehicle’s positioning and location, crews were forced to actually hand-carry their equipment more than 25 yards to gain access to the vehicle in order to free the driver.

“Through an in-depth search, they located the vehicle, which went through a perimeter fence, passed a group of trees, and ended up among other vehicles and trailers upside down. The investigation revealed that one occupant was mechanically entrapped and met flight criteria. Mercy Air-21 was added to the assignment and a landing zone was established at the north end of the runway of the Calvada Meadows Airport.”

Once freed, the driver was transported to UMC Trauma in Las Vegas, where she is expected to recover from her injuries.

“This was a mutual aid assignment in the area of mile marker 33 in Clark County,” he said. “ We were informed that the motorcyclist was laying in the median with severe bleeding and was not moving. Crews arrived on scene and found the accident as reported, where they then determined that the rider had sustained critical injuries. Mercy Air-21 was added to that assignment and a landing zone was established on Highway 160. Patient care was then transferred to Mercy Air crews and that rider was flown to UMC Trauma.”