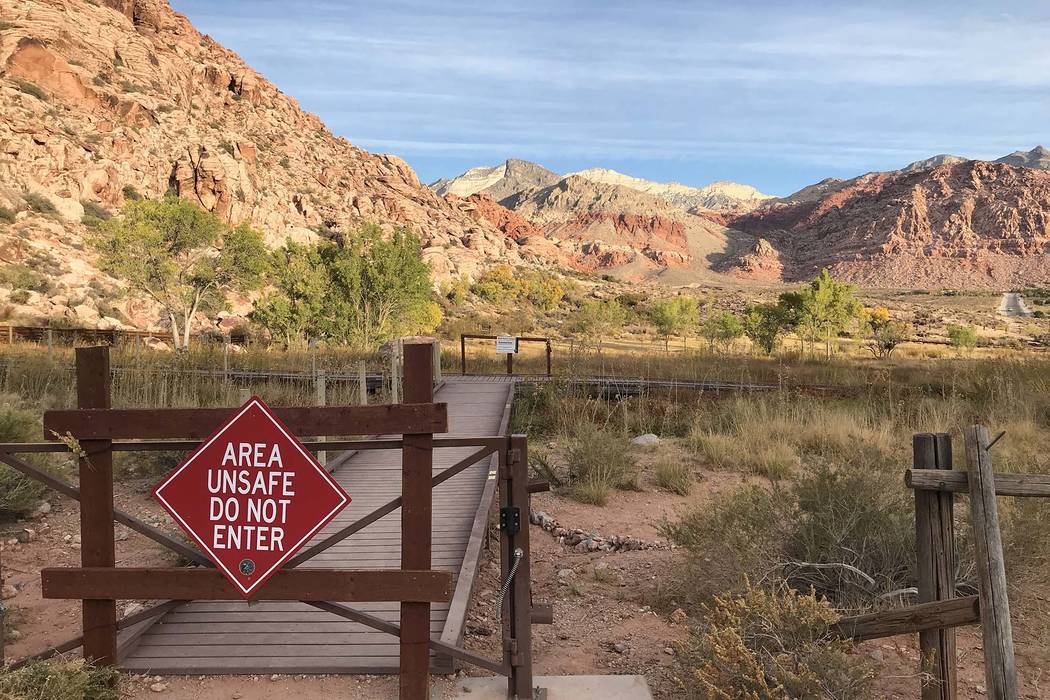 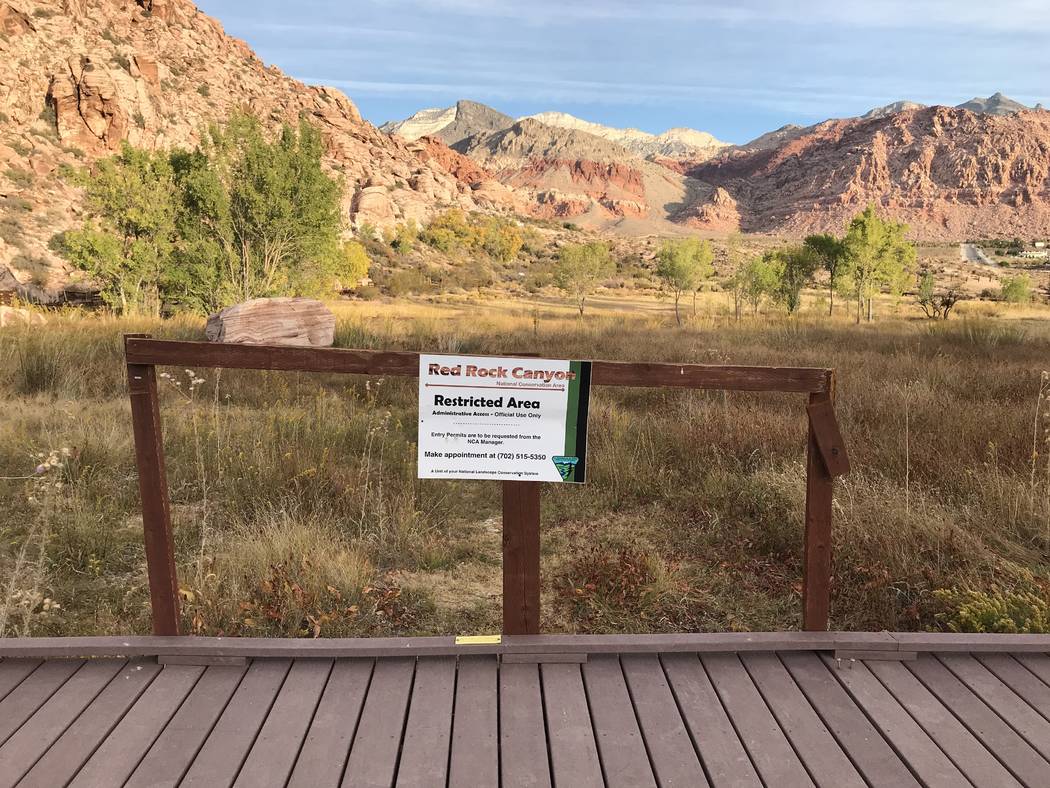 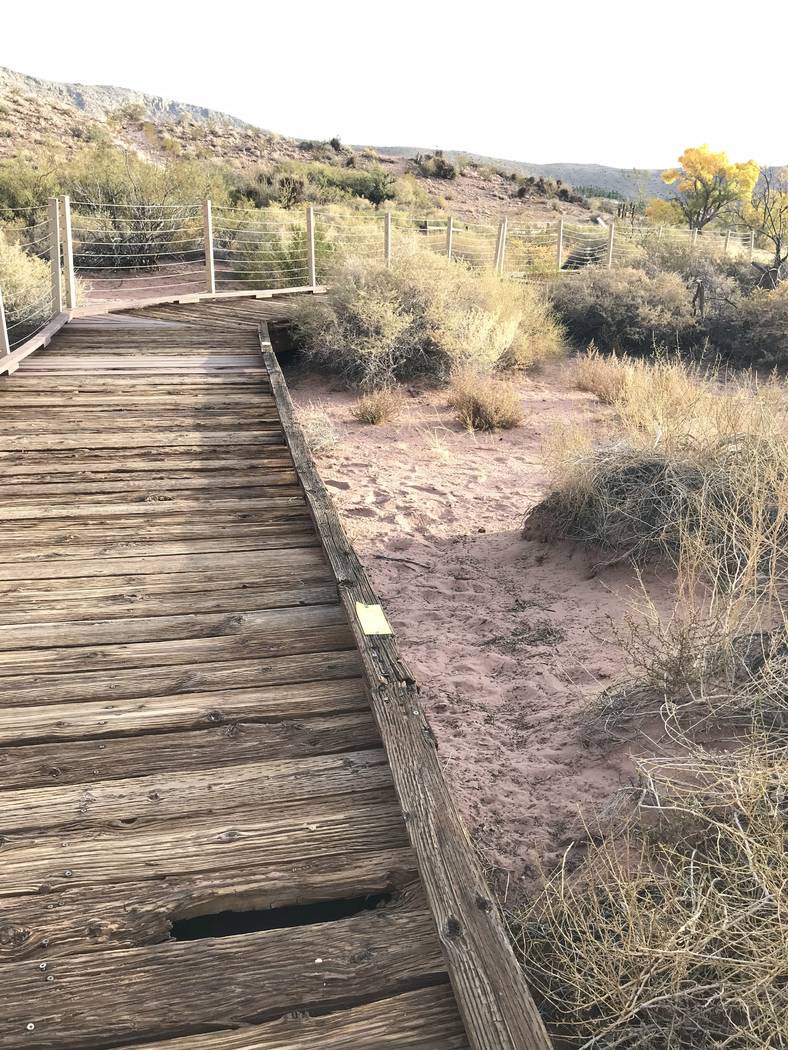 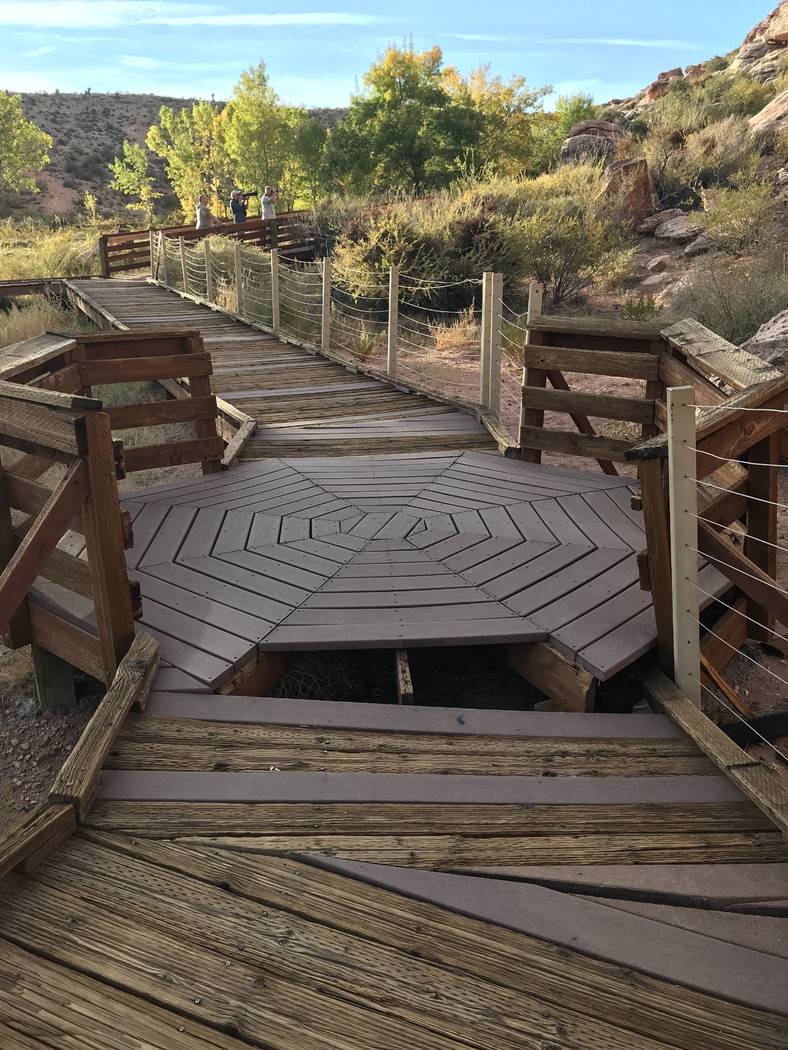 More than a year after it was closed for safety reasons, a popular boardwalk at Red Rock Canyon National Conservation Area is about to get a much-needed facelift.

The Army Corps of Engineers is slated to start work in early December on a complete replacement for the crumbling wooden boardwalk at Red Spring.

The half-mile boardwalk on Calico Basin Road, outside Red Rock Canyon’s core fee area, has been at least partially closed since July 2017.

The new structure will be built from a more durable composite material designed to last roughly twice as long as the original pressure-treated wood that was installed there in 2005.

The work will be done under a $1.2 million contract from the U.S. Bureau of Land Management, which oversees Red Rock Canyon.

“A lot of research and planning went into creating a new boardwalk that provides a quality visitor experience, protects sensitive habitat, and can stand up to the harsh environment and last many years with relatively easier maintenance,” BLM spokesman John Asselin said in an email. “This process took some time, but we are very excited that physical construction starts soon.”

Asselin said the project should take no more than about four months to complete. The construction area and a portion of the parking lot will be closed during the work, but the picnic area will remain open.

The BLM is offering the amphitheater at the visitor center as an alternate location for anyone who was hoping to hold a wedding on the boardwalk between now and next spring, Asselin said.

The raised walkway gives visitors a close-up look at a spring-fed alkali meadow while protecting the fragile marsh habitat for native plants, birds, insects and other wildlife.

In 2015, the BLM was forced to block off roughly a third of the boardwalk after a visitor fell through the deteriorating wood planks. That section was eventually replaced with composite material, as was a roughly 150-foot section of the boardwalk destroyed by an arsonist in 2006.

Eventually, though, BLM officials could see they were fighting a losing battle.

“We had been doing repairs to damaged areas, but the damage had become severe enough, repairs were not working and replacement of the boardwalk became the most reasonable option,” Asselin said.