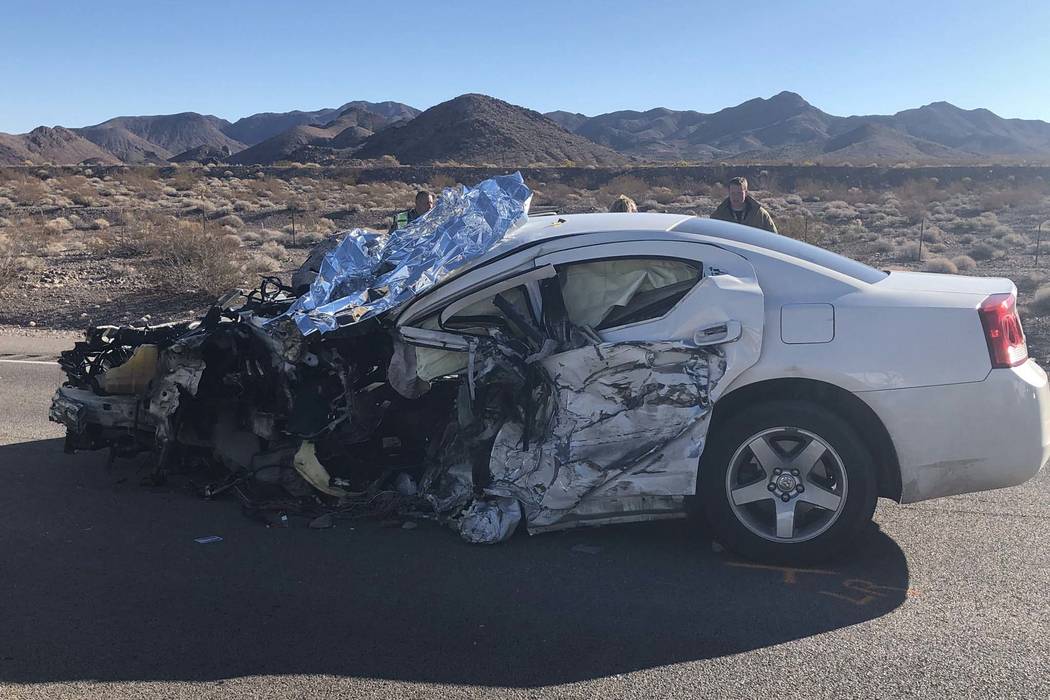 A wrong-way driver killed on U.S. Highway 95 south of Las Vegas has been identified.

She was Nicolette White, 27, the Clark County coroner’s office said Nov. 14. Her cause and manner of death were not released.

She was behind the wheel of a white Dodge Charger when it crashed with a tractor-trailer the morning of Nov. 13, the Nevada Highway Patrol said.

The crash was reported just before 4:20 a.m. in the northbound lanes of the highway at mile marker 44 between Boulder City and Searchlight, trooper Travis Smaka said. White died at the scene.

A witness who saw her driving south in the northbound lanes tried to flag her down but failed to get her attention, Smaka said.

The truck, which was heading north, tried to swerve to avoid the Dodge, but the car hit the rear of the truck, ripping off its double axle, Smaka said. The truck driver was uninjured and stayed at the scene.

There were no “obvious signs” of impairment inside the Dodge, such as alcohol bottles, but Smaka said, “we will need to wait for toxicology reports.”