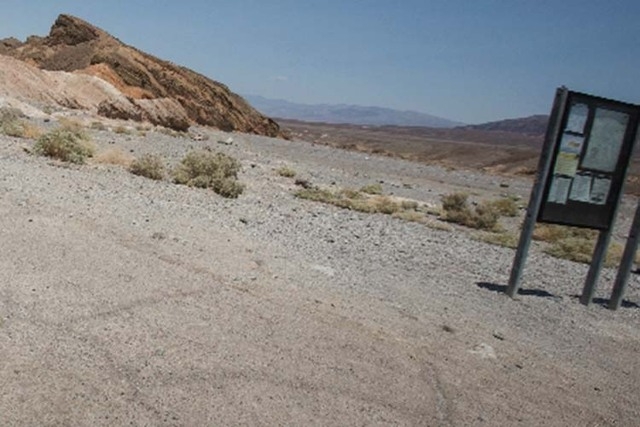 The National Park Service expects the work at Zabriskie Point, about 60 miles west of Pahrump, to take about four months.

The overlook and the area surrounding will be closed through April 30, though nearby California Route 190 will remain open.

Contractors will be restoring or rebuilding unstable support walls and improving overall safety conditions at the overlook.

The National Park Service initially planned to start the closure on Oct. 1, but the work had to be delayed.

The Pacific Coast Borax Company built the vista in the 1920s as a waystop for early visitors in automobiles. It was named after the company’s vice president and general manager, Christian Zabriskie, according to the Park Service.

For those looking for vistas of the valley floor and distant peaks during the closure, park staff recommends Golden Canyon, Artist’s Drive or Dante’s View.

More information on the park is available at www.nps.gov/deva.