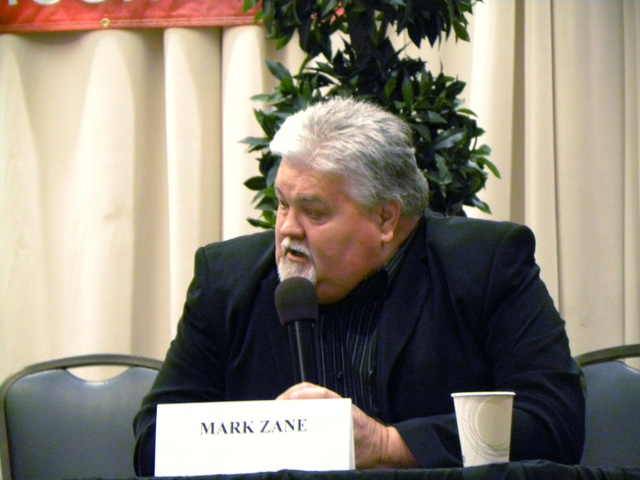 Mark Zane, a former undersheriff under Harold “Stick” Davis, finished ahead in the sheriff’s race in northern Nye County, according to a canvass of election day voting.

Only 10 votes were cast in the other Tonopah precinct, Precinct 15 and the county clerk’s office didn’t publish those results to protect voter privacy.

Zane is president of Zane Investigations, a private investigative company that does process serving, repossession and private security. He was recently the subject of a lawsuit over seizing the property of a defendant awaiting trial for meth trafficking.

Zane began work at the sheriff’s office in 1980 and was appointed undersheriff in 1983; he ran in the 1990 election for sheriff, losing to Wade Lieseke Jr. in the primary.

After the 1990 election, Zane went to work for newly-elected District Attorney Bob Beckett until county commissioners terminated his position due to budget issues.

He then sued the county and settled the case in court. Zane also ran for Tonopah justice of the peace in 1994.

The county canvassing only broke out precinct results for election day voting, early voting was done at only two locations in Pahrump and Tonopah.

Zane won Round Mountain with 17 of the 55 election day votes.

He also won Smoky Valley with 45 of the 113 votes, half of the 36 votes in Manhattan and was second to Wehrly in Beatty, with 63 votes to Wehrly’s 70. Marshall placed second in Beatty with 29. Becht was third with 14 votes.

Becht originally endorsed Zane until deciding to run for sheriff himself.

In Gabbs, where Marshall began his career as a deputy with the Nye County Sheriff’s Department, Marshall took 22 of the 77 votes to finish first. Galen Morgan “the constitutional sheriff” was second with 12 and Zane picked up 11 votes.

Wehrly won the election day vote in Amargosa Valley with 40 of the 130 votes, followed by Becht, 26 and Marshall 18.