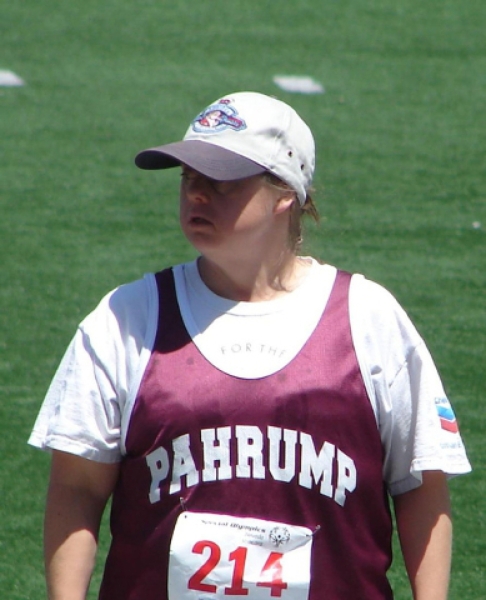 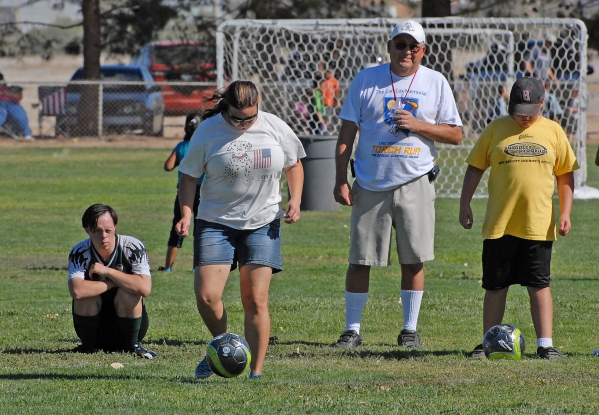 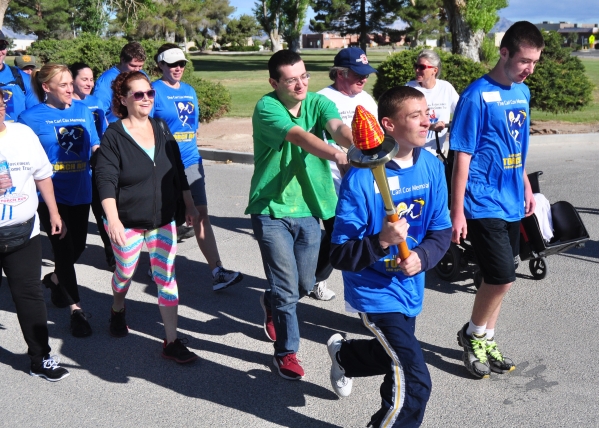 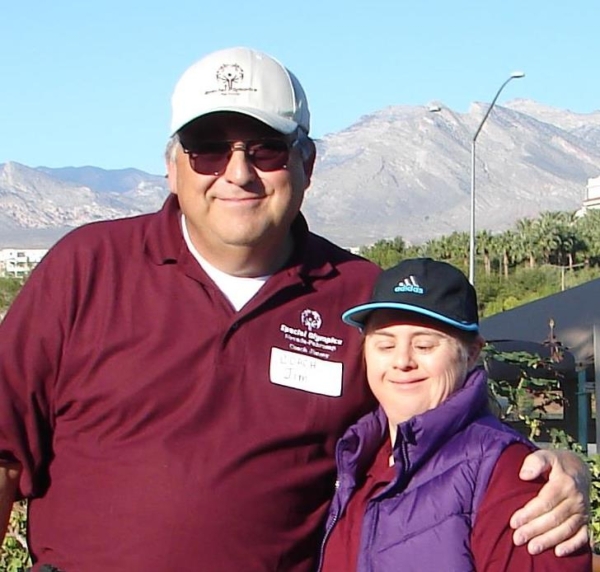 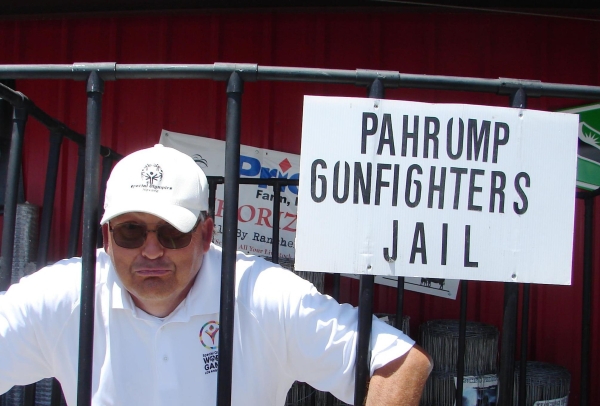 Soltz had volunteered for Special Olympics to spend time with his daughter Samantha, who is a special olympian. He is stepping down after suffering a major heart attack. He is now home recovering, but his doctors are not letting him out of the house and say his recovery will be slow.

“It may be February before I am allowed to leave the house, except for doctors’ appointments,” he said. “Thank you for the wonderful get well card. It raised my spirits with hope, although it is predicated that my recovery will be lengthy, we are taking one day at a time. Lastly, it is unknown just what the future will bring but I hope I can be an example of the athlete’s oath, ‘Let me win, but if I can not win, let me be brave in the attempt.'”

Soltz said anyone interested in taking over his voluntary position should contact Harry Mong at (702) 474-0690, ext. 202. Soltz has been the area director for two seasons. One of his major accomplishments was bringing back the Special Olympics Torch Run back to Pahrump Valley and revitalizing Special Olympics fundraising in the valley. He also introduced some new sports to the area, like soccer and softball.

Although Special Olympics never turns down an athlete due to cost, Soltz spent hours working on making Pahrump self-sufficient. He estimated it costs $5,000 to send Pahrump’s special olympians to the Reno Summer games each year and he wanted Pahrump Valley to pay for its own athletes to attend.

Last year Pahrump was able to make his fundraising goals, in which Soltz had hoped to cover the cost of at least the Reno games. Thanks to the efforts of Jim and all the Special Olympics supporters and volunteers, the Pahrump organization raised $13,000, which exceeded his goals. For his efforts he was named the Special Olympics Volunteer of the Year for Southern Nevada and nominated for overall volunteer of the year for 2015.

Southern Nevada Special Olympics said this about him: “Jim has a special place in his heart for Special Olympics. As the Special Olympics area director for Pahrump, he strove to improve the program in order to provide the athletes and volunteers with a positive experience.”

Many well wishers and supporters of Special Olympics in Pahrump praised Soltz for his hard work and said they would miss him.

“I feel he has really tried to bring our program here to the 21st century you could say,” Klem said. “By utilizing social media to get the word out about our athletes as to what they are doing and to communicate with parents. He also has tried to make the public realize about the fundraising we do and how the money is used for our athletes here in Pahrump.”

Bruce Cox, the Special Olympics basketball coach said the next area director will have very large shoes to fill.

“Jim always went above and beyond to do anything he could to help with every sport,” Cox said. “Having Jim as the area director was a true blessing and he spent countless hours making sure the buildings and fields were secured for all of the sports programs.”

Longtime volunteer Don Briskey said he will pray for Soltz and his family during this difficult period.

“I believe Jim leaving is an epic loss to our sports program,” Briskey said.

“Jim is a very kind, loving individual who gave so much of himself and his time to Special Olympics,” said Lesa Starnes, mother of a special Olympian.