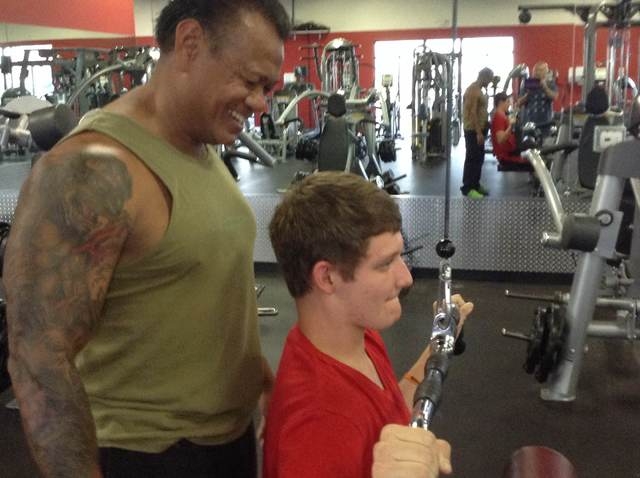 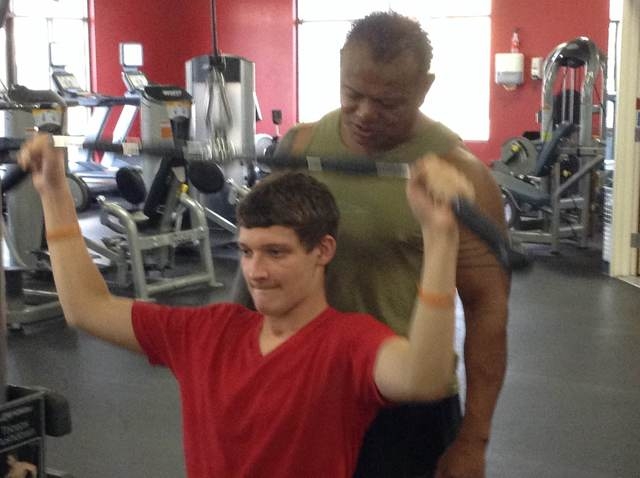 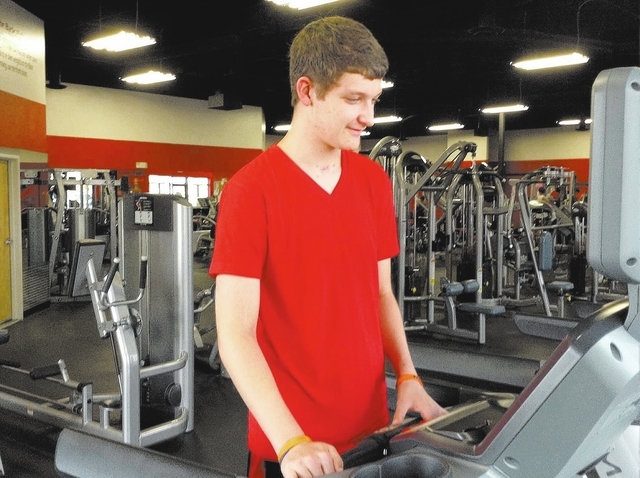 Pahrump Valley High senior Ty Wells is finding out lifting weights is not just for athletes as he rehabilitates from an early May vehicle crash.

He has been lifting with personal trainer George Arceo for seven sessions and has found out that weight lifting has some benefits.

“When I started with George this weight lifting thing was still new to me,” he said. “It was so new that he had to show me how to use the leg machines.”

Many people believe that since Arceo works with athletes, like mixed martial arts fighter Brandon Schneider, that most of his clients are athletes. Arceo said that this is the farthest from the truth.

“The majority of my clients are non-athletes like Ty,” he said. “Very rarely do I get athletes to train with me. Most clients just want to get in shape or lose weight. The trend is slowly shifting.”

Wells was a passenger in a 2001 Ford Mustang GT that rolled over on Highway 372 during a test drive. The driver was killed, but Wells and three schoolmates suffered varying degrees of injuries.

Of the four survivors, Wells was the most severely injured and, according to his mother Lynette Wells, spent 2 1/2 weeks in a coma, lost temporary use of his right side and lost 35 pounds.

“He now has 100 percent function of his right arm and leg, but they are weak,” she said. “He had to undergo speech and occupational physical therapy to regain control of his right side.”

Lynette Wells found Arceo online and consulted with him.

Arceo has his own weight training business and is a personal trainer in Pahrump who concentrates on building muscle.

He runs the “Body by George” program and trains at Custom Health and Fitness. He is a certified personal trainer who has been doing business for the past 14 years in Pahrump. He works with young teens all the way up to senior citizens and is an expert on losing the calories through resistance and strength conditioning.

Both of Ty Wells’ parents wanted to speed up his recovery.

“My husband and I wanted to get him back in shape and we heard about George,” Lynette Wells said. “This was something for him to do in addition to physical therapy and his doctor was in favor of it.”

Ty Wells said he knew going into the training that it was going to be hard.

“George pushes me,” he said. “He pushes me a lot and I love it. I had a limp prior to starting the sessions with George and that is gone. He also has me jumping and I couldn’t do that either.”

The PVT met up with Ty Wells at his seventh session with George and as he walked from one machine to another, there were no signs of a limp.

Ty Wells said most of the strength is returning to his right side because of the weight training.

“My physical therapy works on my balance and George worked on strengthening my muscles,” he said. “Without George I would be further behind.”

Arceo said that most people who get injured don’t know what to do to regain that strength.

“One thing people should realize is after an injury they can do something about it if they are willing to put the work into it,” the weight trainer said. “Ty is willing to work hard and those that work hard will have success. I have only worked with him for four sessions and he can’t believe all that he has done so far.”

Arceo also said he has worked with seniors who have had strokes or just have no strength to get up.