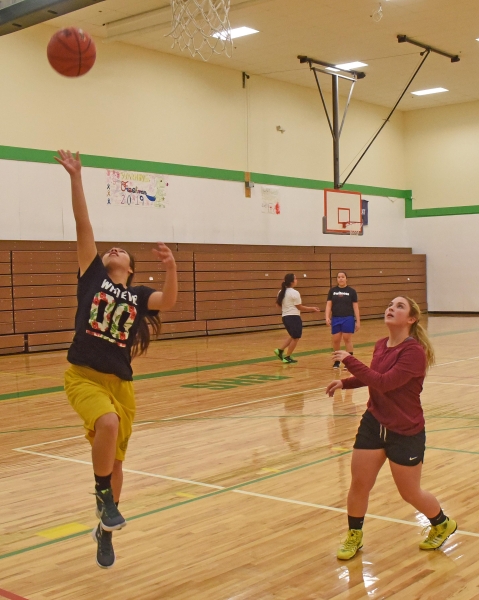 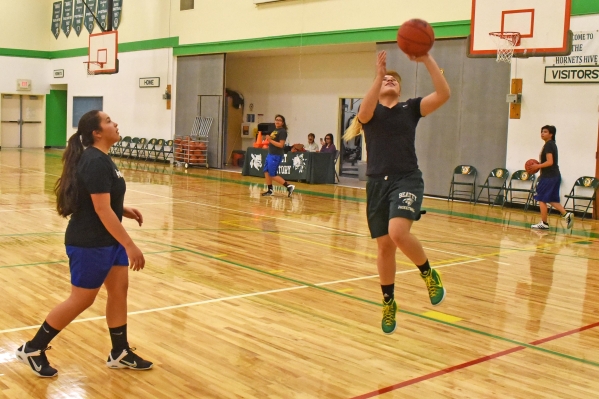 The Lady Hornets had a disappointing finish last year, finishing in seventh place 6-5. This year, with many returning players the girls hope to turn things around.

Beatty coach Amy Senior said her team may be small but they play hard.

“We have a scrappy team this year that will play some tough defense,” she said. “I have six returning players and a small bench.”

Beatty will play with nine this year with no JV team.

Senior said the strength of the team is its speed.

“We are a short team but we are quick and the starters won’t let others push them around,” she said. “I also like the fact that I have a core of girls, Lexi, Maggie and Denise, that work well with each other.”

The coach said the only real concern is getting rest for her team.

“I want to be able to put subs into the game and be sure that we won’t lose any ground during the game,” the coach said.

The team will be playing at the Beaver Dam tourney in Arizona this weekend, which starts on Friday and ends on Saturday.

“We are guaranteed five games,” Senior said. “We will take a good passing game to the tournament and we will work to solidify our defense.”

Beatty will be up against some of the same tough teams, Pahranagat Valley, who has won the state championship two years in a row, Round Mountain, who finished second in the division and Sandy Valley, who was third.

Of course Tonopah, who finished fourth, will also be tough this year.