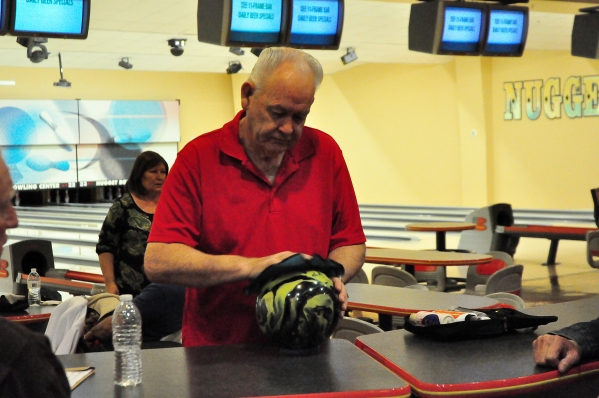 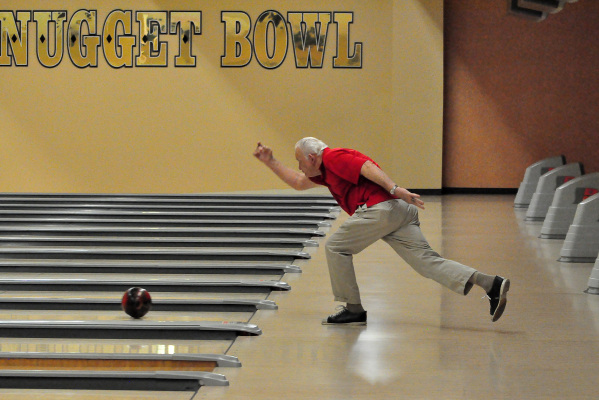 Pahrump bowler Jim Reynolds at age 73 is on a hot streak and bowling the best he has ever bowled in his life.

Lately he has had a fantastic run. In December he bowled three perfect games. On Dec. 8 he bowled two 300 games in one day, then he came back on Dec. 21 and did it again, and to start the New Year he bowled another 300 game on Jan. 5.

When asked what his secret was, he replied, “I got a new ball for Christmas,” Reynolds said. “The new ball is a Track MX-10 bowling ball and it makes a big difference. It was supposed to be a present and I opened it after Thanksgiving and since I did, I have bowled a 750, 803, 812 and an 824. That was the first time I ever bowled two 300s in one day.”

He said his new ball carries really well on the synthetic alley at the Nugget.

Reynolds said he has bowled eight or nine 300 games in Pahrump and five 800 series.

“I never dreamed I would be doing that,” he said.

The veteran bowler has been bowling since he was 16.

“My parents started me and I would sub for bowlers that didn’t show up on their team,” he said. “And I bowled for 50 years in Hayward, California. I bowled with a league and scratch league until I came to Pahrump in 2005.”

He said he now bowls in five leagues.

“I don’t have any problems bowling in five leagues because my wife bowls here with me,” Reynolds said. “My wife is a good bowler, around 174, and we have won a lot of doubles tournaments.”

The Pahrump bowler says he bowls more now that he is retired and that’s the other reason he is bowling so well.

“When I lived in Hayward, I was only in two leagues and now I am in five,” he said. “Back then I was happy to bowl a 600 and now I am bowling way better.”

Reynolds said another key to success is always bowl the same way.

“I do my four-step approach, my elbow is in and I come through the ball,” Reynolds said. “Some people sing a tune before they bowl, I have a mantra, which I say to myself every time I step up to the line, ‘Slow, slow and come through the ball. If I go too fast then I can blow it.'”

Reynolds said when he bowled his recent 300s nerves never came into play.

His final tip to bowlers looking to improve is never stop practicing.

“You can never beat practice and when I do I use all my balls to see how they react in different situations,” Reynolds said.

When asked how many more years he had in the sport, he said, “I can see myself bowling another 20 years because I come from hearty stock,” Reynolds said. “The majority of my family has lasted into their 90s.”