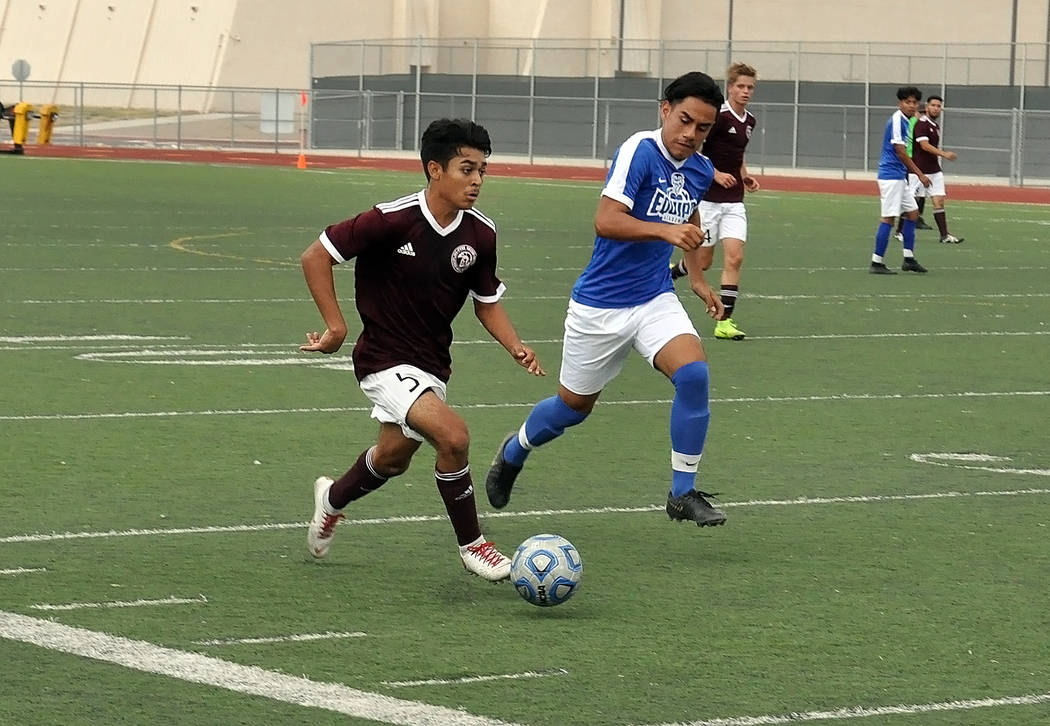 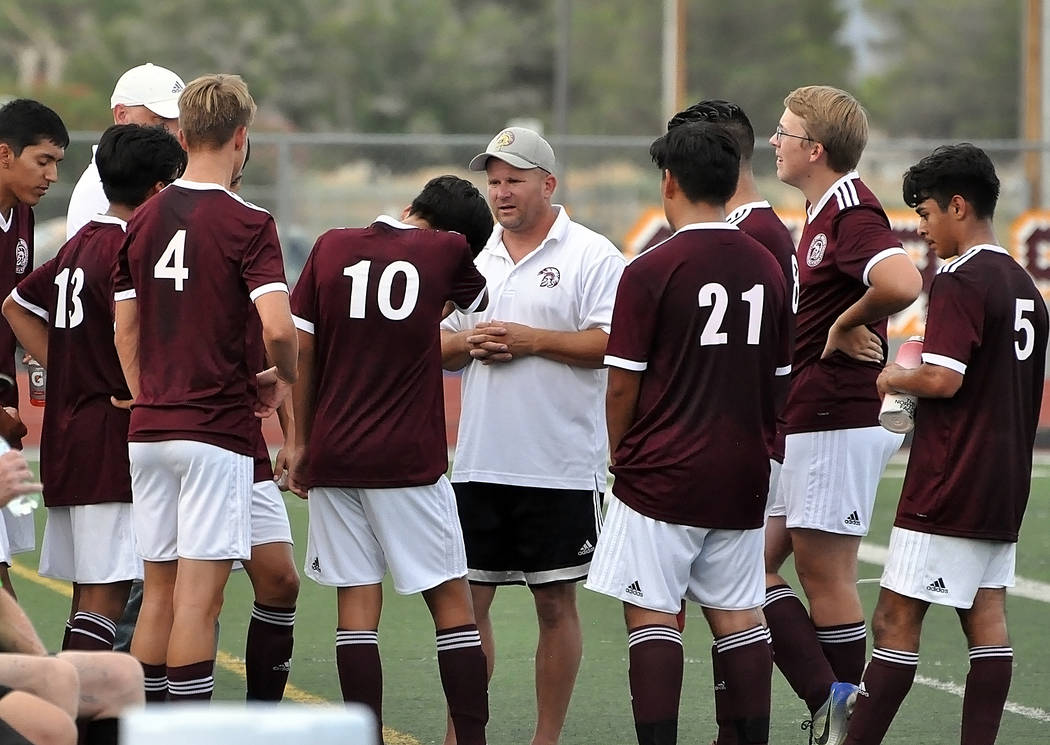 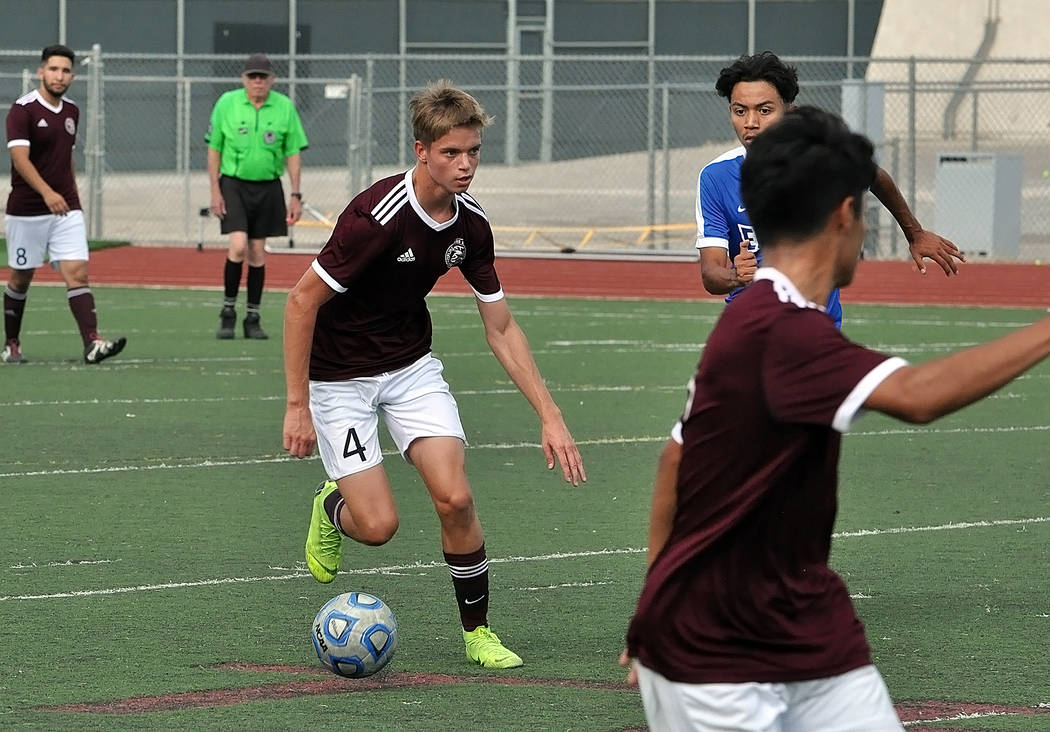 Two days after pounding an overmatched Somerset Academy-Losee team 16-0, the Trojans faced a far more skilled Equipo Academy team that had tied two Class 4A schools in its first three games. The Sunset League newcomer took advantage of a weak first half by the Trojans and recorded a 3-1 victory Thursday at Trojan Field.

“I was expecting a good game,” Pahrump Valley coach Chris Roberts said. “From some of the teams they played and things like that it’s not a team that I feel we can’t beat. They played well, and we made a few mistakes. We’ll learn from it and get better.”

The Trojans came out flat and spent most of the first half chasing down the Yeti. It seemed as if the visitors got to every loose ball first and rarely misplayed a ball, while the Trojans seemed to be a half-step short for the entire 40 minutes.

“We were a little flat-footed in the beginning; they were beating us to the ball,” Roberts said. “You can be kind of lulled to sleep by the game prior to this one.”

Roberts is talking about a Losee game in which three players recorded hat tricks and nine players put the ball in the net at least once.

“I didn’t even try to score that many goals,” said Roberts, whose team took an 11-0 lead at the half. “But it’s hard to contain the boys from going, especially when I put all my defenders up front. We’re thin as it is, so it’s not like I can substitute everyone out.”

Whatever the cause of the slow start, the Yeti took advantage with 2 goals barely more than a minute apart midway through the opening half. The second, off of a rebound, suggested a blowout was brewing.

But the Trojans came out a different team in the second half and provided the kind of toss-up game Roberts had anticipated. Suddenly the Trojans were battling better, not getting caught a step short and in general playing like contenders who came in unbeaten through three games.

And when sophomore Christian Mott hit what in tennis would be called a swinging volley of a pass from junior Rafael Nunez to cut the Yeti’s lead in half 10 minutes into the second half, it was anybody’s game.

“I switched my formation,” Roberts said of the different look the Trojans gave after halftime. “They were bringing in a rover and he was playing high, so I brought in another midfielder and switched to a 4-5-1.”

The Trojans created more scoring opportunities after halftime thanks to the switch. Mott had two more shots, one a grounder on goal and one a quick shot that went wide, and senior Abraham Alvarez hit the post in the 70th minute.

But the equalizer was not in the cards, and when Equipo counterattacked after defending a Pahrump Valley throw-in into the box and went the length of the field for a 3-1 lead, the game was over with roughly 3:30 remaining.

It was not the cleanest game in the world, as both teams received multiple yellow cards. And several calls both made and not made also raised the ire of the sidelines, especially when senior Koby Lindberg made what looked like a perfect tackle midway through the second half only to get called for a foul.

“We had a few things not go our way, to be nice about it,” Roberts said with a laugh. “You can’t leave it to the refs, and that’s just how it goes.”

The call gave the Yeti a free kick that resulted in a shot on goal, although Pahrump Valley keeper Ulises Salazar made the easy save. Salazar finished with 6 saves, most notably gathering in a ground ball in traffic in the 46th minute and punching away a 30-yard shot in the 66th minute.

Roberts said the key takeaway from the game was learning from mistakes, as the third-year coach does not look ahead during the season. It’s strictly one game at a time for the Trojans, now 3-1 overall and 1-1 in the Sunset League.

Next up for Pahrump Valley is a trip today to face Doral Academy in Las Vegas. Doral Academy is an associate member of the Nevada Interscholastic Activities Association awaiting full membership, when it will be a Class 3A school. Doral is 1-1 playing an independent schedule this season, defeating Adelson 6-0 and losing 5-0 to Virgin Valley. Game time at Doral Academy is 4:30 p.m.