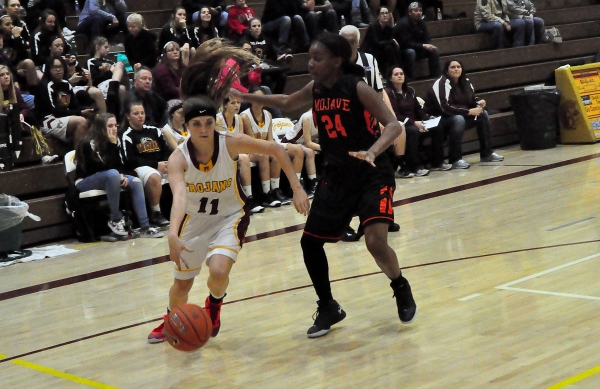 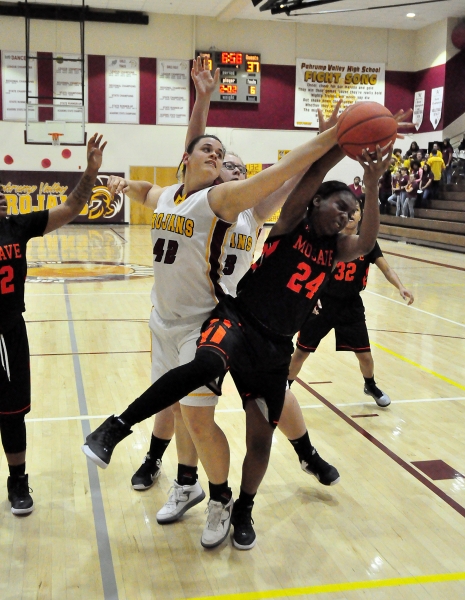 Some people just need a nudge in the right direction and they take off. Junior Bethany Calvert is one of those people. On Saturday against Faith Lutheran something clicked with her and she became a one-lady show. She had a career high of 17 points in the 67-29 loss to third place Faith Lutheran (13-6 overall, 5-2 Sunset League). On Monday, in the 45-37 loss to Clark (5-16, 3-6), she came back and did it again with 12 points just to let people know that Saturday was no fluke.

After the loss of Jill Smith earlier in January, the Trojans (1-10, 0-9) have been looking for a girl to step up and Calvert did.

Her coach, Jennifer Hagstrom was not surprised with the showing.

“She played great,” Hagstrom said. “She ran the show, broke the press and knocked down shots with confidence.”

“The issue is she’s playing point guard, so it’s her job to get everyone else involved,” she said. “Consequently, she has passed up shots earlier in the season. Hopefully after the game on Saturday, she will shoot the ball with more confidence and regularity.”

Calvert said before the Clark game that she thinks she found her groove.

“I had to step up with everyone being gone,” she said. “The Faith Lutheran game surprised me, but it also gave me the confidence I needed and I know I can do this.”

Lauren Ashford suffered a concussion against Faith Lutheran, but was cleared to play against Clark; she had 8 points along with Sabin Chaidez.