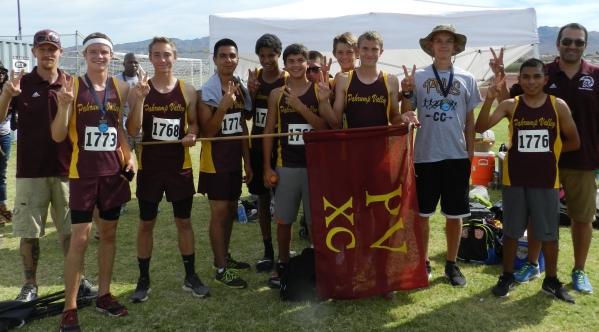 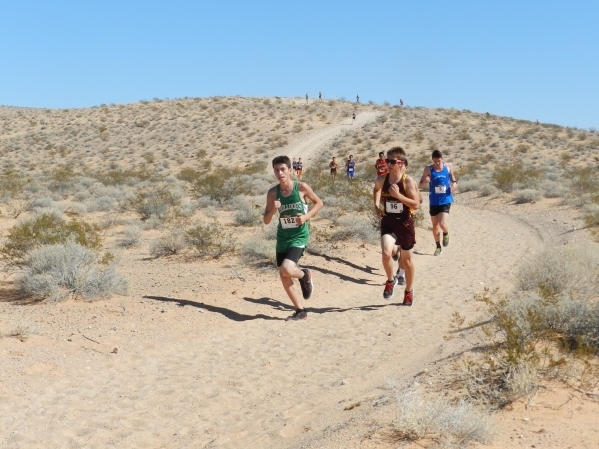 Trojans boys cross-country went to the Falcon Invitational and took second place. It was the best finish so far this year at an invitational or meet for the boys.

The bulk of the Trojans ran in the freshman-sophomore division. Green Valley finished first with 69 points, Pahrump second with 116, Basic third with 146 and Coronado fourth with 150.

The meet had 19 teams and 217 runners in the freshman-sophomore division with most of them being Division I teams. Pahrump was one of five small schools in attendance.

Again, sophomore Bryce Odegard took first place to lead the team. This was his fifth first place of the year and a personal best (16:39.7). Sophomore Layron Sonerholm also had a personal best (18:07.9) and came in 11th place. Cole Goodman broke the 20-minute barrier (19:00.7), finishing 26th. He also ran a personal best. Freshman Sergio Sanchez was not far behind (19:08.3) with a personal best and a 31st place showing. Ulisses Perez was the fifth best runner, who almost broke 20 minutes (20:12.3) and freshman Jacob Cipollini was not far from breaking 20 also (20:22.2).

Having more runners under 20 minutes is what propelled the Trojans to a second place.

Trojans coach Chris Funk had said a week earlier that he was positive his team could get more runners under 20. As the Trojans improve, they become come closer and closer to making the goal of going to state as a team.

The girls team finished in 10th place out of 12 schools and ran the bulk of their runners in the junior-senior division.